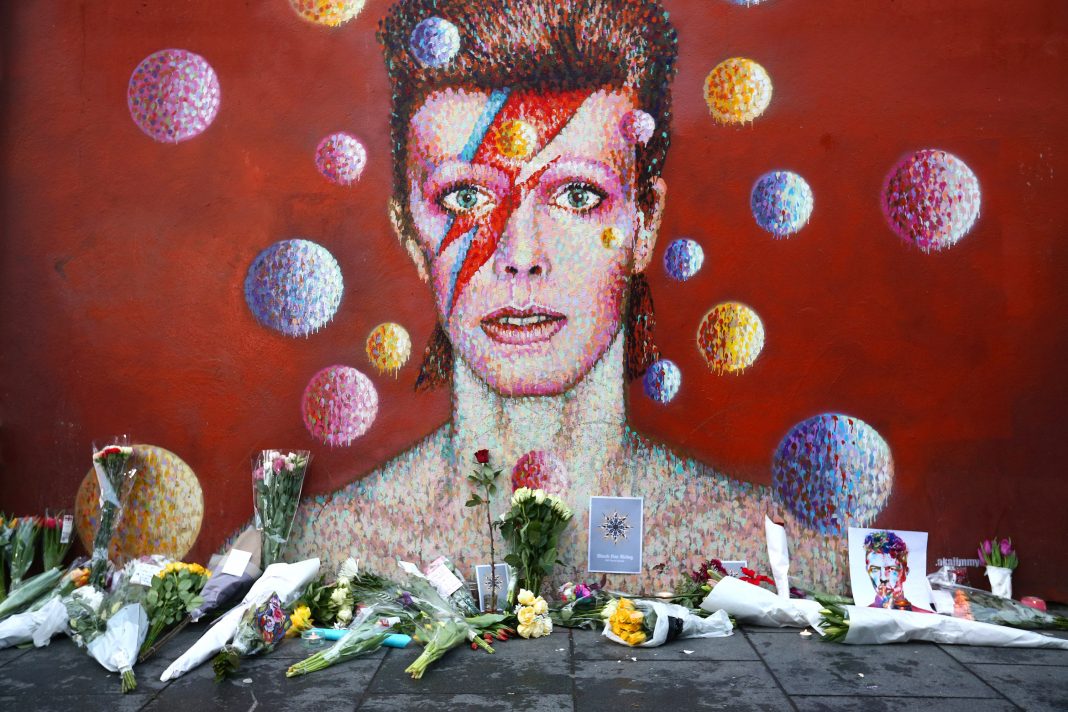 You wouldn’t expect openly gay actor/singer/comedian Lea DeLaria to have a baby daddy. But she does. And it’s David Bowie. “He’s totally my baby daddy,” she says. “First of all because I love him, and second, when we consider that this record is my baby, then David Bowie is my baby daddy.”

The record in question is House of David, her jazz interpretations of some of Bowie’s classic songs (“Fame,” “Space Oddity,” “Rebel, Rebel,” and “Young Americans,” among others). It’s a passion project for DeLaria, who crowdfunded the album in early 2015. If you are surprised that “Big Boo” from Orange is the New Black sings jazz, get this: House of David is her fifth record in the genre. DeLaria will be performing selections from the album at this Saturday’s fundraiser for Grand Performances downtown, but we caught up with her ahead of it to talk about Bowie’s lasting influence on her and how her latest record came to be.

Why David Bowie?
David Bowie was a hero of mine, as he would be to anybody who is a little out of the ordinary in the entertainment industry. When I was a little kid growing up in the Midwest and knowing full well that I was gay—when I came out, it was illegal to be gay in every state of the union—I heard and saw David Bowie for the first time, and for the first time someone was validating me. He was saying it’s okay to be weird and it’s cool to be gay.

Does his music lend itself to jazz?
Yes. I’m not doing anything ironically. I mean these in a true jazz tribute to David Bowie. The kind of jazz I do is so weird; I’m not up there singing the American Songbook. People in jazz always pitch the same thing over and over again. When somebody like me comes along, it takes a little more convincing.

How did you select the songs?
The idea was to choose songs that went to number one and huge hits. There’s only one song that’s not incredibly well known, and that’s “Boys Keep Swinging.” I have two favorites: “Suffragette City” and “Life on Mars.” I could almost do a second record. “Queen Bitch” is a great song, and maybe that’s on another record. I’m not going to end here. I’m such a huge fan. I could do “John, I’m Only Dancing” and “TVC15” in a big band version.

How aware was Bowie of this project and did he ever see you perform his songs?
His band of back-up singers came to see the show many times. He was going to come see it. We had just worked it out. The logistics were complicated for him to come, and then he died. He put it up on his Web site. He was very supportive of this project. It was horrifying when he died. I never had my life change so much by the death of a total stranger.

If you could have asked David Bowie one question, what would it have been?
“Mr. Bowie, what is the driving force of your artistic creativity?” I think he’d say, “Life.” I think some people are just true artists, and there’s nothing else. I think Bowie was one of those people.