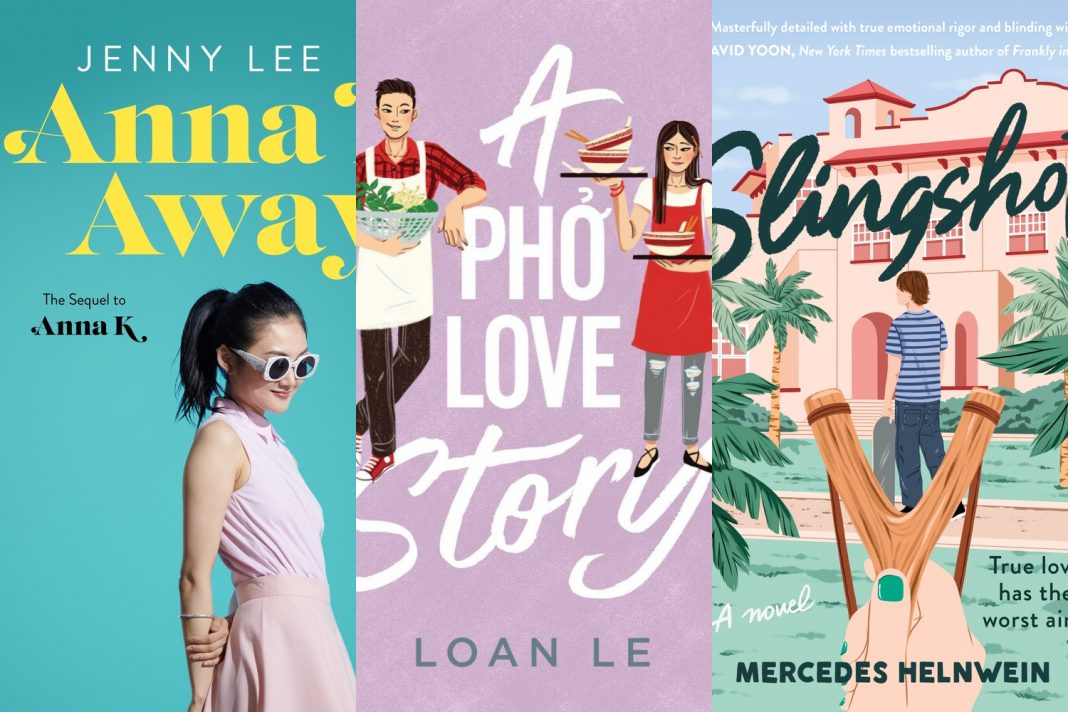 In a year already filled with an insurrection, a second impeachment trial, and loads of Zoom meetings, we could all use some lighthearted distractions. Below are five young adult books we can’t wait to read this spring.

The highly anticipated sequel to Anna K, a modern take on Leo Tolstoy’s timeless love story set between New York City and Greenwich, Connecticut, follows Anna and her friends over the course of the next summer as they grapple with Vronsky’s tragic death and take time apart from each other to discover who they really are.

In addition to being a novelist, Lee is a television writer and producer, who has worked on IFC’s Brockmire, BET’s Boomerang, Freeform’s Young & Hungry, and Disney Channel’s Shake It Up. Anna K was Lee’s first YA novel; previously, she published a number of middle-grade novels and humor collections.

Carmen Aguilar simply wants to earn her high school diploma and leave high school—and all the social drama that accompanies it—behind forever. One credit short of being able to graduate, Carmen is forced to accept an internship with a company whose employees dress up as Disney princesses for children’s parties and quinceañeras. Once Upon a Quincañera marks Gomez-Hira’s literary debut.

My Epic Spring Break (Up) by Kristin Rockaway (April 6)

For straight-A student and super coder Ashley, her entire high school existence has been about preparing for college. But when her plans are suddenly thrown off course and spring break is just around the corner, Ashley decides to let loose and truly follow her desires for the first time.

A former software engineer, Rockaway’s earlier published novels include How to Hack a Heartbreak, She’s Faking It, and The Wild Woman’s Guide to Traveling the World. In addition to My Epic Spring Break (Up), Rockaway has another upcoming novel, Life Unscheduled, which is set to be released in September 2021.

Two Vietnamese American teenagers fall in love amidst their families’ long-lasting feud over their competing restaurants that are located right next door to each other. A Pho Love Story is Le’s debut novel; her stories have been featured in CRAFT Literary, Mud Season Review, and Angel City Review.

Stuck at a boarding school located in the swamps of Florida, Grace Welles has decided that self-imposed loneliness makes school slightly more bearable. That is, until the new kid, Wade, comes into her life, and Grace finds herself reevaluating her entire view of the world. Slingshot is Helnwein’s debut novel.