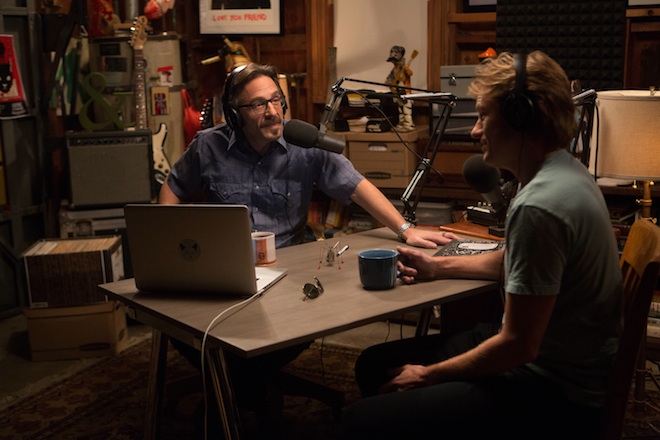 WTF Is This? It’s the Trailer for Marc Maron’s New TV Series

In the vein of Louis C.K.’s Louie, comedian and master podcaster Marc Maron has his own television series with a meta-storyline that closely (and painfully/hilariously) resembles his own life, down to the garage studio where he records his wildly popular WTF podcast. IFC just released a teaser for the series, which debuts May 3, and features appearances by Denis Leary and Illeanna Douglas, with Judd Hirsch on deck to play Maron’s dad. Here’s to the angriest man in your headphones bringing his rage to your flat screen.