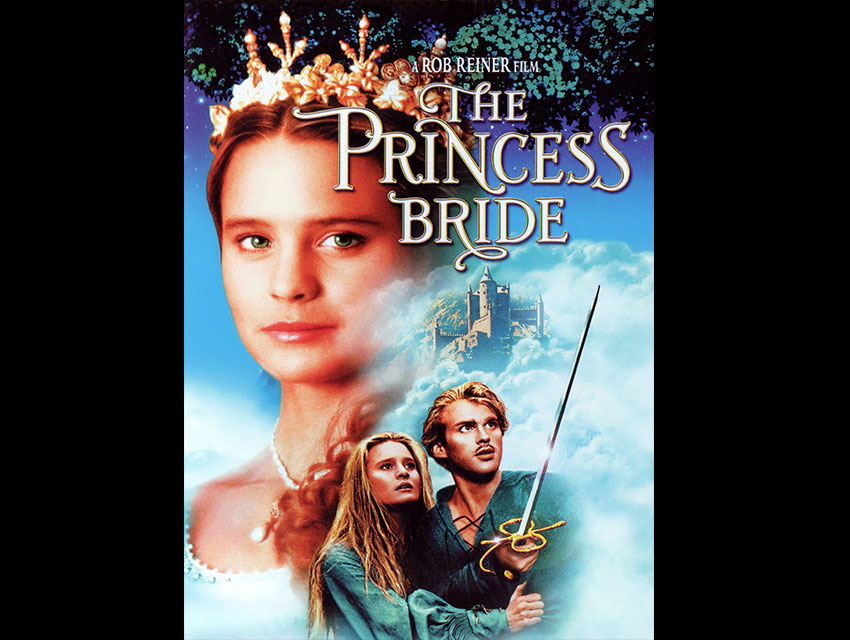 When the notorious online drug market the Silk Road was shut down last year, fans of the movie The Princess Bride let out a collective chuckle because of the site operator’s name, the Dread Pirate Roberts. Based on one of the main characters in The Princess Bride, a feared sea captain who handed his name down to his predecessors, it was the perfect moniker; when the Silk Road was reopened by a new webmaster, he also operated as the Dread Pirate Roberts.

It goes to show how deeply the 1987 movie has penetrated pop culture. Star Cary Elwes went on to act in the movies Robin Hood: Men in Tights, Days of Thunder, and Saw, but wherever he goes fans want to talk about one thing, The Princess Bride.

When the movie was being filmed, its actors—among them Elwes, Robin Wright, Mandy Patinkin, and Wallace Shawn—had no idea it would turn out to be such a cult classic. Made over four months on a modest budget, it earned an underwhelming $30.8 million in its first run, and everybody moved on with their lives. Then sales began to pick up. People wanted to own it, to watch it over and over, to recite lines like “Hello, my name is Inigo Montoya. You killed my father. Prepare to die,” and “Never go in against a Sicilian when death is on the line!” Adults who had seen it as kids bought it to show their children, and a new generation fell for the flick.

That devotion inspired Elwes to write a behind-the-scenes book about the movie. As You Wish: Inconceivable Tales from the Making of The Princess Bride, released on October 14, is for hardcore fans. It begins a few months after the Chernobyl nuclear disaster with Elwes getting a call that director Rob Reiner and his producing partner Andy Scheinman want him to read for the lead in Berlin. They had to consult maps indicating areas to avoid due to nuclear fallout. The first read-through of the script ended with the entire cast breaking out in spontaneous applause. Getting fitted for his black pirate costume and mask, Elwes spent an uncomfortable day in a full-face cast, sipping air through straws in his nose so his mask would fit perfectly. Then he found himself in a swamp, uttering his first line, “You know, it’s not that bad. I’m not saying I’d like to build a summer home here, but the trees are actually quite lovely.”

Every couple of pages there’s a blurb that offers perspective from someone else who was involved in the movie: Reiner, writer William Goldman, Billy Crystal. It’s a fond look back at a movie that still holds a special place in fans’ hearts.

On October 23 Elwes will visit the Barnes & Noble at The Grove to talk with Jon Lovitz about the book. On November 17 he’ll be reading at Book Soup. Until then, here are some of our favorite insights from the book:

Two Little Girls Inspired the Book
Explaining what inspired him to write The Princess Bride, screenwriter William Goldman says: “I was going to California on a trip, and I told my daughters, ‘I’ll write you a story; what do you want it to be about?’ And one of them said, ‘Princesses!’ and the other said something about brides. And I said, ‘Okay, that will be the title.’ I went out and wrote the first two pages and then I stopped. And then years later I went back and finished the book.”

How Andre the Giant Learned to Play Fezzik
“According to Rob, Andre had at first expressed trepidation about being in the film. Being French (his real name is Andre Rene Roussimoff), he was apparently highly insecure about his ability to speak English fluently. Rob eased his concerns by sending him an audio-taped version of the scene he wanted him to look at involving Fezzik so Andre could listen to it and study it, and then, if he was so inclined, read for the part… Eventually the whole script was put on tape for him so that he could understand and memorize his role.”

The Greatest Swordfight in Modern Times
The fighting scenes were to be filmed late in production so the actors would have time to prepare for their fights. After spending several weeks practicing for 40 hours a week with professional sword-trainers, Elwes and Patinkin also had to practice in between every shot. “Unlike the other actors, we would not have the luxury of any downtime. ‘If you have a single free moment, we’re putting a sword in your hand,’ they promised. And they weren’t kidding. They were on set every day, lurking in the shadows, waiting for any opportunity to grab Mandy or me.”

Buttercup Caught on Fire the First Day of Filming
“Was I apprehensive about shooting a scene that involved an unstable element on another actor? Especially fire? You bet. It occurred to me that even though Robin was wearing a full layer of fireproof clothing beneath her flame retardant dress, her face and hands would still be exposed.”

Problems With the Rodents of Unusual Size
The R.O.U.S.’s were actually little people wearing rat costumes. On the last day of shooting in the swamp the, only person who could do the fight scene with Elwes didn’t show up. They later found out he had been arrested for drunk driving the night before. “After some more consultation with Rob, Andy, and the other ADs, it was finally decided that we would have to make do with me wrestling a stuffed rat—the same one that was thrown at me from off camera by Peter Diamond after my line, ‘Rodents of Unusual Size? I don’t think they exist.’ Believe me when I tell you that wrestling a ‘rubber rat’ felt even sillier than wrestling a little person inside a rat suit.”