Home Film From Phone Sex to Factory Labor, a Look at How Women Work... 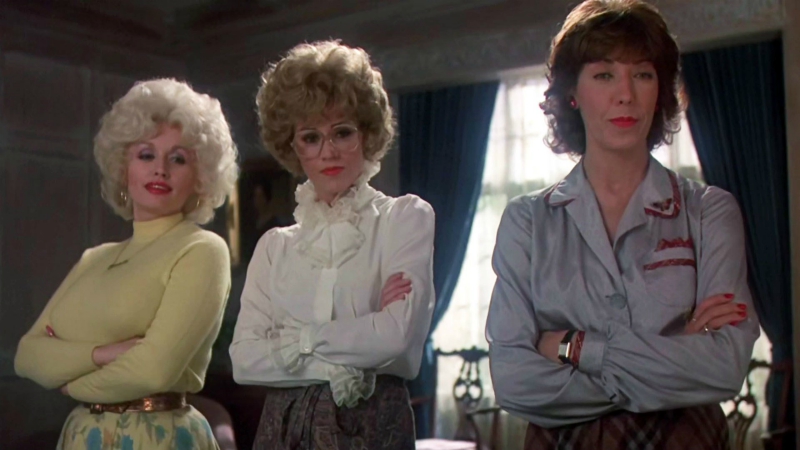 When UCLA Film & TV Archive programming assistant KJ Relth thought up the idea for Working Girls: America’s Career Women on Screen, a film series on the topic of women at work, Cinefamily was thriving and Harvey Weinstein was a legendary producer. She hadn’t intended this two-month series to be a statement on women in the industry or women in the workplace, but rather a fascinating exploration of women’s shifting roles. But because it’s 2018, this carefully curated collection of 20th century depictions of women’s work—from 1930s classics like She Married Her Boss to pulpy teen comedies like Don’t Tell Mom the Babysitter’s Dead—has become an eye-opening showcase.

“I’ve never considered Don’t Tell Mom the Babysitter’s Dead as anything more than a light comedy,” Relth says with a laugh. “But it’s about a teenage girl who has zero qualifications who is believed and listened to by her superior, and who, in the end, puts on this incredible fashion show that changes the entire trajectory of her company.”

Relth reflects on how rare it is to see a young woman taken seriously, in real life or in the movies. She would know. She whittled the program down to 13 films from 80 that met her initial criteria of being American, featuring communities of women and having something to say about the past/present/future of women at work. But she realized early in the process that she’d have to abandon the prerequisite of the film being made by a major studio.

“I realized I had to open that up a little,” Relth says. “Otherwise, the program would have been entirely about white women. In diving into independent productions or even Dimension films — the one-offs from larger studios — that’s where I was able to find a more representative depiction of a more diverse range of women.”

Spike Lee’s Girl 6 and Kathleen Collins’s Losing Ground both came from combing through independent films. The former, written by Suzan-Lori Parks, follows the career path of an actress who stumbles into the supportive environment of a women-run phone sex agency. The latter tracks the ambitions of a college professor whose romantic life cataclysmically affects her career. Both films feature African-American actors—and are written by women—but they also portray the diversity of work performed by women. Add to these two Sally Fields’s turn as a fiery labor organizer in Norma Rae.

“I’m glad we expanded it beyond women at desks on typewriters,” Relth says, “because I don’t think that offers a sincere, accurate or diverse representation of the labor women engage with.” Of course, she does concede that in watching hours upon hours of pre-code studio films depicting women typing away, she came to notice the patterns in architecture of women’s workplaces. She notes the tall, ominous ceilings, the doors three times the size of the petite actresses opening them — this was because sets were constructed in huge hangar studios on the lot, but the effect of their appearance uniformly showed how small these women were in this big man’s world. But as the movie-production industry changed, so, too, did the sets. Watching Dorothy Arzner’s Working Girls (1931) alongside Mike Nichols’s Working Girl (1988), for instance, perfectly encapsulates both how much has changed—the offices, the hair, the women’s ambitions—but also how much has not.

Relth points out that from 1931 to 1988, there seemed to be about the same number of women portrayed in the workplace. The only difference is that in Working Girl, there was one woman with power, Sigourney Weaver’s Katharine Parker. It’s no surprise then that Melanie Griffith’s impressionable Tess McGill would seek to emulate Katharine. “We see Tess in Katharine’s apartment, putting on her makeup, trying on her clothes, using her exercise bike…It’s an interesting portrait of how complicated those relationships can be.”

Weaver will be in attendance for the inaugural night of screenings on February 2 to talk about her iconic corporate villainess. Relth is hoping the celebrity draw will bring folks in to reexamine Working Girl and convince them to stay for the lesser-known titles, as well as a screening in conjunction with indie microtheater Veggie Cloud, featuring a video supercut of some of the most formative television moments of women in the workplace, co-created with Suki-Rose Simakis.

Both the Veggie Cloud and Don’t Tell Mom the Babysitter’s Dead screenings are free to the public, but Relth says she wants to make sure that Women in Film, Los Angeles members know they can get in for free for all screenings.