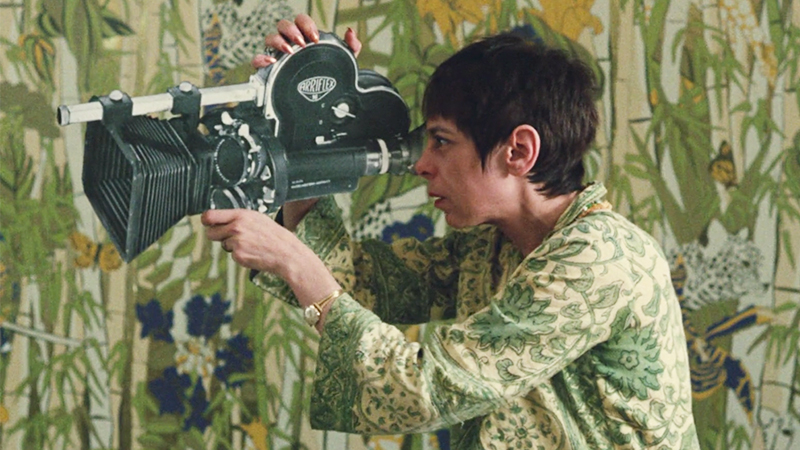 When you think of iconic movies featuring Los Angeles, you might fall back on a few classics like Chinatown, Boyz ‘n the Hood, or even The Big Lebowski. All great movies, but all made by men. At the upcoming Women Under the Influence film festival, organizers are hoping to add a few more titles to the list with a program of essential L.A. movies by female filmmakers.

“The spark of the idea actually came from a love of Agnes Varda’s “California Period,” particularly the not-often-seen movie Lions, Love (…and Lies), which is Varda’s exquisitely beautiful and quirky take on Hollywood’s counterculture,” Women Under the Influence founder Tabitha Denholm says of where the idea for the “L.A. Stories” series originated.

Denholm discovered that Viva Hoffman, the Warhol “superstar” who appears in Lions, Love (…and Lies) was alive and well, painting watercolors at her home in Palm Springs. Hoffman agreed to appear on stage when the festival takes place in Idyllwild later this month, and, from there, the “L.A. Stories” plan started to take shape.

“Clearly the Hollywood story is the dominant film narrative of L.A., but there are so many more narratives that reflect the diversity of this unique city. I was excited by the idea of reflecting that,” Denholm says. “The story of the L.A. Rebellion for example, the predominantly African American community of filmmakers at UCLA in the ’60s through to the ’90s. We have a group of the wonderful women from the L.A. Rebellion joining us to let us know about a movement that was written out of cinema history and show their films.”

While Women Under the Influence has been staging screenings and events around female-directed films since 2015, this event will be their first full festival, and they’ve packed the three-day schedule full of events, panels, and movies. There will be a 20th anniversary celebration of Boys Don’t Cry, appearances by Karen O. and Dianne Warren, and a special screening of Wayne’s World with filmmaker Penelope Spheeris and actor Tia Carrare.

The “L.A. Stories” program involves three screenings–Lions, Love, (…and Lies) along with two new films–as well as a panel conversation about women of the L.A. Rebellion. Each will be accompanied by directors and other people from each production, on hand for post-screening talks.

“The difficult part of the selection was all the films we wanted to include but just didn’t have space for,” Denholm notes.

Tickets to the festival, which runs September 20 to 22, are available to the public and can be purchased online–but for those who can’t make it out to Idyllwild, Denholm let us in on why these three films are essential viewing for any Angeleno.

Three L.A. Films Made by Women, Selected by Tabitha Denholm of Women Under the Influence

L.A. Woman Rising (2019): L.A. Woman Rising is a documentary presenting 50 Los Angeles women interviewed only at the moment they wake up in the morning. With original poetry, dream-like montages, and a rousing musical score, director Nana Ghana captures the unmasked expression from women of all walks of life in the city. This film gives a completely new perspective on the realities of Los Angeles living–also, Ghana is a beautiful force of nature.

Play the Wind (2019): We are excited to host the West Coast premiere of Alex Prager’s latest flight of fancy. Play the Wind, staring Riley Keough, follows a nostalgic drive through Los Angeles that tumbles into a dream. The way Alex Prager’s art and film work, including Play the Wind and her recent book, Silver Lake Drive, relates to Los Angeles, has been compared to the way Toulouse-Lautrec related to Paris or James Joyce related to Dublin.

Lions, Love (…and Lies) (1969): There is no way we could have a film festival without paying homage to Agnes Varda this year, and it only seems fitting we should focus on her visions of California! Underground cinema icon Shirley Clarke is playing a version of Agnes in the film. The film stars Warhol superstar Viva Hoffman as the lady who lives in the hills with her two lovers.