Home Books Mark Z. Danielewski Embarks on One of the Most Ambitious Book Projects... 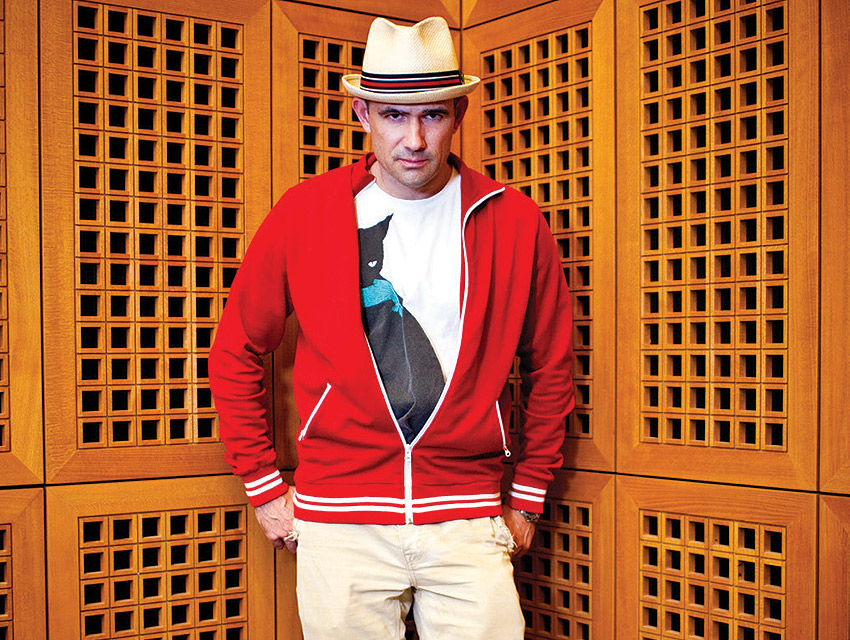 The graphomaniacal genius novelist Mark Z. Danielewski has finally written his “L.A. book,” one thoroughly simmered in our city’s bubbling, pungent stockpot. The Familiar is also, incontestably, the shortest 880-page novel you’ll ever read. Between ample white space and psychedelic, font-happy typography, it flies by with the breakneck surrealism of lived experience. Danielewski comes by his cinematic style naturally, having done grad work at USC before writing his terrifying first novel, 2000’s House of Leaves, followed six years later by the National Book Award-nominated Only Revolutions.

The Familiar is nine fully populated stories in one, modulating from Silicon Beach to East Los Angeles to Singapore, yet always returning to its home: the family of a gifted, fragile 12-year-old girl in Echo Park. Astonishingly it’s but the first volume of a 27-part invention—a roughly 20,000-page serial “love letter to Los Angeles,” as he calls it, which Danielewski’s publisher plans to release at an unprecedented two-book-a-year clip over 13½ years. “A friend of mine asked, ‘Are you stressed?’ ” Danielewski says, natty in his signature “stingy-brimmed” straw fedora, “and I said, ‘You know, I have no energy left to give to stress.’ ”

Watching the 49-year-old thinking out loud is the best show in town—and the hottest ticket—whenever he ringmasters the Halloween adaptation of his novella The Fifty Year Sword onstage at REDCAT. “You just don’t get this in New York City,” he marvels. “Out here people will always listen if you’ve got a crazy idea. And in my case they kept listening, so here I am.”

Danielewski and 50 other L.A. writers traveled in 2009 to the Guadalajara International Book Fair. He credits the friendships he found and renewed there with helping him decide to write The Familiar. Here, a few of his go-to sounding boards from the class of ’09:

Aimee Bender
An Invisible Sign of My Own and The Particular Sadness of Lemon Cake are among the sense-bending novels and stories of Bender, who teaches at USC.

Sarah Shun-lien Bynum
A professor at Otis College of Art and Design, the National Book Award-nominated author wrote the linked stories of Ms. Hempel Chronicles, about a schoolteacher who is far less prepared in class than Bynum would ever be.

Laurie Ochoa
In 2010, when she was coediting the L.A. literary journal Slake, Ochoa published Danielewski’s “The Promise of Meaning,” a widely read essay about the importance of poetry. Today Ochoa is on staff at the L.A. Times.