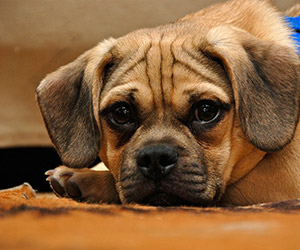 In Chino Hills, just beyond the Community Center and the Trader Joe’s, Tina Bevan at Silver Rose Ranch tends to her rat condo. All in a day’s work.

“I think sometimes the rats try to taunt the dogs,” she says. “They’re not at all traumatized. Trust me.”

Doting on the rats is a part of what it takes to prepare for the ranch to host Barn Hunts—a relatively new dog sport that’s suddenly catching on across the country. Though the sport began in Columbia, Missouri as the brainchild of Robin Nuttall, a proponent of dog sports and agility since the 1980s, Bevan was one of the earliest Barn Hunt converts.

She signed on to host trials at the ranch all the way back in 2014, helping to bring the sport to life in Southern California. “I just kind of immediately saw the potential that this could really be very popular,” she says. So much so that, in those early days, she was inspired to drive to Arizona just to sit in on a judge’s workshop.

In some ways, the surreal nature of the sport belies its simplicity. The basic structure involves taking live rats and confining them in segments of aerated PVC. You then hide the rat-occupied PVC enclosures among a maze of straw bales. When the dogs are brought in, they’re judged on their ability to sniff the rats out, cleverly eschewing any rat-litter-filled PVC meant to distract them.

It’s a procedure driven by Robin Nuttall’s enduring question: What work is a dog meant to do? Nuttall, a lifelong owner of Dobermans, found herself at a loss when she was gifted a miniature pinscher puppy about 16 years ago. Fully grown, it would reach about 10-12 inches—not much bigger than a large McDonald’s coffee. She named the dog Zipper.

Inexperienced with a dog so small, Nuttall began looking into the history behind Zipper’s breeding, stumbling across the min-pin’s legacy as vermin hunters.

“They were there to get rid of the mice,” Nuttall explains. “That was their job.” And though the American Kennel Club had different sports available for dogs bred to hunt, she couldn’t find any sports that didn’t exclude Zipper on the basis of his breed. She began thinking of all the other dogs that might be similarly excluded: the Australian Shepherds, the soft coated wheatens, the German pinschers…

“I wanted to do something with my dog to prove that he could do what he was bred to do,” Nuttall explains. Is that so hard to understand? And thus, forged on an if-you-build-it-they-will-come kind of mentality, the idea of Barn Hunt was born. She wasn’t sure what exactly would come of it. But people drove in from as far away as California. It’s been growing ever since.

Today, Bevan is just one actor in an intricate SoCal community of Barn Hunters. Readying the grounds of her ranch as a gathering place for this community is a process that begins weeks ahead of time. She rakes, she sets up two 24×24 rings with PVC lattice and support poles, she brings in 50-60 bales of straw. It takes her about six weeks alone just to input entries into the system. Lessons outside of formal competitions run $40 per half hour.

For Bevan, a large part of the appeal is seeing the teamwork play out between dog and handler, and an even greater part of the appeal is the fact that really anyone can join in. It’s something Nuttall calls a “gateway sport,” in that participants who have never been involved in dog sports can watch a Barn Hunt video from their sofa on a Friday and then find themselves in a ring practicing with their dog on a Saturday. Accessibility is key. But if accessibility is what draws people in, community is part of what keeps them.

Bevan has regular participants coming in to train from Bakersfield all the way down to San Diego. And when regionals come around, the dogs come from even further: Idaho, Montana, Utah.

Thousand Oaks resident Beth Chilton dutifully attends regular lessons as she molds her dogs into true competitors. She comes out to Silver Rose and she works in private lessons with Marie Doremus–who sometimes judges Barn Hunts for Bevan. As a competitor, Marie has also attended events at Action Dog Sports in Moorpark, another early Barn Hunt institution in Southern California.

Julie Sandoval at Moorpark has been working with dogs since she was 11 and she knows just about everyone. She runs classes twice a week, with 12-15 dogs per class, $20 per dog. It’s a booming business, and one that has quickly recovered from pandemic delays.

This network of Southern California Barn Hunters is not exactly small, but it’s certainly tightly linked. Ask around and one competitor is sure to know another. “It’s one of the things I liked the most about Barn Hunt,” Chilton explains. “I’m sure you’ve heard stories about how cutthroat the competition can be in the confirmation world. Somehow Barn Hunt has retained its very easygoing, collegial, cooperative feeling. It’s a really key aspect of the Barn Hunt experience, at least in Southern California.”

For Doremus, meanwhile, competing and judging is something of a portal back in time. Over the phone, she gets emotional as she reflects on her most thrilling Barn Hunt moments, remembering her boyfriend, who died a year ago, guiding their dog through the second Barn Hunt Nationals. Watching the quiet teamwork between the two was borderline cinematic.

“Your dog communicates to you,” she explains of that unique Barn Hunt magic.

Echoing Chilton’s appreciation of the Barn Hunt community, she looks forward to making it out to compete in Bakersfield in October, and she is particularly excited to see those friends she’s become so close with. In fact, she was one of the first to hear when Chilton’s prize Barn Hunting Corgi Echo recently passed away. One of the first signs he was falling ill was a flawed performance in a Barn Hunt lesson with Doremus.

“He missed two rats,” she explains soberly. “He never misses a rat.”

And for all of the fortified bonds between dog and owner, Barn Hunter and fellow Barn Hunter, it’s the rats that linger oddly in the background. Sandoval and Bevan agree in their insistence that the rats get something of a kick out of the sport, despite any argument from skeptics. Sandoval keeps 20-27 rats, bringing only the “optimum rats” to practice, and houses the rats, outside of practice, like any other domestic mammal—equal to the canine athletes.

“They’re all pets,” she insists.

“I don’t think they understand like, ‘I’m punching the clock,’” she says of the rats. “But they understand the dogs can’t hurt them.” They would never open the PVC for the dogs to claim their prize.

Though, Sandoval recognizes that, for the dogs, “Hope springs eternal.”

This past July, Silver Rose Ranch hosted an event: “Rats by Moonlight.” From 3-10, you could show up, eat some barbecue, and hunt some rats. Tina Bevan judged. Marie Doremus showed up with her dog, Jeep. A floodlight cast lattice-shaped shadows on the competition ring. Spectators gathered as Jeep found one rat, Marie passing it off to the Rat Wrangler, all business. The next two rats came just as quickly. Jeep continued jumping from Tetris-ed straw bales, the surrounding California oaks spectral in the gray evening moonlight. When he finally cleared the ring, Marie threw her arms around Tina in excitement. The gesture paralleled the image of Jeep, afterwards, jumping up to Marie in a delighted fit.

And while it may be odd to imagine the rat condos and the litter-filled PVC and the crowds driving from all over the country to compete, to volunteer, or even to just watch, ask any of the human competitors—Tina, Marie, Beth, Julie, Robin—and they’ll all tell you in no uncertain terms: Barn Hunt will not only endure, but continue to grow in popularity with both dogs and owners. They promise that it’s just too much fun not to.

Why Do Some Palm Trees Around the City Have Metal Bands Attached to Their Trunks?