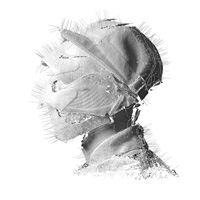 Is Yoann Lemoine a visual artist who sets his haunting monochromatic videos to music? Or is he a musician who embellishes his tribal, electronic-tinged pop songs with baroque short films? You can find out for youself this Friday (October 25) when he performs at at the Fonda Theatre.

The 29-year-old French multi-media artist better known as Woodkid was supposed to perform last November at the Luckman at Cal State L.A. but Hurricane Sandy derailed his plans. He and his crew were on the East Coast and travel snafus caused by the storm made it impossible for them to get to Los Angeles in time. Here’s a chance for a do-over.

Woodkid, in addition to directing high-profile videos for Katy Perry, Taylor Swift, and Lana del Rey, served as the inspiration for Dior Homme’s Fall-Winter 2013 collection. Somehow, he also found time to record a full-length album, The Golden Age, which he released last March. The title track’s video, a gorgeous slow-motion montage, plunges model Agyness Deyn into a realm that is equal parts medieval melee and futuristic video game. Now, the genre-bending polymath brings all his talents to bear on a live concert stage.

Want to win one of the three pairs of tickets we’ll be giving away? Enter here before Thursday, Oct. 24 at midnight.

All of L.A.’s Free Museum Days in September