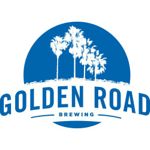 You remember good ol’ Aunt Sally? No, not the crazy one that used to give you ugly sweaters for Christmas. I’m talking about the classic British drinking game where “competitors attempt to knock a ‘dolly’ (small wooden figure) off of a metal pole using a piece of wood.”

Really? You’ve NEVER heard of it?

Proceeds from this tournament go to the California Craft Brewers Association (CCBA).