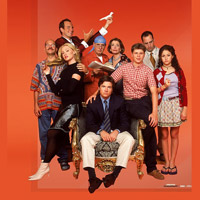 Arrested Development superfans got the opportunity of a lifetime a couple weeks ago: the chance to win a coveted walk-on role in the show. As part of the “You’re Gonna Get Some Walk-Ons Contest,” six winners will be chosen from a teeming mass of fans waiting for their moment of glory. No word on whether they’ll have to wear blue bodypaint. The lucky six will appear on the show’s fourth season, which is set to debut in the spring of 2013 on Netflix.

Winners — chosen by reps from Netflix as well as the cast and producers of Arrested Development — will be announced on October 31. Though the submission process is closed, we sorted through a sea of banana stands and Funke memes to find the some of the worthiest contenders. Our top three picks:

1. Marc T. compiled a highlight reel with some of the best lines in Arrested Development history—and added his own animations to go with it.

2. Itai I’s world of Bluth blue us away. The postcard-like snapshots were complete with quippy captions for everything.

3. Chance K. made a series of self-standing paper dolls (complete with outfit changes), probably as stand-ins to keep him/her company when the network first announced the show’s cancellation.