Home Animals Soooooo. What’s Up With All the Parrots in Pasadena? 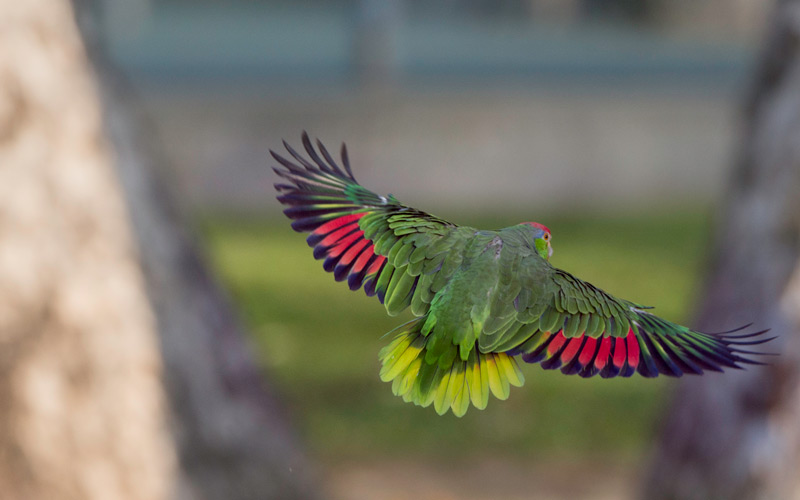 Of the dozen or so parrot species that can be heard squawking in the region, the red-crowned parrot is among the most numerous. Urban legend has it that the exotic flock began with birds that escaped a burning pet store or were released from Busch Gardens when it closed. In reality, some escaped their confines, and some were released from the pet trade. Then the highly social birds got busy.

Mostly green with a flash of red on top, the parrots generally stick to older areas like Pasadena, which offers plenty of mature fruit trees and seeds. Though they number in the several thousands here, they’re endangered in their native eastern Mexico, where as few as 2,000 remain in the wild. Their main threat? The pet trade.