In the year 2022, standing next to his Ukrainian wife, Mila Kunis, Ashton Kutcher has become one of Hollywood’s leading voices of support for the Ukrainian people as Russia’s ceaseless attacks on the country continue. The famous couple even received a special thank you tweet from the president of Ukraine, Volodymyr Zelensky, after raising more than $35 million for the war-ravaged nation.

It’s hard to believe that just more than 20 years ago that same Ashton Kutcher was running from large-breasted space aliens, talking about “shibbying” with Sean William Scott and asking “Dude, where’s my car?”

But the man who wrote those words knows a thing or two about reinvention.

Phil Stark made the move from Texas to Los Angeles in 1995 to be a screenwriter. After appearing as an extra and a PA on a movie called Orgazmo written by two newcomers named Trey Parker and Matt Stone, Stark joined on as a writer for a new show called South Park.

Stark was credited as the writer of the first Halloween episode and “Mecha-Streisand,” and as the show blew up, so did he.

“It was crazy,” Stark said. “It went from zero to hundred in very short order. So I was there for the beginning, and that really launched my career.”

Like so many writers before and after him, Stark had been struggling to get his script in the hands of an agent. But after South Park exploded, “it turns out all you have to do is have a writing credit on an amazing hit show once-in-a-generation thing to get an agent,” he said.

Stark went on to become a writer for That 70s Show, where Kutcher was about to become a star. Stark had been writing some sketches, and he had two characters he was developing. But lunch with a friend helped give him the idea he had been looking for that would allow him to use those sketches and those characters.

“I knew I had something there,” Stark said. “And then a good friend of mine couldn’t find his car one day. We were hanging out, eating Chinese food and he was like ‘I can’t find my car.’ He had gotten drunk one night and parked it somewhere in Hollywood. And he ended up finding it about a week later.”

Stark had worked with Kutcher on the first season of That 70s Show, and when it became clear the movie was actually getting made, the producers asked Stark about the young actor. “I told them I thought he was hilarious, great to work with and perfect for the part,” Stark said.

While not a blockbuster, the movie made money, and the title joined “Where’s the Beef?” in the cultural lexicon. Michael Scott even tried to quote it in an episode of The Office. To the layman, it might appear that Stark had made it, and his days of writing on spec and waiting for Hollywood to call were over. The reality was far different.

“The opportunities got fewer and further between,” he said. “I became less happy with simply developing, meaning sitting at home writing a script and hoping somebody would buy it.”

In The Sun Also Rises, Ernest Hemingway wrote of a character who went bankrupt “gradually, then suddenly.” Stark said that’s how the decision to change careers came to him.

“Change in general in anybody is something that happens very very slowly until it’s sudden,” he said. “And that’s how it worked with me. I was unhappy for a long time. I knew that I couldn’t just sit at home writing scripts and not doing something else, but I didn’t know what else I wanted to do. And then the suddenly happened when I finally was sick of doing it. I was in therapy, and I was able to say I’m really not happy doing what I’m doing.”

So at 45 years old, Stark went back to school. He enrolled at Antioch University in Culver City, and he graduated two years later in 2020 with a Master’s Degree in clinical psychology. Now Stark is training at the Southern California Counseling Center as an associate marriage and family therapist.

“I love it so much,” he said. “It’s so amazing to sit down and focus on somebody else, to feel like you’re helping somebody else.”

And Stark has found a way to combine his old job with his new job.

“Dude, Where’s My Car-tharsis?” came out in January, and Stark is proud to note that it’s “ the Number One bestseller at the Hudson News outlet at the Hollywood-Burbank airport.”

The self-published book is 50 short chapters that Stark describes in the introduction as “a guide to talk therapy, including what can bring us to it, what we can expect it to be like and what we can hope to get out of it.” The chapters have names like “The Stinky Cheese Smell of Shame,” “The Hamster of Love” and “I (Don’t) Like Big Buts.”

“I was really burned out on writing screenplays and pilots,” Stark said. “But to sit down and write more from the heart and more from my experience and with a much truer voice that reflects who I really am was an amazing experience.”

To get licensed as a therapist in California, Stark has to put in 3,000 total hours of clinical experience. But until then, he can see patients under a supervisor, a man named Nick Bognar.

“Yes, Phil is a good therapist,” Bognar said. “He’s learning all the time. He’s off to a really killer start in his career.”

But wasn’t that always the case?

“The funny thing about therapy is it’s almost no one’s first career,” Bognar said, noting that he worked as an executive for an HR company before changing paths.

“Success is wonderful, and it forgives a multitude of sins,” Bognar said. “But then there’s a point when you want more or you want different. And if you have the opportunity and the privilege to follow that, then you better.”

Bognar said that Stark mentioned in his job interview that he had been a writer in his past life, but he didn’t go into specifics.

“Certainly it was unexpected and interesting to me when Phil revealed to me the stuff he had written in his past career, but a lot of times we find that our past career only takes us so far and then we want to do that self-exploration journey and then sometimes we like that journey so much that we turn it into our next career,” Bognar said.

Bognar even saw Dude, Where’s My Car? in the theater when it came out.

“I’ll tell you candidly in college I didn’t smoke marijuana, and so it didn’t make a lot of sense to me,” he said laughing. “So at the time it didn’t fly over my head as much as it flew past my head.”

Bognar said it’s up to Stark as to whether he tells his clients about his famous scripts, and therapists vary on whether they should share their own experiences with their patients.

“They should know that I’m there to support them and listen to them, but I don’t have to be the guy who wrote this movie or worked on this tv show to them,” Stark said. “That being said, some clients google me, and some of them are fans and we sometimes talk about the movie or the book or the tv show or whatever.”

Stark says if he ever does write a sequel, it will be for the book and not the stoner movie with the famous title and heavyweight cast.

As for his own story, Stark said he could “see it being a great story for a producer.”

“Of course, I don’t think I’d be interested in actually writing it,” he said. “I’ve been around the block enough times.” 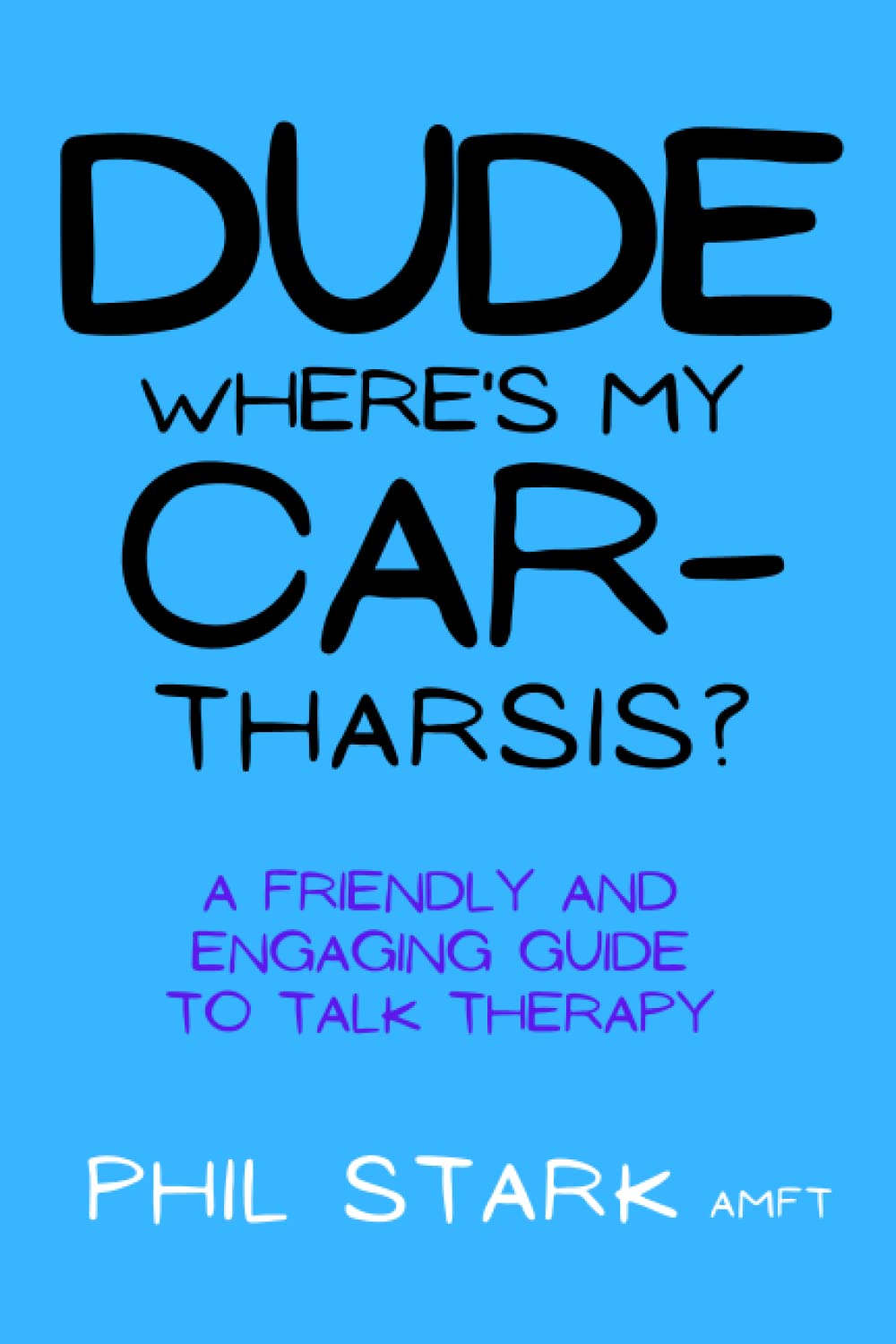