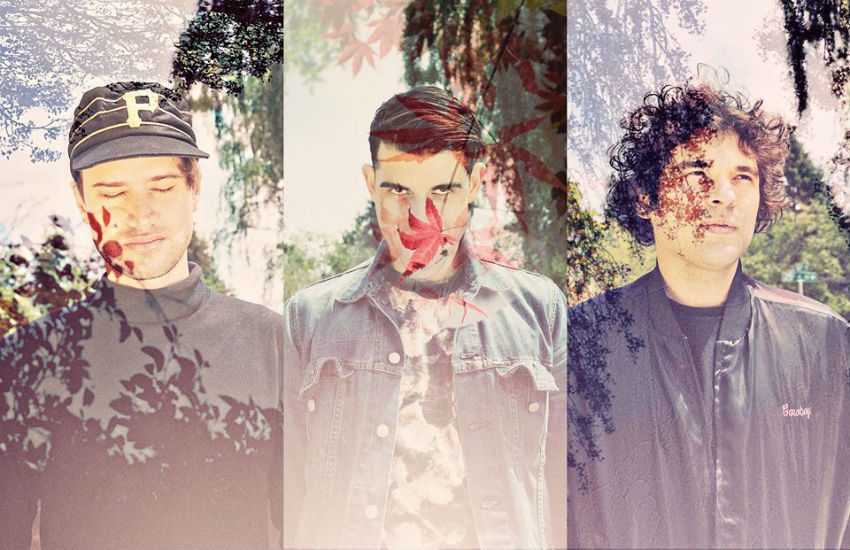 When White Arrows’ euphoric energy infects you at the Roxy this Friday, the culmination of their first-ever headliner tour, don’t ask how it’s happening, or why—just let it take its course. Since the L.A.-bred and -based band burst onto the scene in 2007, when Nylon wrote up their debut song, they’ve been labeled everything from tropical pop and crunk, to psychedelic rock and indie electro pop. But, while their sound might be associated with the bands they’ve toured with—The Naked and the Famous, Santigold, and The Neighbourhood, among others—front man Mickey Church doesn’t truck with genre or style. As he says, “I personally am influenced by so many different things it just ends up being what it is—which people have a tough time defining.”

We talked with Church as he paused from preparing for the tour—for which he was purchasing boxing gear to spar with his bandmates while on the road—to delve a little deeper into life as an accidental musician, encounters with Travis Scott, New York’s vampirism, and L.A.’s very alive music scene.

► “Being in a band and being a musician was a total accident,” Church says. “So it was a kind of happy mistake that led me on this weird journey. I went to a friend’s house one morning after a crazy night, and I was uninhibited enough to just to write something down. And he was like ‘that’s cool.’ And then I added guitar. I posted it online and within a week I was being contacted by managers and record labels.”

► “I took some time to graduate and then moved back to L.A. to form the band with everyone out here—because it’s where I’m from,” Church who graduated from New York University in 2007 says. The band, a trio, is composed of people he’s known for a long time. Bassist J.P. Caballero is his half-brother and flatmate, and guitarist Andrew Naeves, with whom he co-wrote In Bardo, he met through mutual friends in Los Angeles.

► Not only do the members hail from Los Angeles, but the city plays a part in fostering their eclectic sound as well as their productivity. The band hangs out with rappers like Travis Scott, and Church’s longtime friends and family play in bands such as Haim, Super Humanoids, and Guards. “L.A. has a cool music scene,” Church says. “A lot of people have moved here from other places: there’s a bunch of garage rockers that have moved down here, a bunch of rappers from the South who’ve moved into North Hollywood.”

► In L.A., they live in what Church calls “reverse vampire mode.” “New York has more of an energy to it,” he says. “L.A. is a place where you maybe trade the daytime for the nighttime. New York is more of a nighttime place—at least for me, you stay out until 4:30. Here, the bars close at 2, and so you can go out and still be productive the next day.”

► “I feel like we’re as influenced by visual art as much as music,” he says. Church cites Kenneth Anger and surrealist art films as major influences, detailing hopes to create an album-long music video that charts the In Bardo‘s loose narrative. For the time being, however, they’re unveiling visuals on tour for each song. Church explains, “We like to have it be all-encompassing to all the senses.”

10 Ways to Have a Blast in L.A. This Weekend