Home Sports The 7 Best Places to Watch the 2018 World Series in L.A. 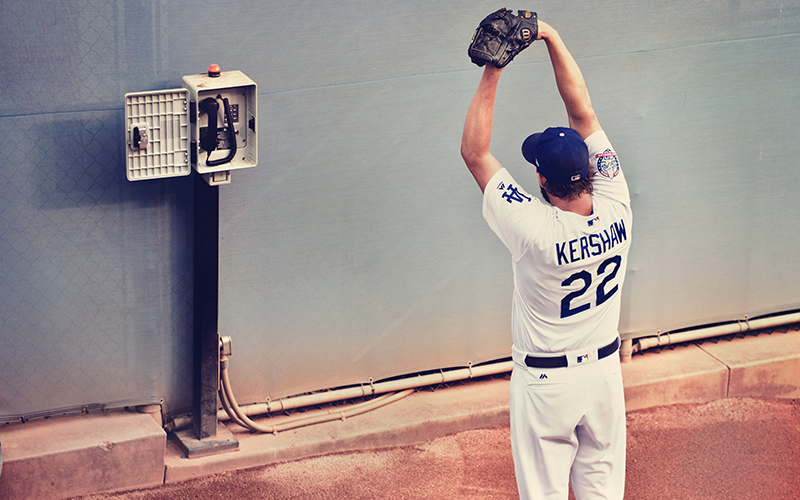 Wondering where to watch the World Series in Los Angeles? From a barbecue restaurant on La Brea to a Chinatown wine bar, here are seven places to watch the Dodgers pummel the Red Sox, bring home the Commissioner’s Trophy, and basically do the opposite of what they did in 2017.

If it’s your dream in life to eat delicious brisket whilst watching the Dodgers decimate the Red Sox on 12 different televisions, consider Bludso’s on La Brea your barbecue-smothered fairy godmother. Show up, order up, then watch the Dodgers base up.

There are no TVs at this Little Tokyo haunt, but who cares because they have a projector. World Series games will be splashed along the restaurant’s back wall; on top of that, you can partake in an all-night happy hour, $2 shots for every Dodger home run, and Dodger-blue cheese smashed fingerling potatoes.

If we’re making a pro/con list here, there are several pros to recommend the Venice brewery and literally zero cons (so really, it’s just a pro/pro list). Park in the onsite lot, ogle the games on the spot’s four TVs, choose from about 17 beers on rotation at any given time, and indulge in plenty of elevated bar eats.

This Highland Park mainstay is known for its Blue Hour special, which runs every game day (World Series or otherwise) “from the first pitch to the last out,” as its billed. Try #32 The Koufax—two pounds of wings and a bucket of house beer for $32—or, if you’re a little bougie, go for #99 The Mannywood, which is three pounds of wings and a bottle of champs for (you guessed it) $99.

That kind of a Saturday!🍀

Baseball and beer come together in perfect harmony at the DTLA brewery, which has more than 50 beers on tap (ask to see the secret list of Belgian sours). Drink up while you watch the boys in blue play on a 160-inch drop down screen.

With 16 TVs and a bar menu that offers apps like grilled street corn lollipops and cheesy fried macaroni balls, the Sherman Oaks gastropub is a guaranteed home run (see what we did there?). Game nights get busy, so if you’re rolling deep with a crew of eight or more, make a reservation.

Wine and beer can also be taken to go. Buy a bottle on your way out to keep the night alive.

Chinatown’s sleek new spot is the antithesis of your run-of-the-mill sports bar, what with its dim lighting and low-slung two-tops. Sip on $5 beers in quiet support of the Dodgers on World Series game days.

RELATED: Why Does Dodger Justin Turner Smear Dirt Across the Back of His Jersey?