Home Drinking Where to Watch the World Cup in L.A. (Even the Really Early... 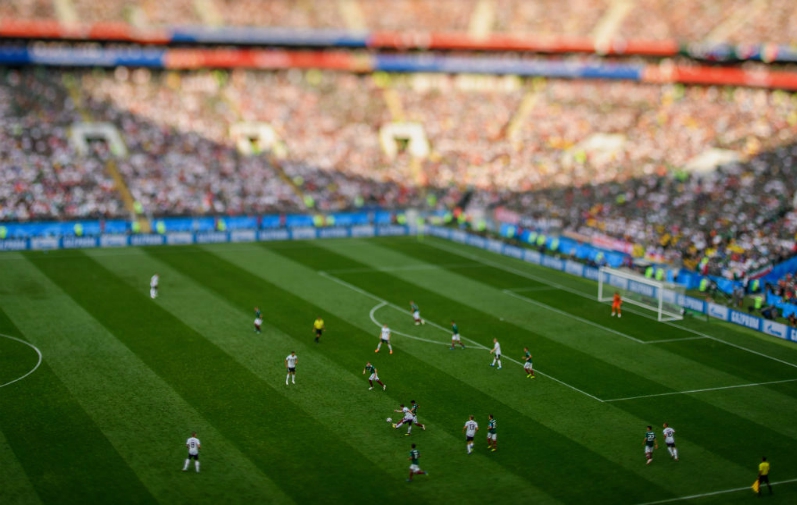 As any fútbol fan knows, the 2018 FIFA World Cup kicks off this week. This year, the month-long tournament sees some of the world’s most elite soccer players facing off in Russia, which makes for some live broadcast times that are going to be a little unorthodox for us here. Many matches start at either 7 or 11 in the morning (a full schedule can be found here), so you might find yourself wondering if there will be any place open early enough where you can watch the World Cup in Los Angeles.

While you could watch the Fox or Telemundo broadcasts from home, some dedicated supporters will feel the urge to gather to watch the games along with with fellow fans–and maybe share a few pints while they’re at it–regardless of the early hours. If that’s the kind of World Cup fever you feel coming on, these L.A. bars have your cure.

The World Cup is a big deal at this always-fun Oaxacan restaurant. They’ll be opening up as early as 6 a.m. on morning game days so you can fill up on delicious breakfast fare before watching the matches big screens throughout the restaurant. On Saturdays, they also add bottomless micheladas to the mix. 3014 W. Olympic Blvd., Harvard Heights

Classic German biergarten Wirsthaus has a (dog-friendly!) patio, eight televisions, and a designated “soccer room” with its own 120-inch screen, making it a great place to catch some World Cup games. This year, their new sister pub in Long Beach, Rasselbock, gets in on the action, too. In the group stage, both bars will be opening as early as 7 a.m. for all Germany and Mexico games; once it comes down to the elimination rounds, they’ll be showing every match. Expect a German-accented breakfast menu, beer specials, and more. Wirsthaus, 345 N. La Brea Ave., Fairfax; Rasselbock, 4020 Atlantic Ave., Long Beach

Buffalo wings may not technically be a national cuisine of any team participating in the tournament this year, but Big Wangs is still set to be a World Cup hotspot. The North Hollywood and DTLA locations will be opening up early (on certain days, they’ll be open continuously from 3 a.m. to 2 a.m.), adding special breakfast burritos to the menu, and showing the games on dozens of screens. 5300 Lankershim Blvd., North Hollywood; 801 S. Grand Ave., downtown

This British Pub is a popular spot for sports, with 10 televisions and two projection screens showing the games. A full schedule of which matches they’ll be screening is on their website–and it even includes that 5 a.m. Egypt-versus-Uruguay match on Friday that we know you won’t want to miss. Four of the high-profile group stage matches require booking advance tickets, so be sure to check before you head out. 11100 Ventura Blvd., Studio City

This Korean sports bar is a favorite for World Cup watchers, and they’ll be opening as early as 5:00 A.M. to show every match the Korean team plays. Call ahead to make a reservation if you’re concerned about finding a good spot, but the room has screens every direction you look, so every seat should provide a pretty good view. Mok Maru Jong Sul Jip, 222 N. Western Ave., Koreatown

L.A.’s oldest German restaurant (established in 1959) will be open for every World Cup game, even the ones that start at 3 a.m., which could be considered either very early or very late, depending on how long you’ve been awake. Whatever the situation, they will probably serve you a boot full of German beer without judgement. The Red Lion Tavern, 2366 Glendale Blvd., Silver Lake

For the five final matches of the World Cup, the Hammer Museum is staging free, outdoor screening parties that are open to all. Someone was kind enough to schedule the quarterfinal and semifinal matches to start at 11 a.m. our time. Even the final is at 8 a.m., which is pretty reasonable compared to the earlier round games. After your sports fix, duck inside the museum to check out Made in L.A. Hammer Museum, 10899 Wilshire Blvd., Westwood

A post shared by El Torito Mexican Restaurant (@eltoritorestaurants) on Jun 4, 2018 at 9:01am PDT