Home Art Vietnamese Artists Born After the War Offer a Fresh Perspective on the... 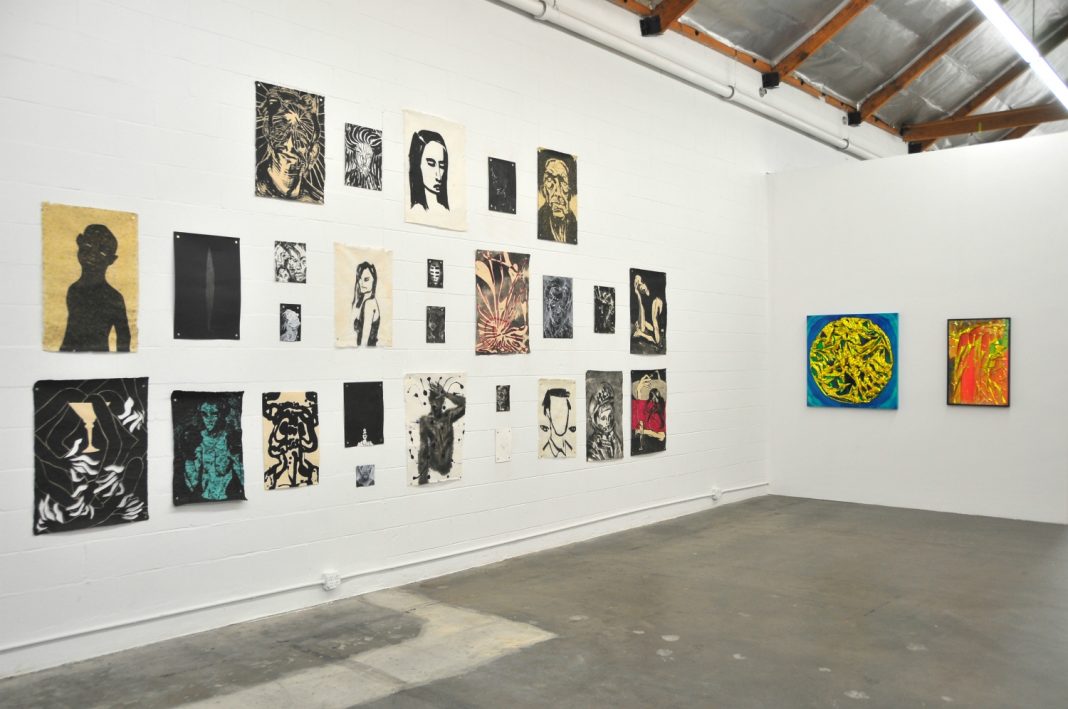 In 2014, L.A.-based Vietnamese-American artist Thinh Nguyen left their home in Southern California and set out to travel across the United States for a year. Nguyen didn’t take a car or use a map to plan a route. Instead, the artist simply packed an extra set of clothes and a camera in their backpack and hit the road with their thumb pointed east, hoping to catch a ride.

Relying on the kindness of strangers across the continental U.S., Nguyen’s travels were part of a performance and public intervention artwork titled Across the American Plains. Hitchhiking and staying in people’s homes for two to four nights at a time, Nguyen zigzagged across the country, taking pictures, keeping a journal, and gathering new friends along the way.

Some of the physical remnants from that journey are on display this summer at the Mistake Room just south of downtown L.A. as part of Where the Sea Remembers, a group exhibition featuring works created since 2007 by Vietnamese artists primarily born after the Vietnam War.

Inhabiting a corner of the gallery dedicated to performance works and works dealing with the body, Nguyen’s installation includes pairs of beautifully subtle glossy photographs and a journal sitting open on a small pedestal. (Visitors are encouraged to page through the journal and read the artist’s handwritten memories, stories and personal musings from the trip).

Nguyen’s framed photographs feature blurry images taken from the windows of cars, many of which capture bodies of water and could easily be mistaken as images of Vietnam. Paired with each blurry landscape is a more still photo of bedding. In these photos, softly colored rumpled sheets and duvets mingle with pillows, photographed from above after a night of sleep.

“My hosts let me sleep here,” the artist explains. “I photographed them as a way of remember and of capturing the imprint of my body on those surfaces. It’s very intense and very intimate. A moment in time.”

Just to the left of Nguyen’s glossy photographs and displayed journal, another photo rounds out the installation. Grainy and unframed, it’s a snapshot of the mud, hay, and bamboo farmhouse where Nguyen was born and lived in Vietnam until they moved with their parents to Orange County at age 11. Nguyen took the photo using their flip phone camera when they were 22 and returned to their home country for the first time. The process of getting reacquainted with their home country on that trip is in part what inspired the artist to travel across the U.S. a few years later.

Because Nguyen is based in the U.S., they are a bit of an anomaly in this group show, which features works by many artists living in working in Vietnam, primarily in Ho Chi Minh City.

César García-Alvarez, the Mistake Room’s executive and artistic director and a curator of this exhibit, says as a group these artists represent Vietnam’s contemporary art scene, a vibrant community of mostly under-40 conceptual artists, collectives, and independent art spaces mostly based in Ho Chi Minh.

In an introduction to the exhibit, García-Alvarez says the show is a “dispatch of multiple perspectives rather than as a defining survey.” He notes that this generation of artists offers a new perspective on Vietnamese art. While the work of their elders was so often centered around the Vietnamese War, these artists are exploring more modern, global concepts.

The show is a rich and well-organized dispatch that covers themes of technology, mythologies, displacement, futurism, and more.

Trong Gia Nguyen’s large hanging work Cracked Mobile No. 5 plays with concepts of home and technology, calling to mind both the window grates from colonial homes that pepper Vietnam and the cracked screen of an iPhone. Tr’o’ng Công Tùng’s When the virtual become the actual and the actual become the virtual also juxtaposes history and mythology with pervasive modern technology. Against the backdrop of a vibrant, textured wall covered in plastic bags embedded with dusty orange dirt from Vietnam’s Central Highlands sit two horses, one of them toppled over on its side. Covering the horses’ metal frames are hundreds of keys removed from dirty, old computer keyboards. 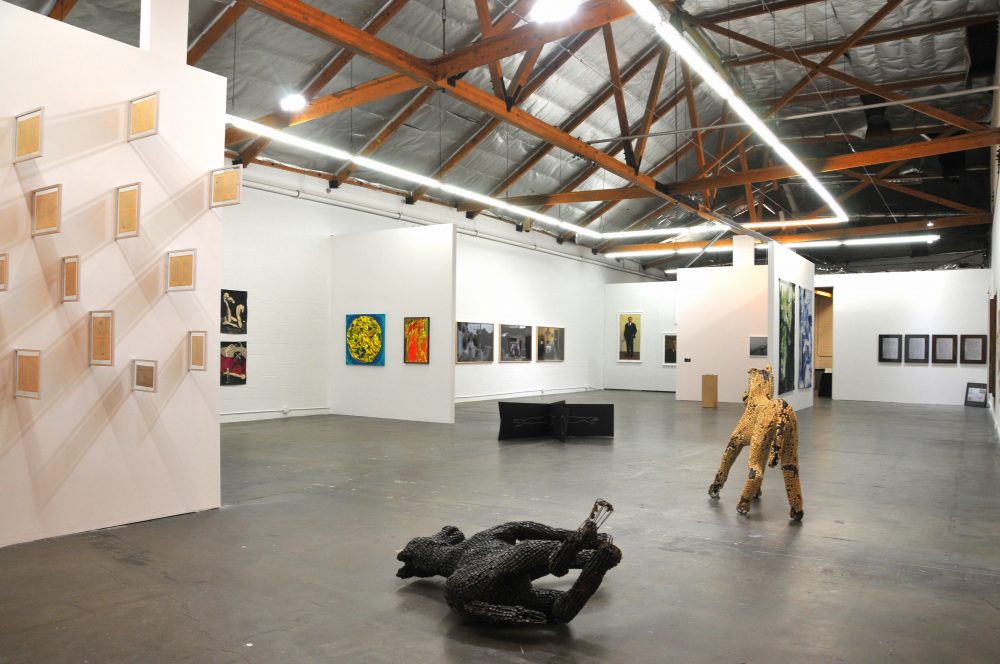 An evolving wall project from the Propeller Group, a collective founded in Ho Chi Minh City in 2006, will change shape over the run of the show. Slaughterhouse #7, a painting of a cow being butchered by Nguyên Van Du that recalls Renaissance-era European grandeur, was painted using actual cow’s blood. Tuân Andrew Nguyên’s Blanket Works features thermal survival blankets coated in epoxy resin, a symbol of displacement and suffering transformed into a bright abstract work.

García-Alvarez says that the exhibition is only the beginning of Where the Sea Remembers. The rest of the project includes a website (launching this week) that will feature critical texts about these artists and their works. This, the curator says, will help to fill a scholarly gap by generating writing about these artists and their works. An extensive program series rounds out the project.

Thinh Nguyen will be featured on one of those programs (date TBD). If you’re curious about their journey across the United States, about how their own preconceived notions of the U.S. melted away into a more nuanced understanding, you can join them for a storytelling night.

“I had an idea of some of the states I visited. But then I went there and met the people and interacted with them and it just blew my mind,” they say. “It changed my way of thinking about what is the United States. About how we dismantle our political ideology and how we can connect. Really it’s about proximity. Because of the vastness of the United States, we don’t have proximity towards each other, nor do we have the time and space to really get to know each other. Just come to the program! I will recount some of the stories.”

RELATED: This Gallerist Wants To Show You How to Live with Tech-Forward Art