Home Uncategorized Where Can You Find the Hottest Emerging Writers? On Your Phone 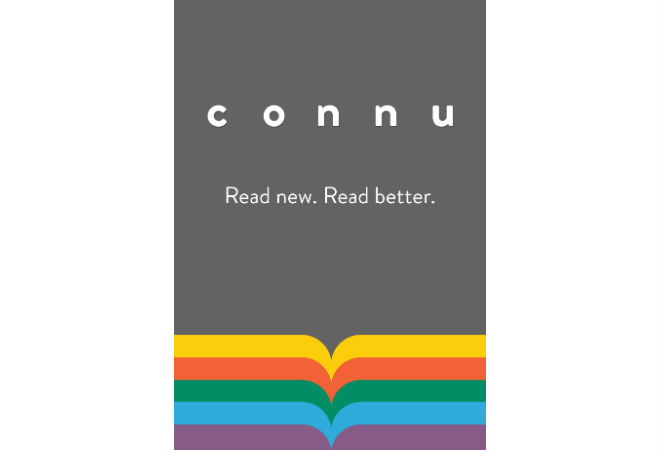 “People who say they love the app are often people who haven’t read fiction since they had to in school,” says Susannah Luthi, CEO and founder of Connu, a smartphone app launched in November 2013 aiming to serve up emerging literary talent. The idea is simple: download Connu onto your iPhone (or access it via web app) and discover short fiction by new literary voices while you’re riding the bus, walking on the treadmill, or waiting in line at Starbucks. “The idea is, to meet people where they are with stories that speak to them,” says Luthi about Connu, which is pronounced “canoe” and means “known” in French.

Luthi came up with the idea for Connu with her partner Niree Perian (who’s now the company’s Editorial Director) while the two were students in USC’s Master of Professional Writing Program. “I had been thinking about the seismic changes in media,” Luthi says. “We’re past the age of mass media and in the age of infinite media.“

Luthi and Perian wanted to create a platform to showcase emerging fiction writers, but the danger of becoming yet another voice in an ocean of internet noise forced them to get creative with the format. They emphasize the curating part of Connu, in which established authors such as Aimee Bender, Joyce Carol Oates, and David Sedaris recommend the work of emerging writers. “There’s so much work out there. We want to get away from the mentality that good fiction only exists in literary journals.”

So far Connu has been well received. “We’ve had a lot of support from the literary community,” Luthi says. “They got us through the tough times in the beginning.” At one point, Luthi explains, she was working around the clock on the project and had to give up her day job and her apartment. For a while she was living on friends’ couches between L.A. and San Francisco. Connu relocated to San Francisco recently as a new portfolio company under venture capital firm Matter—a position that came with a $60,000 check to develop the app further.

Future plans include a version for tablets, but Luthi says the literary mission will always come first. “There’s so much material out there. We want to keep connecting people with the very best of what’s moving in fiction today.”

We asked Susannah Luthi to recommend five stories that are available through Connu right now. Get out your smartphone and start reading.

Desert Mermaid by Angelina Coppola
Recommended by Joyce Carol Oates
“A sandy snapshot of a desert-dwelling family’s fated encounter with a rattlesnake. The desert is one of the vital characters in this stark story set east of L.A. Angelina has an unblinking gaze and a resonant style you won’t forget.”

Take Me Home by Amy Silverberg
Recommended by Mark Richard
“An attractive accountant meets a portly comedian in an L.A. bar and satire ensues. This is Carrie Bradshaw meets Jerry Seinfeld—a story that could only happen in Los Angeles. With a twist to go with your martini.”

Interviews after the Salt Plague by Tegan Swanson
Recommended by Benjamin Percy
“Tegan spent a year living and working in the Marshall Islands, and her experience informs this beautiful story about an island’s healer who faces heartache when a plague comes to town. The last line hits like a gut punch.”

Fat of the Land by Susan McCarty
Recommended by Melanie Thon
“One woman follows her gut, going from a small girl in a big city to a big girl in a small town. This is a story every ex-urbanite can relate to—an entertaining play on the Northern Exposure theme.”

Girls Like You by Cindy House
Recommended by David Sedaris
“Told in the second person, this story follows a high school girl who’s not as tough as she seems, as sex and death shatter her facade.”