Home Film What’s David Lynch Been Up To? Making Art and Music Instead of... 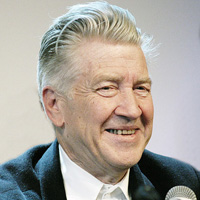 Known for the haunting and immersive emotional landscapes of movies like Blue Velvet, Mulholland Drive, and Twin Peaks, David Lynch creates music and visual art that conveys the same sense of creepy wonder. This weekend, his newest work will be on display in a solo show at Kayne Griffin Corcoran. The show, which kicks off with an opening reception on Saturday, November 23 at 6 p.m., explores how Lynch’s drawings, photographs, and film revolve around the titular theme, Naming.

Lynch hasn’t directed a feature film since Inland Empire in 2006, but his artistic output hasn’t slowed down. He has exhibited his water colors and paintings in various solo shows over. In 2009, he created a 100-page photo book to accompany Dark Night of the Soul, a brooding and mysterious album from producer Danger Mouse and late Sparklehorse frontman Mark Linkous.

In recent years, 67-year-old Lynch has moved toward music, working with producer Dean Hurley to craft creepy soundscapes drenched in dark, bluesy rock. Earlier this month they released a 12” single, “Bad the John Boy,” a Nine Inch Nails-ish outtake from the recording sessions for Lynch’s sophomore album, The Big Dream.

When he’s not issuing weather reports or sipping champagne, Lynch has moved away from lumbering cinematic productions that take years to realize and toward smaller projects—art, music, coffee—that he can release into the world with greater speed. The compulsion to create is the engine that drives Lynch process; it’s the medium that follows the message.