Home TV What to Stream This Weekend: Beef House, Cursed Films, and More 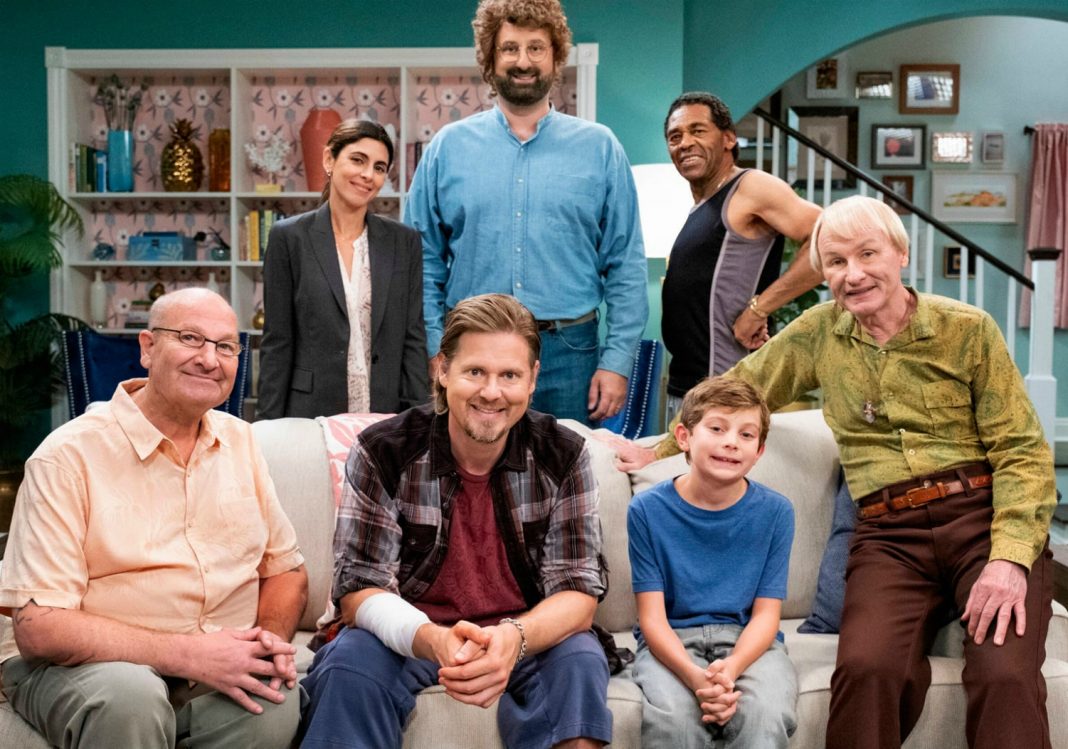 TGIF? It feels like we’re living through one interminable Monday under this global house arrest, but it technically is the weekend. So why not take a break from the news and the glitchy Zoom meetings, and watch something fun? There’s an unlimited torrent of movies and shows out there, so let us be your quarantine curator.

The CW musical comedy series ended last year after four seasons, but now’s as good a time as any to discover Rachel Bloom’s messy anti-heroine fantasia—which Vulture’s Matt Zoller Seitz praised for “going the distance,” “digging progressively deeper into its heroine’s psyche, and continuing to deliver consistently clever, sometimes dazzling musical numbers.” Most of those songs were co-written by Fountain of Wayne’s Adam Schlesinger, who, at just 52, was one of COVID-19’s latest victims. Schlesinger earned five Emmy nominations for his work on the show; watch it for his hilarious and catchy numbers if for no other reason. The entire series is streaming on Netflix.

Tim and Eric are back on Adult Swim, this time skewering the ’80s/’90s family sitcom format. They’ve played with these conventions (phony laugh tracks, corny theme songs) before, but Beef House is a full-on series in the Full House mold—they even employed the same cameras used on Fuller House—only here that mold is filled with the funky jello of Tim Heidecker and Eric Wareheim’s cockamamie, cheerily dark style of non sequitur humor. The cast features several Tim and Eric Awesome Show, Great Job! alumni, and the AV Club said it’s “cooked to perfection.” Airs Sundays at 12:15 a.m., but the first episode can be streamed at adultswim.com.

Some Good News with John Krasinski

Fighting off the pandemic of bad news (and his own encroaching cabin fever), Krasinski created a YouTube show to supplement your seventh time binge watching him as Jim on The Office. In the first episode (of how many, and how often, we don’t know), Krasinski highlights several recent acts of kindness and humanity that were shared on the internet, interviews a teen girl who recently finished chemo, and reunites with Michael Scott himself, Steve Carrell (via Zoom, of course). Uplift yourself! Streaming on YouTube.

One of many films to ride gloriously out of Sundance only to find a shuttered theatrical market, this intimate drama concerns two teenage girls on a journey from rural Pennsylvania to an abortion clinic in Manhattan. Critics gave the film, directed by Eliza Hittman, near-unanimous high marks—with Variety’s Andrew Barker writing: “At once dreamlike and ruthlessly naturalistic, steadily composed yet shot through with roiling currents of anxiety, Never Rarely Sometimes Always is a quietly devastating gem.” Available VOD on multiple platforms.

Want to escape humans for a while? Travel somewhere exotic? Hear the silky strain of your new Angeleno neighbor, Meghan Markle? Elephant checks off all the boxes, as the Duchess of Sussex narrates a Disneyfied story built from sumptuously shot footage of real elephants (in the grand tradition of Disney nature documentaries, going back to Walt’s day—many of which can also be found on Disney+). Justin Chang of the L.A. Times said it “emerges a generally charming, sometimes cloying exercise in wildlife anthropomorphism.” (Also dropping this weekend is the Natalie Portman-narrated Dolphin Reef.) Streaming on Disney+.

Shudder, the one-stop horror streamer, offers new users a free seven-day trial—and now is a good time to bite. Their new original series, Cursed Films, explores the too-freaky accidents, deaths, and supernatural shenanigans that have plagued several famous horror movies. The first episode delves into The Exorcist and the many mysterious deaths and on-set traumas linked to William Friedkin’s 1973 classic; future episodes will cover The Omen, Poltergeist, and Twilight Zone: The Movie. Brian Tallerico at rogerebert.com says the series “isn’t some cheapo scare tactic, focusing just as much on human stories and on-set details as it does the rumors of curses and bad karma around these movies.” First episode available on Shudder.

Some of us like to imagine worst-case scenarios in the midst of a disaster—or at least commiserate with A-list actors in a similar situation. Contagion may be the bleaker and more recent pandemic movie, but Wolfgang Petersen’s Outbreak has 1995-era Dustin Hoffman, Morgan Freeman, Rene Russo…and monkeys. Its fictional virus kills you within 24 hours by liquefying your organs, so it might actually cheer you up about COVID-19. In his review, Roger Ebert called it “the kind of movie you enjoy even while you observe yourself being manipulated.” Streaming on Netflix.

Speaking of 1995: that summer was a simpler time, when the world was sheltered in place not because of a pandemic, but to watch the “trial of the century.” Now you can watch the actual trial of OJ Simpson, unedited and in all of its undramatized, VHS-era glory. Available on YouTube.

Alex Garland, the writer-director mastermind behind modern sci-fi gems Ex Machina and Annihilation, takes to the small screen (via FX and Hulu) for a slow-burn murder mystery set at a mysterious tech company, led by Nick Offerman with serious ancient-prophet hair energy. The New York Times called it “a cold and beautiful machine.” Streaming on Hulu.

This Sundance darling documentary, produced by the Obamas, is a time machine to the Catskills in the 1970s, at “a summer camp for the handicapped run by hippies.” Directed by a former camper and using a bounty of archival footage, it’s a feel-good sleepover with new friends that has a social activism motor. It’s “buoyant and inspiring,” according to Vox, “a tale of people working together through difficulty and opposition to change the world.” Streaming on Netflix.

You may have missed it in theaters, where it came out way back on March 6, so Warner Bros. has conveniently made it available to view in your home-quarantine theater. Ben Affleck plays a divorced alcoholic who gets conscripted to coach a boy’s basketball team at his old Catholic high school, and what sounds like a recipe for cornball cliché is actually an understated, complicated character study that feels like it’s flowing out of Affleck’s actual opened veins. “[T]his sober little studio movie is so uncommonly effective because of its steady insistence that life can’t be lived in reverse,” IndieWire said; “that, contrary to its title, there’s no going back.” Available VOD on multiple services.

If you’re one of the many people desperately missing Disneyland and the other Disney parks, you can scratch that itch with The Imagineering Story on Disney+. The six-episode series is a treasure trove of archival and behind-the-scenes film, tracing the story of cutting-edge animatronics and family-friendly thrill rides from Walt’s original vision to occasional missteps to the latest innovations. It may be “sentimental” and “self-congratulating,” The Hollywood Reporter wrote, but it’s also, “by far, the most appealing and intellectually engaging offering from Disney’s new nostalgia-driven SVOD streaming service.” Available on Disney+.

RELATED: Inside Guide: What to Watch, Play, and Do Now