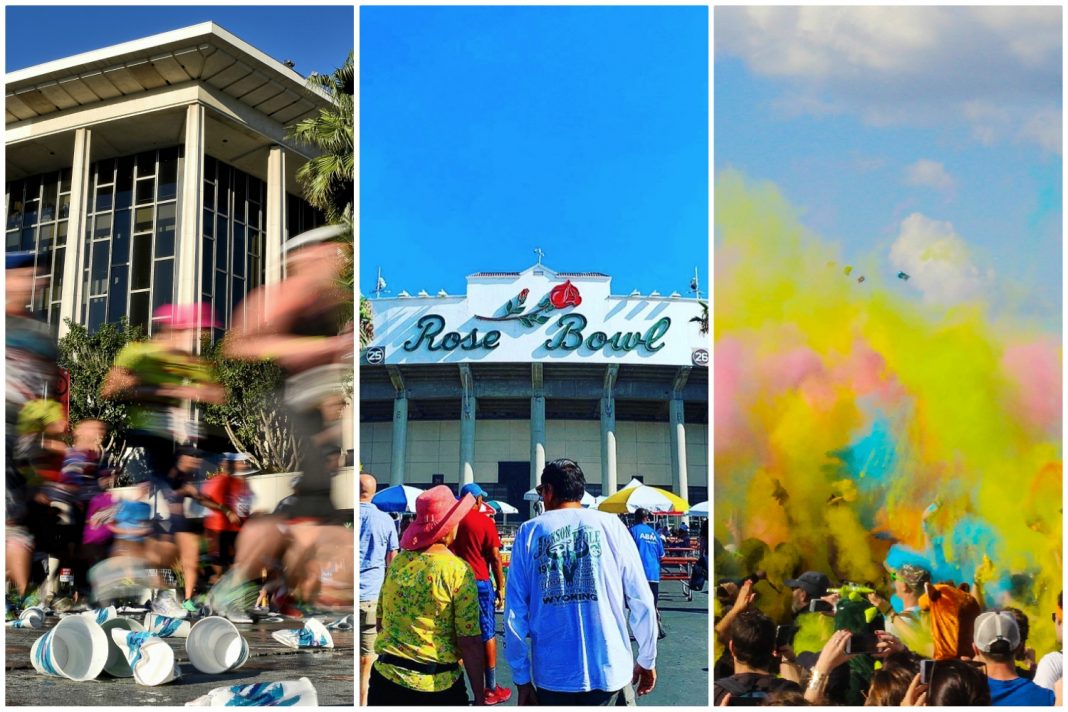 The weekend has arrived, and as always, there’s plenty to do in L.A. Here are some of the city’s best events, including a colorful festival, a female-centric comic con, and more

Beach Bunny was a solo act until Lili Trifilio wanted to enter a battle of the bands and started enlisting other musicians. That’s working out pretty well for the Chicago power-pop outfit, who went viral on TikTok and are swinging by the Roxy on Friday night in support of their new album Honeymoon.

The Indian tradition of making merry with richly-pigmented powders has become a popular spring tradition in the U.S., thanks in no small part to its highly ‘grammable nature. But Holi Festival of Colors is more than just a fun mess. The party in Whittier Narrows Park also features live music, dancing, DJs, yoga instruction, and “free hugs,” although you might skip those.

There are plenty of heroes to celebrate during Women’s History Month. At Sherocon, you can celebrate the women behind the comic book variety. The all-female con returns to Culver City for another year of cosplay, panels, raffles, and more.

Coronavirus be damned, upward of 20,000 runners will make their way from Dodger Stadium to the Santa Monica Pier in the Los Angeles Marathon. It’s too late to register, but it’s not too late to post up along the route and cheer on those ambitious racers.

Even if you’re not in the market of a rug, a lamp, or a midcentury credenza, the Rose Bowl Flea Market is an awfully nice place to spend a Sunday in March. Enjoy shopping and retail therapy for the bargain price of ten bucks (if you can wait till 9 a.m. to storm the gates).

You’ve probably told a lot of happy hour stories about the worst job you’ve ever had; on Sunday, one lucky person gets to watch their lived nightmare come to life on stage! At Shitty Jobs, an audience member chosen at random explains their shittiest job and then a troupe of improvisers turn it into a whole show.

The Book of Mormon

Did you miss The Book of Mormon the first time (or, er, first several times around)? Matt Parker and Trey Stone’s musical comedy about earnest LDSers in Africa opened at the Ahmanson on Tuesday and runs through the last Sunday in March.

RELATED: Essential Concerts to Catch This Month in L.A.

11 of the Best Things to Check Out in March