Home Uncategorized What to Do in L.A. This Weekend: Cheeseburgers, A Comedy Riot, and... 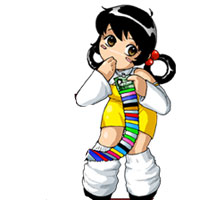 Sunday night you can watch the Golden Globes but between now and then you can have a laugh riot or listen to bands perform amid mastodon bones, watch gluttons stuff themselves with mini-burgers or visit Japan through the power of scent.

HEAR: First Fridays: Youngblood Hawke and Conway
First Fridays is the monthly series at the Natural History Museum where the price of admission also gets you a tour, a scientific discussion, and a concert by a hot band. The 2014 season kicks off with the theme L.A. Stories…Walk on the Wild Side. Both bands playing tonight—Youngblood Hawke and Conway—are L.A. based. Stick around for DJ sets from KCRW’s Anthony Valadez and Jeremy Sole. More information (January 10; Natural History Museum)

EAT: Pasadena Cheeseburger Week
Sample cheeseburgers from 40 different restaurants, lounges, and greasy spoons in Pasadena, when you’ll have the opportunity to vote for your favorites, from best turkey and veggie burgers to most burger-appropriate brew. More information (January 12-17; Pasadena)

SMELL: A Trip to Japan in Sixteen Minutes, Revisited
In 1902 the German-Japanese poet, artist, and critic Sadakichi Hartmann led a scent concert at the New York Theatre; it ended in disaster due to a rowdy audience. Art and Olfaction picks up where Hartmann left off, presenting a collaborative contemporary interpretation of the failed scent concert at the Hammer Museum. More information (January 11; The Hammer)

SEE: Animé Los Angeles
A convention for cosplayers who dress up as their favorite fictional characters. In addition to contests, workshops, and parties, Animé Los Angeles also features special guests such as Aimee Major Steinberger, assistant director of animation for Futurama and a cosplayer herself. More information (January 10-12; LAX Marriott)

EAT: Slider Eating Competition
The Pasadena hotdog house hosts a contest with entrants who will compete to consume the most miniature burgers in six minutes. The winner gets $1,000. Spectators will get a free burger and a chance to try Dog Haus’s beer. More information (January 11; Dog Haus Biergarten)