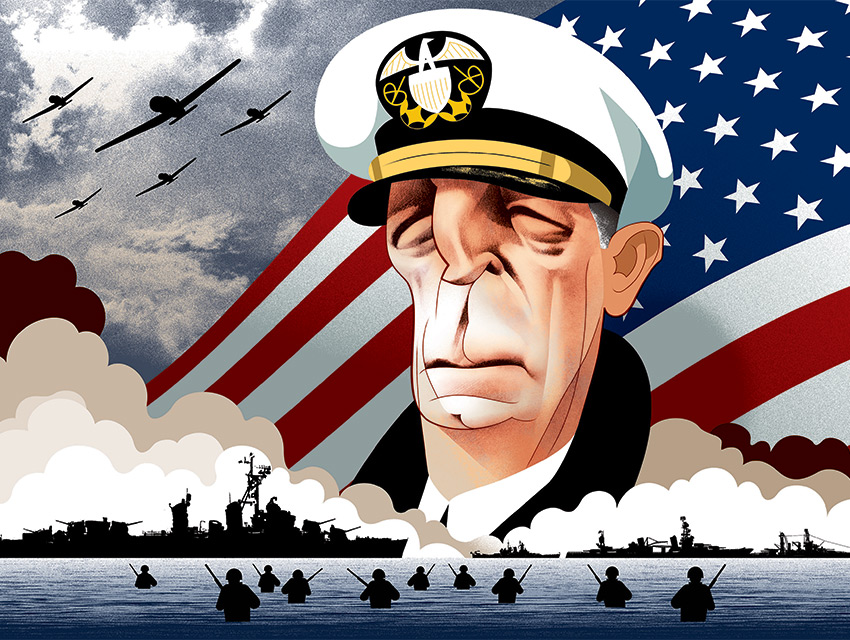 Sometimes I think The Sopranos ended up ruining everything I love about TV. Or anyhow, everything that made TV, you know, TV—that blunderbuss combo of sanctimoniousness and disreputability the boomers grew up on, universally known as the boob tube. Getting off on it the way I did was a wonderful disincentive to snobbery.

The stratification in Tony Soprano’s wake of what used to be the most equalizing of mediums changed that. Today the shows we identify with mainly reflect how privileged or not we are. One basic difference between wondering what Game of Thrones has up its blood-soaked sleeve next year and trying to guess who shot J.R. Ewing on Dallas is that your waitress or car mechanic might have had ideas—smart ones, too—about who shot J.R. But only one American household in four subscribes to HBO, not that you’d know it from howmuch media oxygen cable’s glossiest channel sucks up.

All in all, we’ve come a considerable distance from the leveling effect epitomized by Andy Warhol’s shrewdest comment on mass culture’s genius: “You can be watching TV and see Coca-Cola, and you can know that the President drinks Coke, Liz Taylor drinks Coke, and just think, you can drink Coke, too.” So what I did recently amounted to playing cultural hooky. I knew I was supposed to be checking out how Trevor Noah’s doing on The Daily Show, because how else could I hold my head high on Twitter? Instead, just because Netflix was streaming it, I spent several days basking in ABC’s venerable, lumbering miniseries The Winds of War—18 hours long, colossally budgeted at $35 or $40 million back when that was real money, and the big TV event of, ahem, 1983.

The joke then was that anyone who hoped WoW would never end might damn near get their wish. But I don’t regret a minute. As I left the 21st century behind—swallowed like Jonah by blunt storytelling carpentry, utilitarian typecasting, a stolid allergy to anything resembling subtext, and an earnest ambition to be somehow of consequence to the motley hordes out there—the thought crossed my mind that visitors to Jurassic World had nothing on me.

Even though the format tottered on well into the ’90s—and thrives in boutique-oriented cable versions that can be as magnificent as Todd Haynes’s version of Mildred Pierce—the heyday of the broadcast miniseries lasted less than a decade: from 1976, when Rich Man, Poor Man made Nick Nolte a star, to 1985, when North and South did the same for Patrick Swayze. In between came Alex Haley’s Roots—still the benchmark for TV with sociological impact—and its Final Solution counterpart, NBC’s Holocaust.

Those two did the most to define the miniseries as a genre peculiarly suited to elephantine pop culture history lessons. Hence The Winds of War, drawn from Herman Wouk’s pedagogic 890-page melodrama about two linked families—one Jewish and shortsightedly worshipping at the altar of Western civilization, one goyish and sagaciously worshipping at the altar of the United States Navy—in the years leading up to America’s entry into World War II. When the saga wrapped up with Pearl Harbor still smoking, viewers unaware of the novel’s 1,115-page sequel must have been poleaxed to realize they’d been watching a prelude to Our Team’s glory days.

WoW ’s impresario, Dan Curtis, was best known as the creator of the original Dark Shadows—the real, pre-Anne Rice beginning of vampire chic, and pretty strange for a 1960s soap. He also appointed himself the miniseries’ director, most likely recognizing that the job’s essence was logistical: 267 international locations, 285 speaking parts, swarms of extras, and a reputed 112 costume changes just for star Robert Mitchum (as sailor patriarch Victor “Pug” Henry). As a director, Curtis was a born producer—but he was a great producer. From the management of a slew of macro and micro plot ingredients to the scene-setting period detail that never sits around on the screen looking “atmospheric” to justify its cost, the thing is an astounding feat of organization.

Commitment, too. Wouk was 20th-century lit’s ultimate square, and his purpose was sober. Using fiction as both fig leaf and mistletoe, he set out to craft a comprehensive—Jesus God, definitive—popular account of the military and political machinations explaining World War II, with emphasis on Jewry’s plight and a certain hobbyhorse boosterism about the U.S. Navy’s stalwart role. Curtis had to do the same for a viewership that dwarfed Wouk’s readership and find breaks for commercials to boot. If what he achieved was often crude and vulgar, that’s not to his discredit. It’s a description of an idiom he worked in and never dreamed of condescending to. Rarely has middlebrow banality been so transfigured by devotion.

ur notion of significant TV has gotten a lot fancier since then, with audience expectations sometimes redefining show creators’ goals. The comedy of The Wire’s well-earned reputation as a cable masterpiece is that David Simon thought of himself as a muckraker exposing urban America’s collapse—and we praise his brilliance without feeling any connection to the problems he was dramatizing. On the flip side, both Breaking Bad and Mad Men hooked people with intimations of profundity before artfulness turned into their be-all and end-all. Whatever either show had to say about the human condition, which I’m in the minority in suspecting wasn’t much, came in second to saying it exquisitely—while keeping the audience convinced the results must be profound.

For someone like Curtis, finesse would have made no sense as a priority even if he’d been capable of it. As far as he was concerned, what made The Winds of War important was its subject matter. Sure, the maneuvering required to jump the key players from one flash point to the next can get silly; from White House chin-wags with FDR to Hitler’s Berlin to blitz-bombed London, Pug Henry’s naval career is the most preposterous this side of Cap’n Crunch’s. Yet no other dramatization of World War II is as successful at conveying the conflict’s sheer sprawl and complexity. Given how narcissistic our latter-day view of the war has become—fighting Nazism as the Greatest Generation’s crucible, so noble it confounds analysis—it’s hard to stay unimpressed by how much meaty stuff Curtis got WoW ’s audience to sit still for: the British Empire’s looming demise, Hitler’s megalomania as viewed by his incredulous but fatally compromised generals, Poland’s tragedy.

Not that I’m expecting many of you to hunt up the box set posthaste. Even as an example of what we lost when TV stopped being conceived in terms of big-tent outreach, making a case for this behemoth is no picnic. To admire it you have to not only respect Curtis’s purpose—holding a huge audience captive for a week with a complicated soap opera account of the century’s grimmest event—but feel some awe that he actually pulled it off.

He couldn’t duplicate the accomplishment. By the time the sequel, War and Remembrance, heaved into view five years later, even longer (30 hours!) and mostly recast except for a by-then septuagenarian Mitchum, it really did look like a dinosaur. Even though the Final Solution sequences were unsparing enough that I prefer them to Schindler’s List, the overall effect was distended and inert, bereft of the original’s you-must-remember-this vitality. For my money, though, Curtis’s ambition deserves admiration. Call it corny all you like and you won’t be wrong, but The Winds of War is some kind of monument to the days when the president of the United States couldn’t watch better TV than I could