Home TV What the Heck Is Happening in the First Poster for Game of... 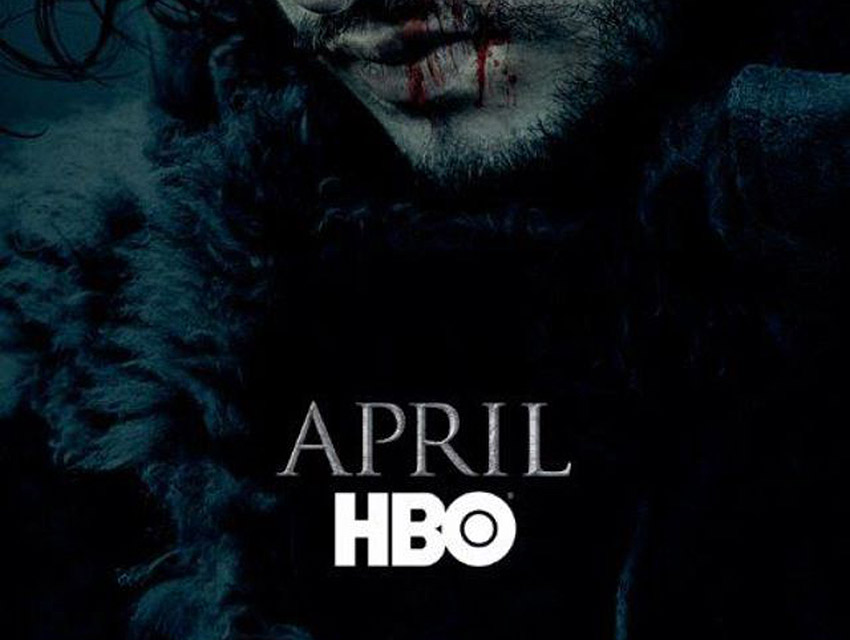 WARNING: Spoilers ahead. But if any of what follows comes as a surprise to you, spoilers are your punishment for not finishing season five in anything close to a timely manner. (Also, have you been on the Internet since June 14, or…?)

Earlier this year, HBO programming chief Michael Lombardo confirmed the worst of GoT fans’ fears: Jon Snow (Kit Harington) is dead. “Dead is dead is dead is dead. He be dead,” Lombardo said at the Television Critics Association summer press tour. “In everything I’ve seen, heard, or read, Jon Snow is indeed dead.” Unfortunately for Lombardo, no one believed him (perhaps because Harington was spotted on location in Belfast during the filming of season six). Today, however, everyone can tweet at Lombardo and call him a sucker. Sort of.

HBO has released the first teaser poster for season six, and can you guess who features prominently? The image shows a downtrodden Snow, his eyes blacked out (maybe because his irises have taken on the icy blue tint of a White Walker?!) and blood splattered on his face. We’re taking it as vague pseudo-confirmation that Snow is “alive,” which—let’s get serious—could mean any number of things when it comes to GoT. Looks like we’ll have to wait until April to know for sure. Stop torturing us, HBO! Or just stop torturing Jon!