Home Awards Watch What Are the Creative Arts Emmys, Anyway? 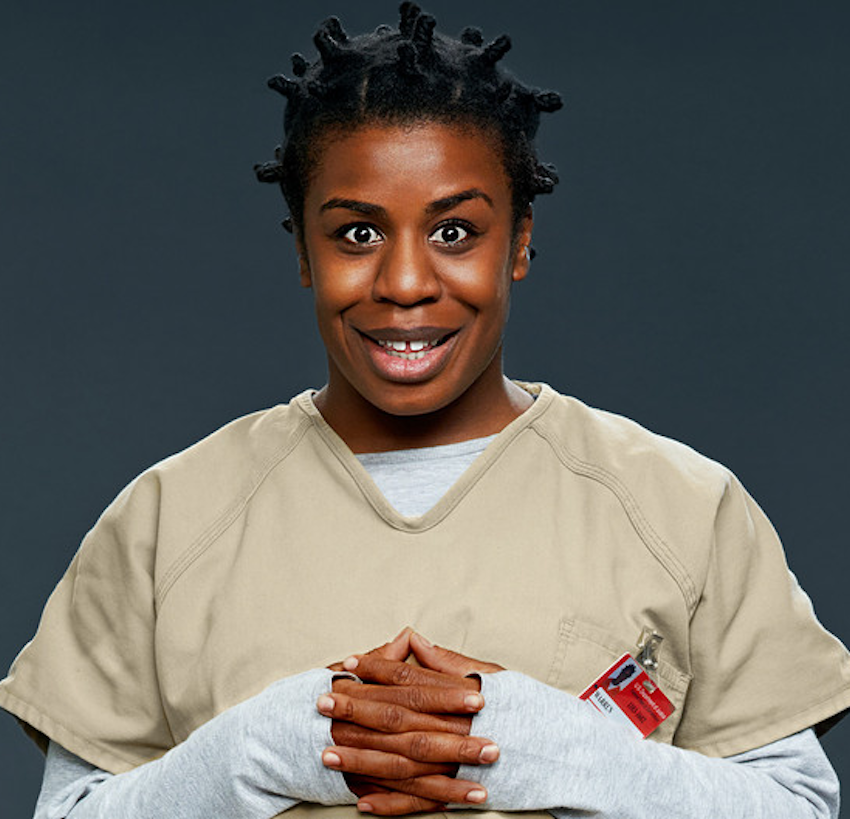 Why do I keep seeing pictures of Crazy Eyes kissing an Emmy statue?
Probably because actress Uzo Aduba just won an Emmy and she’s pretty happy about it.

For what?
For outstanding guest actress in a comedy on Orange Is The New Black.

When did that happen?
On Saturday at the Nokia Theatre in downtown L.A. where the 33-year-old actress, who beat out costars Natasha Lyonne and Laverne Cox, gave a heartfelt speech that was full of tears and thanks.

How did I miss that?
Because it happened at the Creative Arts Emmys.

What are those?
Officially, they’re the Emmys “dedicated to key technical disciplines and behind-the-scenes crafts essential to television production.” That means cinematographers, casting directors, stunt coordinators, makeup artists, and the like—plus a few acting awards. Basically, they’re the categories that aren’t high profile enough to include in the splashy primetime show.

Are the Creative Arts Emmys important?
That depends. Are you a cinematographer, casting director, stunt coordinator, or makeup artist?

So when are the “real” Emmys?
You mean the Primetime Emmy Awards? Next Monday, August 25. They start at 5 p.m. Pacific Time on NBC.

Aside from Crazy Eyes, any other winners I should know about?

If that’s not enough info, you can see the full list of winners here.

What do the Creative Arts Emmys mean for the Primetime Emmys?
The Creative Arts Emmys are often a harbinger of what shows are going to win big at the Primetime Emmys. Which means that Game of Thrones, True Detective, American Horror Story: Coven, and Orange Is The New Black all should do pretty well next week. But you probably didn’t need the list below to figure that out.

Isn’t it amazing how sane Uzo Aduba looks when she’s out of character?
Yes! It’s a testament to what a terrific actress she is.

‘Cops’ Has Been Canceled Amid Police Violence Protests