Home Celebrity “What am I Anymore if I’m Not This?” Ronda Rousey Contemplated Suicide... 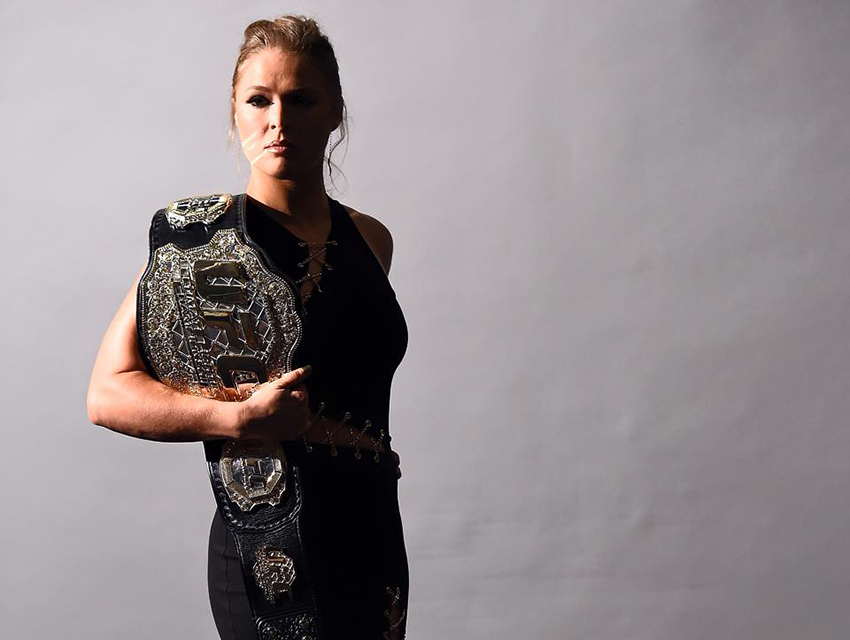 In November of last year, then-undefeated MMA bantamweight fighter Ronda Rousey was knocked out by Holly Holm, suffering a loss for the first time in her career. Since then, Rousey has stayed quiet about what happened that night, popping up instead in more mainstream endeavors like an upcoming film with Tina Fey, hosting Saturday Night Live, and appearing on one of the covers of the Sports Illustrated Swimsuit Issue.

On The Ellen Degeneres Show today, though, Rousey will open up about the loss. In a teaser clip, the 29-year-old discusses what was going on for her leading up to the fight, how she felt in the ring, and her thoughts during the 59 seconds of match before she was knocked out.

Then, Rousey goes into detail about the brutal emotional devastation she felt immediately afterwards.

“To be honest…I was like, in the medical room and I was down in the corner,” she says. “I was sitting in the corner and I was like, ‘What am I anymore if I’m not this?’ And I was literally sitting there and like, thinking about killing myself in that exact second. I’m like, ‘I’m nothing.’ I’m like, ‘What do I do anymore?’ and ‘No one gives a shit about me anymore without this.'”

It’s gut-wrenching, but Rousey demonstrates the same fearlessness in telling the world about her lowest moment that she always does in the ring. When Ellen tells her that she just “did a lot of good for a lot of people” by being so vulnerable, Rousey adds that following the defeat, she did a lot of thinking about her purpose and her direction in life.

“Everyone has their moment of picking themselves off the floor, and I’d gone through several of mine,” she said, “but no one had actually seen me go through it. And maybe I just had to be that example of picking myself up off the floor for everyone. And I really do believe I’m still undefeated, because being defeated is a choice. Everybody has losses in their life, but I choose to always be undefeated.”