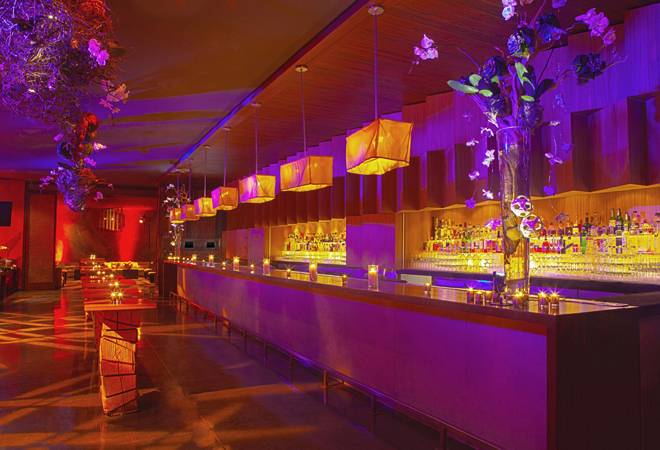 This year it’s time to get off the couch and watch the Oscars like a star. We’ve got the scoop on this weekend’s L.A. viewing party hot spots.

Million Dollar Theater
Just under a century old, this historic film hub will play host to a night of musical performances, giveaways, and plenty of Oscar glitz. Hosted by Los Angeles magazine’s own Chris Nichols, the party starts at 4 p.m. Catch the red carpet coverage as well as the main event on the theater’s big screen. Nearby Grand Central Market will stay open so you can grab a bite to eat prior to the event.
$20. 307 Broadway, downtown. 213-999-5067, more information.

W Los Angeles- Westwood
Don your formal attire and head to the hotel’s luxe lounge, Whiskey Blue, where you can cast a ballot for your favorite films and commemorate the event in a photo booth. Watch the awards show will on multiple screens as you sip cocktails based on films like Gravity and The Wolf of Wall Street.
Free. 930 Hilgard Ave., Westwood. 310-208 8765, more information.

The Magic Castle
The shindig will include a buffet, prediction contests, and ample screens to catch all the drama. It’s only open to Magic Castle members, but if by some magic you can find a way in, it promises to be an extra special way to view the big night.
$25. 7001 Franklin Ave., Hollywood. 323-851-3313, more information.

The Abbey
The popular gay bar will transform into the swanky site of the AIDS Project Los Angeles’ 13th annual black tie viewing party, “The Envelope Please.” Hosted by Pauley Perrette, one of the stars of N.C.I.S., the night begins at 4 p.m. with cocktails in an ultra VIP atmosphere.
$100. 692 N. Robertson Blvd., West Hollywood. 310-289-8410, more information.

Public Kitchen and Bar
View the Oscars right down the street from where they’re being held. The Roosevelt Hollywood’s soiree includes a four-course set dinner and multiple screens to see the action. The viewing party begins at 3 p.m. but the bar will remain open all day and late into the night for your pre and post-showing celebration needs.
$125. 7000 Hollywood Blvd., Hollywood. 323-769-8888, more information.