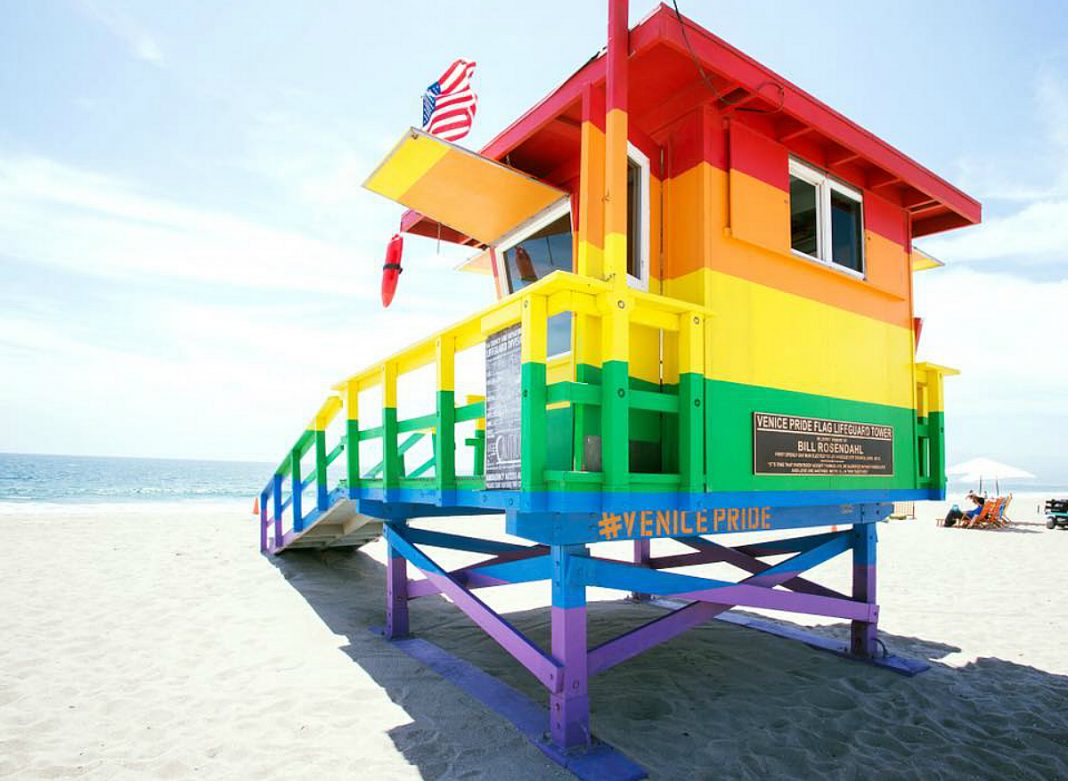 As June rolls around each year, we bust out the rainbow flags and prepare to celebrate all things Pride. Los Angeles holds the distinction of being the home of the first public LGBTQ Pride parade ever staged, and West Hollywood Pride remains one of the biggest and best-known Pride events anywhere.

While WeHo’s big fest may command a lot of attention, it’s not the only Pride game in town, so we’ve rounded up seven distinct options to keep you feeling the love, acceptance, and pride all month long.

Produced by Christopher Street West, the same activist group that organized the historic first Pride march in 1970, L.A.’s most-recognizable Pride celebration has struggled with some controversy in recent years. Critics have suggested more needs to be done to create an event that acknowledges the diversity of the LGBTQ+ experience and strikes the right tone in a changing political climate.

The parade is a free, public event; the festival portion is ticketed ($25-$450) and will feature three stages of live music from Meghan Trainor, Paula Abdul, CupcaKke, Sir Babygirl, and many more.

Between both the ticketed and free events, the City of West Hollywood estimates some 400,000 celebrants will be on the street over the course of the weekend.

For the 12th year, Dyke Day L.A. will serve as the unofficial Pride parade afterparty for lesbians, queer individuals of all kinds, and their allies–basically anyone who seeks a more grassroots alternative to the bigger Pride events.

The event is a volunteer-organized picnic party in Elysian Park, featuring music, food, and education booths. Dyke Day is less about A-list talent or elaborate production, and more about creating an upbeat community environment where everyone feels accepted and included.

This LGBTQ-oriented arts festival organized by the city of West Hollywood runs from Harvey Milk Day to the end of Pride month. This year’s theme is “Love is Love,” and you’ll find programming covering love in it’s many different forms, from queer poets reading love poems to a launch party for a comic book about the experience of first crushes.

It’s Pride by the seaside at this quirky Venice celebration. The centerpiece of the celebration is a free public block party featuring the ceremonial lighting of the iconic VENICE sign that hangs across the intersection of Winward and Pacific in rainbow colors.

The Pride parade and festival in downtown Santa Ana on June 22 is the largest in the O.C., complete with multiple stages of live entertainment, including one stage which is always dedicated to Spanish-language and Latinx performances. In addition to that main event, there are additional events through the month, including partnerships with the Angels and O.C. County Fair.

DTLA’s official Pride party takes place well past June, it’s still worth marking on your calendar. Launched in 2016, Proud turns Pershing Square into a colorful carnival atmosphere, with everything from drag shows to an inflatable water park for splashing around in the summer heat. Organizers have yet to announce performers and other details, but take advantage by snagging pre-sale tickets while they’re going for just $5.

RELATED: 100-Plus LGBTQ Icons and Iconoclasts Who Are Shaping Culture in L.A. and Beyond