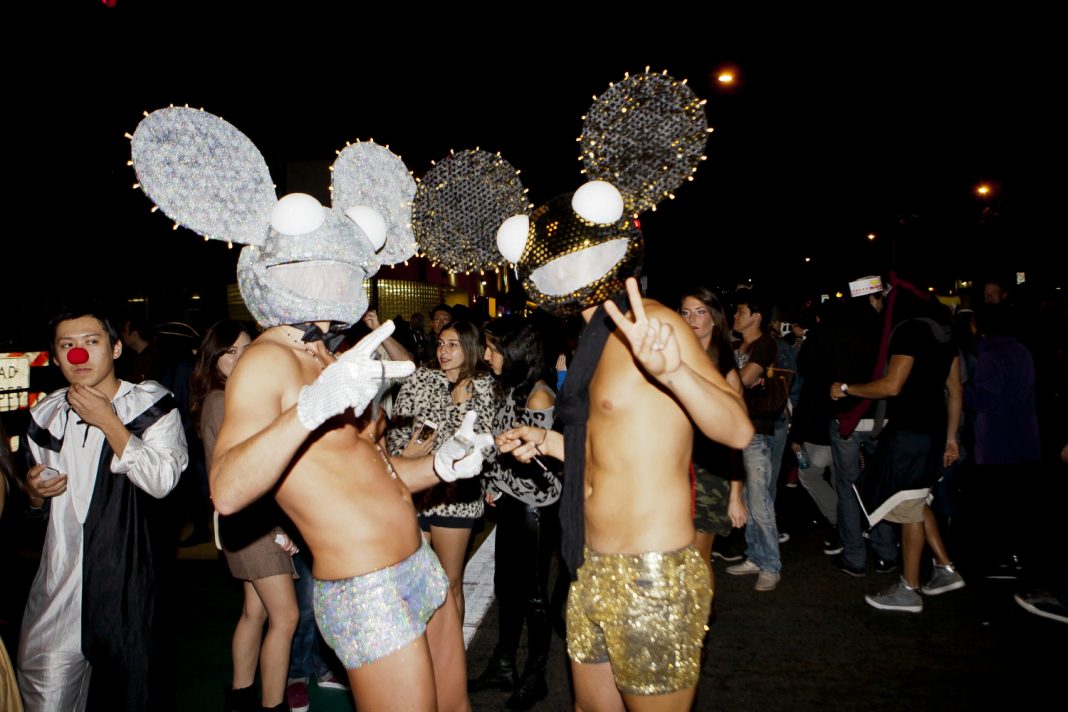 Like a revenant rising from the grave, the West Hollywood Halloween Carnaval returns to Los Angeles on October 31. Founded in 1987, three years after West Hollywood incorporated, the once-modest local gathering now attracts approximately 500,000 attendees each year. To put that in perspective, WeHo’s population is about 37,000. For a single evening the city temporarily rivals state capital Sacramento as the sixth-most-populous metropolis in California.

Like West Hollywood’s other signature event, the Los Angeles Pride Parade, the Carnaval runs along Santa Monica Boulevard between La Cienega Boulevard and Doheny Drive, giving the denizens of greater L.A., with its often cloistered car culture, an excuse to publicly interact with their neighbors. Thanks to SoCal’s temperate weather, bacchants are free to flaunt skimpy ensembles. Past Carnavals have featured tribes of loincloth-clad barbarians, horned demons sporting little more than body paint, and Princess Leias of every gender clad in her iconic metal bikini.

This body positivity, sexual license, and celebration of diversity epitomizes some of West Hollywood’s core principles. According to a statement on WeHo.org, Carnaval “is rooted in the foundation of the City of West Hollywood’s diverse culture and community. Each year, the event is a gathering of phenomenal costumes, entertainment, culture, and self-expression with a myriad of observers, revelers, exhibitionists, and performers.”

Local DJs like Ryan Kore, Audiomoe, and Aaron Colbert perform on separate stages that line the parade route. But the centerpiece of the festivities is the main stage at Santa Monica and San Vicente Boulevards, where members of the City Council crown their annual Halloween kings and queens. In keeping with WeHo’s LGBT legacy, many honorees are gay friendly or openly queer. Recently crowned royals include Rihanna, Queen Latifah, and Darren Criss.

“I’m thrilled to be included by this city to be crowned its king,” said Criss during a post-coronation interview with WeHoTV News in 2016. Dressed as Stranger Things’ Eleven, with blond wig and bloody nose, he quickly added: “Queen? Whatever you prefer. Whatever pronoun you like.”

West Hollywood always celebrates on the actual night of Halloween, which this year lands on a Thursday. Consider calling in sick Friday, lest you show up looking like a zombie.