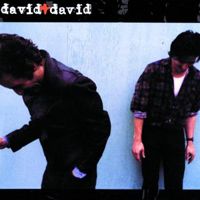 The United Sounds Of Los Angeles is a biweekly series from music writer Matthew Duersten that delves into the most underappreciated, obscure, and indispensable L.A. albums. There are countless ways to listen to the city. Here are 100 of them.

The Backstory
House painter David Ricketts and doughnut shop employee David Baerwald meet-cute at a nightclub and form a musical partnership that produces only one album.

Why You Should Listen
Like Steely Dan’s The Royal Scam or the Eagles’ Hotel California, this concept album about L.A.’s fringe dwellers melds flawless studio-rat technique with bleak and nasty lyrics: “The ambulance arrived too late / I guess she didn’t want to wait.” Rolling Stone took notice, calling Boomtown “one of the year’s most impressive debuts.” The rest of the world did not.

This isn’t the sort of record you should listen to before moving to Los Angeles. Boomtown‘s cinematic, MTV-ready feel dresses up tawdry sights and sounds in a wash of ’80s guitar riffs, Teflon-slick drums, and shimmering, breathy keyboards. No wonder the track “The River’s Gonna Rise” ended up on an episode of Miami Vice.

Local Color
Boomtown is like a sonic version of Edward Hopper’s famous “Nighthawks” painting. We meet beautiful losers who sit around telling fabulous lies: Miss Cristina, The Cleanup Kid, and Handsome Kevin who “deals dope out of Denny’s” (likely the shuttered “Rock ‘n’ Roll Denny’s” on Sunset). Locales like Skid Row (“The downtown missions are packed too tight with folks that got nowhere to go”) and the late Hollywood dive The Firefly fill out the album’s geography.

In the Tradition Of
Nathanael West’s The Day of the Locust
John Fante’s Ask The Dust
Tom Waits’s early albums
Alan Rudolph’s Welcome to L.A.

The Aftermath
Ricketts, who had matinee-idol looks, would go on to work with vocalist (and main squeeze) Toni Childs. Baerwald, who didn’t, had a cult solo career, releasing the depressing but sonically impeccable albums Bedtime Stories and Triage. In the mid-’90s the Davids reunited and helped shepherd Sheryl Crow to stardom with Tuesday Night Music Club.

Signature Tracks
“Being Alone Together” – This lover’s lament has lyrics as bitter as espresso: “She thought I was a hero, hee hee hee / I thought she was a goddess, foolish me.”

“Swallowed By the Cracks” – A beautiful ache of a tune about a trio whose starry-eyed dreams turn sour, this could double as a country song.