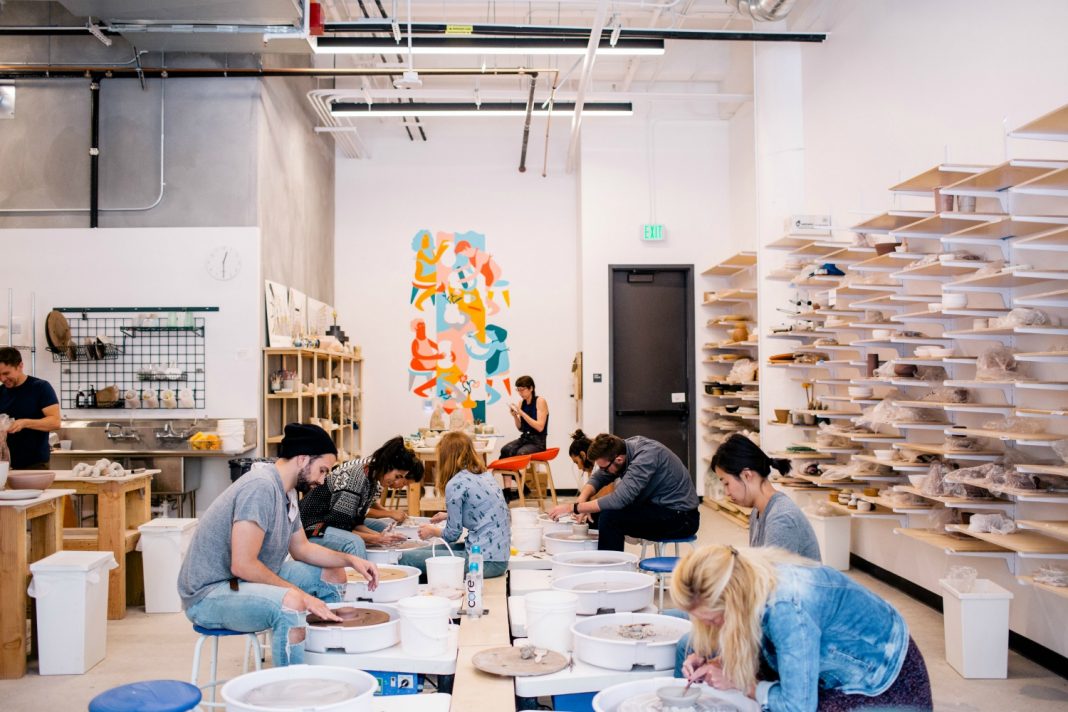 Like most of us, your social media feeds have probably become a steady stream of children standing beside school buses or holding chalkboard signs that say “Class of 2029!” (or some other impossibly futuristic graduation date).

Yes, it’s back-to-school season and we recognize that you might be feeling, well, a little left out. That’s why we’ve rounded up eight fall classes—from fermenting wild plants to carving your own spoon—suitable for the long-since graduated. So sign up, then run a comb through your hair and strike a pose in your front yard. You’re going back to school—if only for an hour or two.

The quickie Bowl in One class happens each Sunday at Still Life Ceramics’ studio in Row DTLA. That’s also where, conveniently, you’ll find the weekly open-air food market known as Smorgasburg. Come, make a bowl on the wheel, pick your glaze, and still have time to head outside for lobster nachos.

Maybe your Boy/Girl Scout days taught you to start a fire, but can you make a hot sauce in the woods? Here, join up with L.A.’s very own “culinary alchemist,” Pascal Baudar, to learn about making ferments, pastes, and hot sauces with plants. At the end of class, you’ll walk away with your own jar of fermented tastiness. Check out the full scheduled of Baudar’s classes, which include regular plant walks and cheese workshops.

Intro to macarons at the Gourmandise School

All the macaron munching you’ve done thus far is just a prerequisite. In this beginner’s workshop at Gourmandise School in Santa Monica, you’ll learn to make multiple shell and filling flavors and get a tasty overview of what’s behind the meringue-based pastry—like, for starter’s, there’s a French method and an Italian way (check the calendar for your preference). Not into sweets? Gourmandise School has loads of other delicious classes on offer too.

Climb out of any culinary rut you’re in by introducing a slew of new recipes to your repertoire. In Dim Sum and then Some, a Chinese tiny-plate primer, you’ll sip tea as you learn to make pork lotus flowers, scallion pancakes, walnut- and date-stuffed wontons, and more. And Hipcooks offers a load of other classes at its locations on the Eastside of L.A., the Westside of L.A., Woodland Hills, and Orange County.

In this three-hour workshop at Poketo’s new location in Row DTLA, you’ll learn Ikebana, the meditative art of Japanese flower arrangement using blooms, branches, and fruit. Yes, there’s more to displaying flowers than dropping your Trader Joe’s bouquet in a glass of water. Other upcoming workshops at Poketo locations include candle-making, calligraphy, and podcasting 101.

Making food is one thing, but making the utensil that serves the food—that’s next level. Grab a friend—preferably someone you’d like to make some spooning jokes with (har har)—and book a two-person private class at Allied Woodshop on Pico in DTLA to learn how to shape your own wooden scoop. Other upcoming Allied workshops (private and group) include intro to woodworking and intro to furniture making.

Getting to know your spirit animal at Unplug Meditation

Whether it’s a tiger, a turtle or a tuna fish, the one-hour Meet Your Spirit Animal Workshop at Unplug’s West Hollywood studio will help you pinpoint the mystical critter that’s guiding you. To do so, teachers Peter Oppermann and Pamela Robins will lead the group through mediation and ancient sound healing. Unplug—which also has a studio in Santa Monica—also offers classes in breathwork, chakra clearing, healing visualization, and moon meditation.

Fans of Making It with Amy Poehler and Nick Offerman will find a familiar face in Robert Mahar, who teaches Anatomical Embroidery at French General in Elysian Valley and was one of eight competing crafters on the show. With Mahar’s guidance, you’ll get to bypass the more mainstream stitching subjects (parakeets and pansies) and go right to the good stuff (arteries and ear canals). Other French General workshops include classes in making charm bracelets, tiny mice, and rag dolls.

RELATED: All of L.A.’s Free Museum Days in September

While Rich Kids Fake It, Students Who Actually Have Learning Disabilities Often Don’t Get the Help They Need