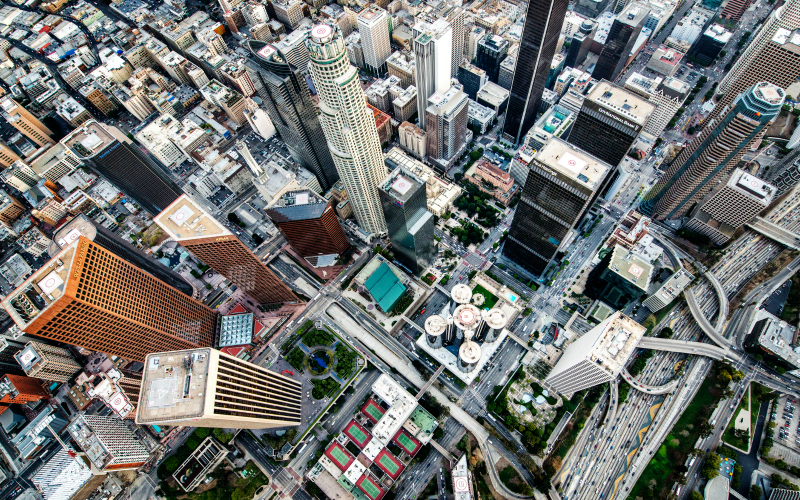 Plenty of stand-up comics have TV shows—but the thoughtful and politically savvy W. Kamau Bell’s show is an Emmy-winning documentary series on CNN. In his comedy, he takes on everything from racism, fatherhood, and his own journey to become a feminist, to superheroes and other subjects close to his “Blerd” (his term for a Black nerd) heart.

Dance it out on a Tuesday night. DJs from the local art and music collective Honey Power will be spinning funk, post-punk, international disco, and other upbeat genres from around the world at this free party, which also marks the second anniversary of Highland Park music venue the Hi Hat.

Wednesday: Giraffage at The Fonda

Charlie Yin’s journey wasn’t always easy. His debut album as Giraffage was produced during a lengthy struggle with depression and a crisis of identity. He came out the other side with a record of joyful, eclectic takes on synth-pop and R&B, a visual stage production that will wow even jaded concert-goers, and a coveted spot on this year’s Coachella lineup.

Catch the debut of this experimental work of theater, developed by the Wallis Youth Theater Company, an ensemble of young writer-actors that approach theater as a way to raise awareness for issues of social justice. Disposable is a multi-lingual, often highly physical, performance piece that creates parallels between the disposable trash created by our consumer culture and how we treat human beings who have been displaced around the world.

Friday: Pug Is in the Air at Pinup Girl Boutique

It’s almost Valentine’s Day, so to kick off the romantic season, the ladies of Pinup Girl Boutique are celebrating puppy love in the form of a limited-edition collection of heart-bedecked items. They’re hosting a super-cute party with champagne, snacks, a live artist sketching away, and chances to spin the Mystery Date Wheel.