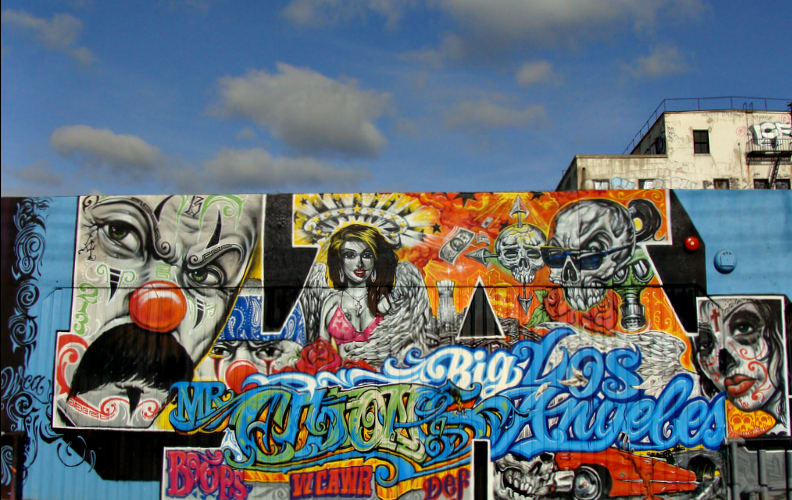 Monday: Author Conversation with Ryan Walsh of Astral Weeks: A Secret History of 1968

Music journalist Ryan Walsh stops into Book Soup to read and discuss his recent book, which delves into the complicated, fascinating origins of Van Morrison’s landmark album. The story is populated by some compelling characters, from Morrison himself to Timothy Leary, James Brown, and musician-turned-cult leader Mel Lyman.

Tuesday: An Evening with Adam Sandler

After a surprise warm-up show last month at Dynasty Typewriter, comedian Adam Sandler is taking on a big stage with his stand-up (and occasionally musical) material. The show is one of several being filmed for a forthcoming Netflix special.

If all you know about cinema from India is glitzy Bollywood musicals, the complex and diverse assortment of films screening during the Indian Film Festival may come as a surprise. The festival opens tonight with a showing of the gritty In the Shadows, about a troubled man who attempts to intercede when he witnesses an act of child abuse, and continues through April 15.

Not heading to Coachella, but still want to see two of the top guitar-rock acts that will be playing the festival? Or maybe you just love seeing bands named after KCRW news announcers? Either way, this show will have you covered for all your indie rock needs. Just know that if you walk out with that “Feeling it since 1966” song permanently embedded in your brain, we can’t help you.

Ever wanted to make your own posters or tee shirts? This workshop by master printer Dewey Tafoya will show you how. You can even bring your own design to class so you can leave with custom-made goods.

An Error in Judgement in the Operating Room, a Life Changed Forever