Home TV ‘We Are Who We Are’ Star Chloë Sevigny Gets De-Glammed for Luca... 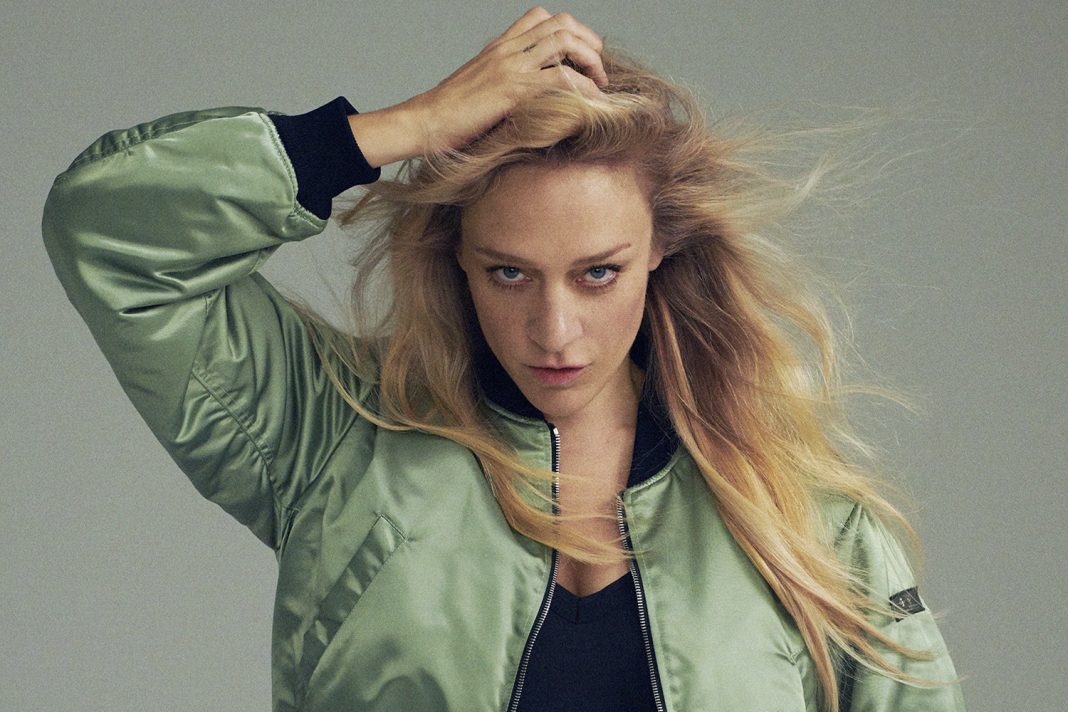 During her recent pregnancy, perennial “It” girl Chloë Sevigny—whose career spans modeling for Miu Miu and interning at Sassy to starring in edgy indies (Kids, The Brown Bunny) and major films and TV shows (Love & Friendship, Big Love, American Horror Story)—didn’t crave anything so obvious as ice cream or pickles. Instead the actress and style icon developed a nerdy-chic thirst for non-alcoholic beers.

“I got kind of addicted,” she says, with a throaty laugh. “I actually love the taste. There are some great ones out there. Brooklyn Brewery’s the best.” Although, she admits with a sigh, “I did—and do—still miss my martinis. But it’s not like there are any social situations to imbibe with friends right now anyway.”

In early May, Sevigny gave birth to her first child—a boy named Vanja Sevigny Mackovic. During the pandemic she and her partner of a year, gallerist Sinisa Mackovic, have been hunkering down in their Manhattan apartment and settling into their roles as parents. “We’re learning how to do it,” she says, adding that having a son is a bit perplexing. “I still don’t have any idea how to deal with a boy. I’ve always been very femmy—dolls, clothes, makeup. I guess I’ll figure it out now. I’ll have to!”

Motherhood isn’t her only new role. Sevigny appears in HBO’s highly anticipated We Are Who We Are, directed by Luca Guadagnino of Call Me By Your Name fame. Premiering September 14, the series centers on teens on an Italian army base. Sevigny plays the lesbian commander, and Jack Dylan Grazer, the nephew of producer Brian Grazer, stars as her adolescent child. The role sees her donning fatigues; sporting a severe, cropped hairstyle; and wearing zero makeup—quite a contrast from her usual alterna-glam looks. “It was bad enough that someone who cuts hair on military bases cut my hair!” she says. “But no makeup? I would rather have had something. It was my first trimester—I did not look my best. Luca wouldn’t even let me wear mascara! Now with the pandemic, actors on new projects are going to have to do their own hair and makeup. I say, ‘Go work for Luca Guadagnino—you won’t have to bother at all!’” 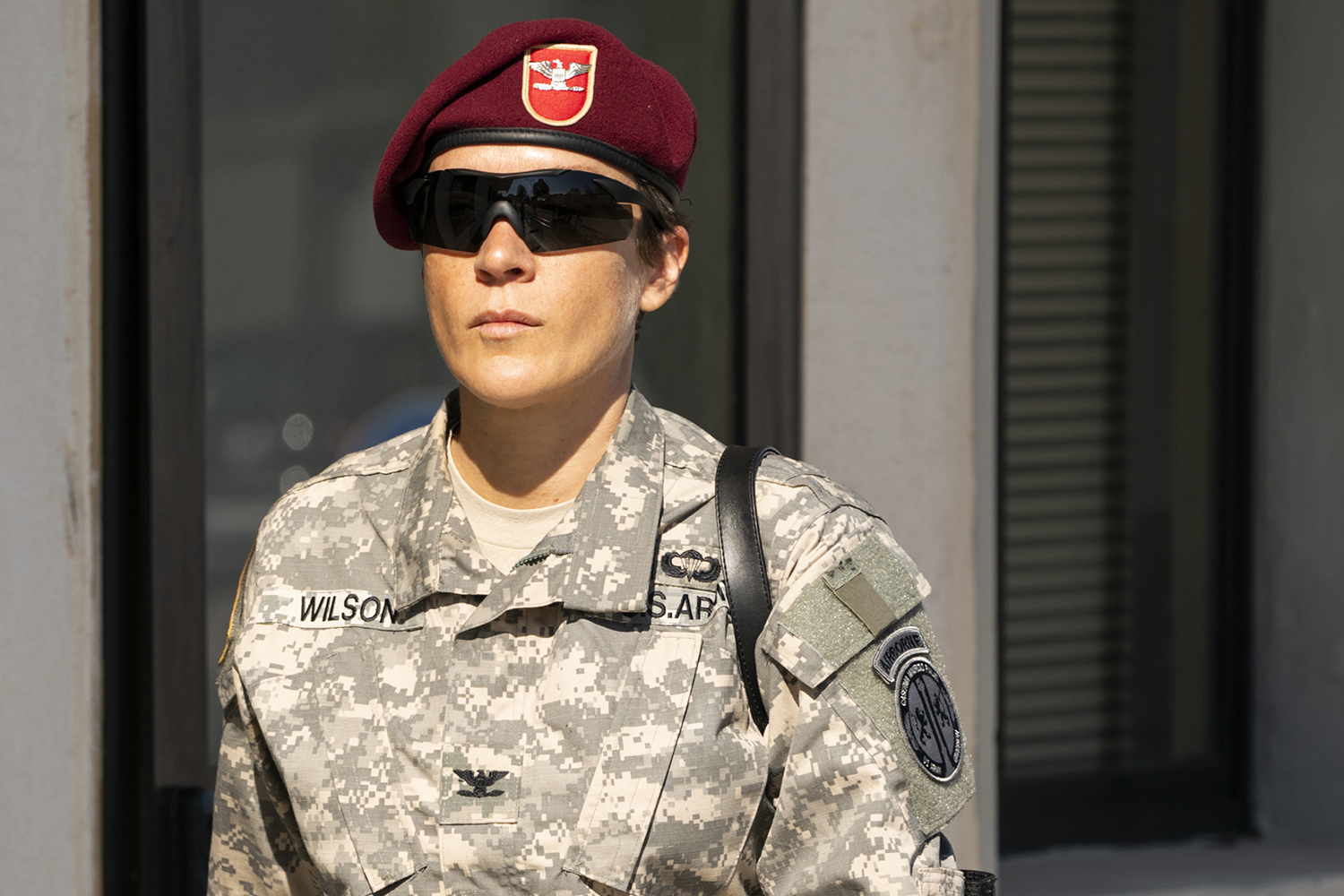 Sevigny kept her pregnancy mostly under wraps for the five months they were shooting in Italy. “I had a pooch, but I tried so hard to camouflage it,” she says. “I’m not ever sure Luca knew I was pregnant. Production had to know—they had to deal with my doctor schedule. It wasn’t easy—Luca doesn’t shoot on schedule. He’ll wake up on a given day and say, ‘I feel we should shoot the ladies’ sex scene today.’ You don’t know which lines to memorize. It was pretty frustrating.”

Being in a foreign country also complicated matters. “My first doctor was rather strange,” she recalls. “He sent me to change in one room and didn’t give me a gown. So I had to walk through his office with no pants on. I thought, ‘Is this an Italian thing?’ Then he warned, ‘Do not eat any sugar! Only wear cotton underwear! Only wear skirts!’ When I went back, he said, ‘You’ve gained three pounds! That’s too much weight!’ That’s when I realized, ‘This is not gonna work for me.’ So I went to a different hospital.”

Pregnancy came as a surprise to the 45-year-old, who had tried to conceive over the years both naturally and with the aid of science. “It was a real shocker,” she says. “This was an accident. I didn’t think I’d ever have kids. I just acquiesced that it was not going to happen for me.”

Once back from Italy, Sevigny reveled in her condition, posting sexy shots of her bare baby bump from all angles, and appearing on the cover of New York’s The Cut in nothing more than sparkly earrings and a handbag. “I felt like I looked better naked than in clothes. You just look fat in clothes,” she says. “At least showing the bump explained why I was puffy.” Even “puffy” and walking around town in Norma Kamali stretch pants, the mother-to-be was a fixture on street-style blogs and fashion sites.

RELATED: Chloe Sevigny Says Her New Perfume Is About Being a Lady, Not an “It Girl”