Home Uncategorized All the Ways the ‘Day Without Immigrants’ Strike Is Affecting L.A. 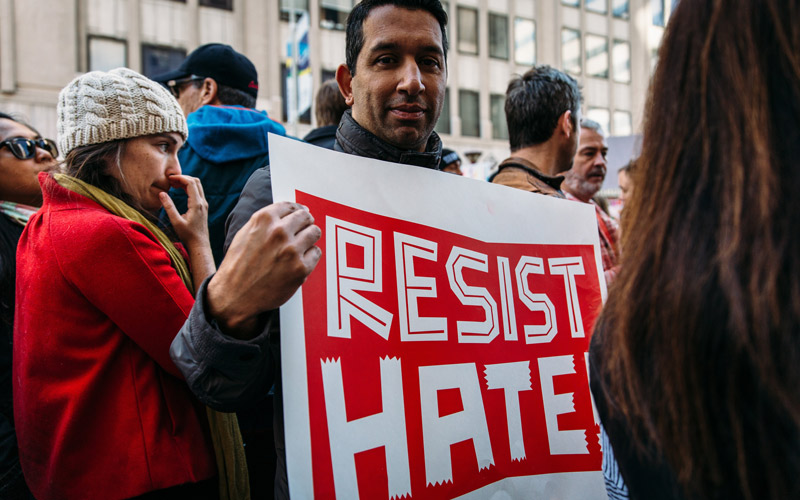 Today’s “A Day Without Immigrants” strike—which calls for immigrants to skip work and pass on shopping in order to demonstrate their importance to the economy—is well under way.

Though some immigrant rights groups in L.A., including the Coalition for Humane Immigrant Rights of Los Angeles, have abstained from participation, per the Los Angeles Times, numerous restaurants have shut down entirely. Among their ranks are Nickel Diner and Bar Amá downtown, Hatchet Hall in Culver City, Guelazuetza in Koreatown, Gracias Madre in West Hollywood, and others, while plenty more are allowing their staff to take the day off in protest, Eater reports.

Bar Amá will be closed today in observance of a Day Without Immigrants. We dedicate our participation to Amá, who fled Puebla during the Mexican Revolution to start a new life in San Antonio. Today we remember and honor her. Thank you to our staff and customers. We will reopen tomorrow.

According to Eater, Loteria Grill, helmed by immigrant Jimmy Shaw, will be screening the film A Day Without a Mexican tonight at 6 and 8 p.m., while The Wallace is donating 20% of today’s sales to the ACLU.

RELATED: Some Genius Is Working to Provide Homes for Refugees—in Trump Tower

Last night, the LAUSD encouraged students to show up to school rather than protesting, though the dean of Santee Education Complex near downtown told the Times that there was still a noticeable absence of students from his school this morning.

The extent to which the effects of the strike will be felt remains to be seen, but at least one normally busy part of the city seems to have shut down almost entirely. Twitter user @gabriel0621 shared photos of the Fashion District at around 10 this morning, dead empty.

The callejones in #DTLA are probably one of the busiest places in LA, this is just one of the small impacts of #ADayWithoutImmigrants pic.twitter.com/Hf3NjgUarg

Reporter Lauren Day also shared an image of Santee Alley nearly deserted as a result of the strike.

The Day Without Immigrants is just one of numerous protests—including a major immigration march downtown this Saturday—against President Trump’s efforts to build a wall, deport millions, and keep refugees from certain Muslim majority countries out of the United States.

Thomas Harlander is a staff writer at Los Angeles magazine. You can follow him on Twitter and Instagram. He recently wrote: Everything You Need to Know About This Saturday’s Immigration March in L.A.