Home Books Waterman Details the Life of Duke Kahanamoku, aka the “Human Fish” 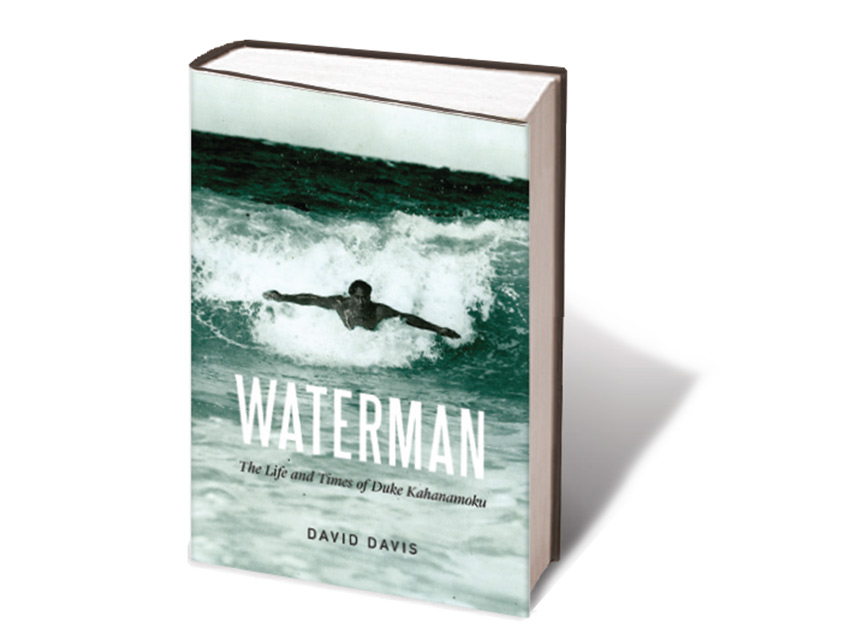 A pioneer of surfing, swimming, and race relations, Duke Kahanamoku spent more time in Los Angeles than anywhere but his native Hawaii. Now he’s found his ideal biographer in L.A.’s David Davis, arguably the best sportswriter to ply his trade hereabouts since Jim Murray (and a contributing writer for this magazine). Davis’s smartly titled new book, Waterman (October 1, Nebraska Press), tells the story of a man so at home in the ocean that he once fell asleep while scuba diving. Style­wise Davis is something of an even-keeled longboarder. He stays in the curl all the way from Kahanamoku’s tropical childhood through his Olympic triumphs, stereotypical film roles, goodwill ambassadorship, late happy marriage, and finally his ambivalent aloha to Oahu’s—and surfing’s—poor but pure early days. Kahanamoku’s life becomes a parable whose lesson I’ve just violated: Know what you love and shut up about it.

I’ll Admit It: I Liked Aloha