Home TV Watch the ‘Breaking Bad’ Finale in a Graveyard 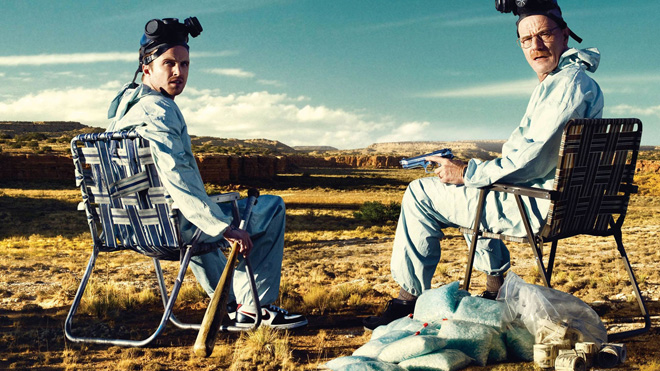 Since we don’t know of any laundromats, El Pollo Loco franchises, or underground meth labs hosting viewing parties for the Breaking Bad finale, we’ll take what we can get. Fortunately, in Los Angeles, that’s pretty good.

Cinespia, the organization that screens flicks all summer long in the Hollywood Forever Cemetery, is hosting a viewing of the show’s final episode on September 29. The party commences at 6:30 p.m. and includes a screening the pilot followed by the final episode. The event is a benefit for Kind Campaign, an anti-bullying organization. (Maybe they should teach kids to say, “I’m not in danger. I am the danger.”) Tickets, which cost $45, go on sale next Wednesday (September 4) at noon.

If you don’t have the bucks, AMC is holding a contest in which one lucky winner will get to hang with Breaking Bad stars Aaron Paul and Bryan Cranston, roll up to the cemetery in an RV, don a hazmat suit, hang with the actors during the finale, and then attend a private afterparty. Paul, who is the most genial of celebs, will even pick you up from the airport if you have to fly in form out of town (AMC’s picking up the tab for plane tickets). Get out your blue rock candy.