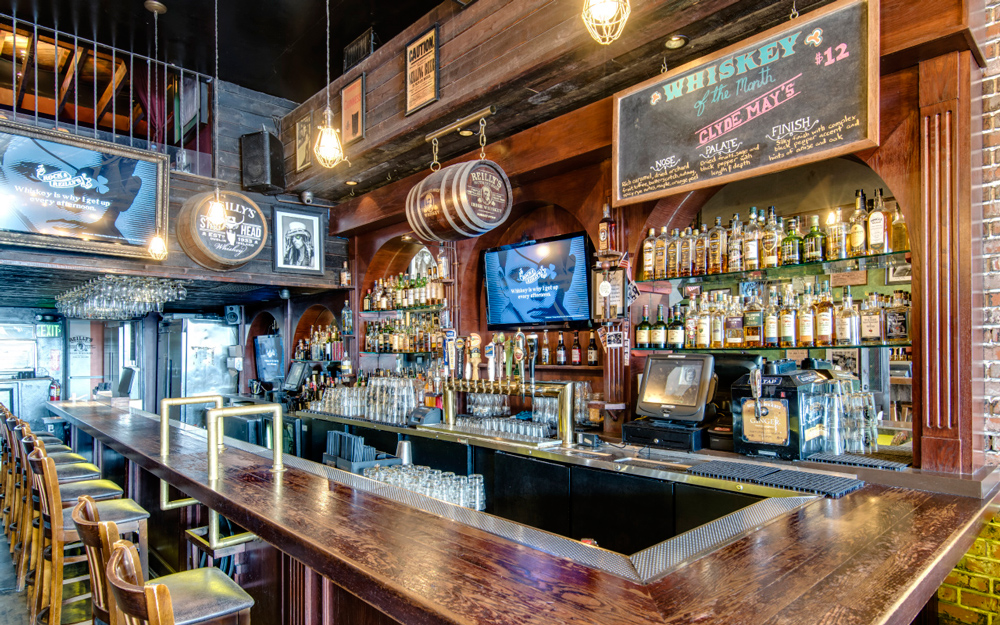 Cal and Hawaii may have kicked off the inaugural game of the 2016 college football season last Friday, with the Golden Bears winning easily despite the departure of Golden Boy quarterback Jared Goff (now of the Los Angeles Rams), but the first real slate of matchups begins this Thursday and runs right through Labor Day. Here’s a completely subjective list of the five best games—including USC and UCLA, both playing in Texas—and the bars in and around Los Angeles to watch them.

No. 20 USC vs. No. 1 Alabama (neutral field game at AT&T Stadium in Arlington, Texas)

Where to watch if you’re a Trojans fan: The Los Angeles Biergarten

The Biergarten opened last year, and it’s seriously huge, spanning nearly 4,000 square feet. Perhaps that’s why the USC Alumni Association chose it as the official Los Angeles watch party spot for the season opener. Or maybe it was the 100 draft beer choices. The latter will come in handy if USC loses to Alabama in its first meeting since 1985, a game the Crimson Tide easily won, 24-3.

Where to watch if you’re a Crimson Tide fan: Rock & Reilly’s Irish Pub

If you’re a colorblind USC fan, your first few steps into Rock & Reilly’s Irish Pub might make you feel at home. But general manager John Anthony cautions you’re actually walking into a sea of crimson, not cardinal. For the third year in a row, Alabama faithful will dominate the bar during football games, which, Anthony says, usually translates to roughly three-fourths Crimson Tide fans. For this particular match-up, however, he predicts that number will be closer to 100 percent. The ‘Bama fight song blares every time they score, and specialty food and drink items (including an “Alabama Slamma”) are available for purchase at the event.

Where to watch if you’re a Bruins fan: Barney’s Beanery

Barney’s Beanery is one of the few remaining bar choices for UCLA students, which means that the crowd on Saturday—especially for a road game—will be college-heavy. If that’ll make you feel old, don’t worry. It’s got two floors, and, as one Yelp reviewer put it, “more televisions than chairs,” so there’s plenty of space to spread out. Make no mistake though: If you want to be in the middle of the action, this is your happy place.

Where to watch if you’re an Aggies fan: Hyperion Public

Though Texas A&M’s Kyle Field is known for getting especially loud, UCLA quarterback Josh Rosen appeared unfazed this week when talking about the crowd noise, saying, “after about 50,000 people, it all sounds about the same.” Not everyone shares his view, however—particularly Aggie fans, who take great pride in expressing support for their football team. Case in point: When asked where Texas A&M alumni in Los Angeles would be watching Saturday’s game, its chapter president responded with not one, not two, but three separate locations. Our pick of the three? Hyperion Public, which opened in January and has a solid selection of burgers and mac n’ cheese, plus bottomless mimosas.

Where to watch if you’re a Sooners fan: 33 Taps

When Oklahoma and Houston originally scheduled this matchup in September of 2014, the Cougars were coming off a solid but unspectacular 8-5 season. Two years later, the Sooners are suddenly facing one of the best teams in the country—at the seriously early hour of 9 a.m., no less. If you can drag yourself out of bed in time, 33 Taps will be the gathering place for OU supporters. The bar also recently hosted a Big 12 alumni mixer—an event the University of Houston, eyeing inclusion in that conference, would very much like to be a part of someday.

Where to watch if you’re a Cougars fan: Goal Sports Café

OK, here’s the thing: There doesn’t appear to be an officially sanctioned University of Houston bar in Los Angeles. Someone has to get the ball rolling, so we’ve taken it upon ourselves to anoint Goal Sports Café. Sure, “goal” signifies soccer more than football, but then again, soccer is football to everyone else in the world. Also, Goal’s head chef, Jonah Johnson, is buddies with Leonardo DiCaprio and often cooks for him on set, so maybe that counts for something. At no. 15 in the AP Poll, this is Houston’s highest ranking to start a season since 1991, and its fans deserve to treat themselves like A-list celebrities for that achievement alone.

No. 5 LSU at Wisconsin

Where to watch if you’re a Tigers fan: 2nd Half Sports Grill

For the fifth time since Les Miles took over as head coach in 2005, the Tigers start the season ranked in the top five. With great power comes great responsibility, and LSU’s Southern California club has responded by grabbing a “private upper deck” at 2nd Half Sports Grill, complete with a raffle drawing.

Where to watch if you’re a Badgers fan: Brü Haus

With plenty of brats already on the menu, Brü Haus is a natural fit for Badgers in Los Angeles. They had a viewing party at the bar during Wisconsin’s 68-63 loss to Duke in the 2015 men’s basketball title game, and have stuck around for football season. Owner Wen Yeh has made some tweaks to the menu for football Saturdays, adding regional favorites like cheese curds and fish fry.

Where to watch if you’re a Fighting Irish fan: Sonny McLean’s Irish Pub

Yes, Notre Dame alumni really do gather at an Irish Pub, albeit a Boston-themed one. They’re usually granted one half of the bar on game days, though turnout often exceeds that. Last year at this time, they were rewarded with a 38-3 blowout over these same Longhorns.

Where to watch if you’re a Longhorns fan: Rec Room

The Longhorns are mired in mediocrity right now, and frankly, that’s unlikely to change against the Fighting Irish. But hey, if it does, you can get a firsthand look at the reinvigoration of a down-on-its-luck football program. Take it from a journalist: There’s nothing better than being first on the scene.