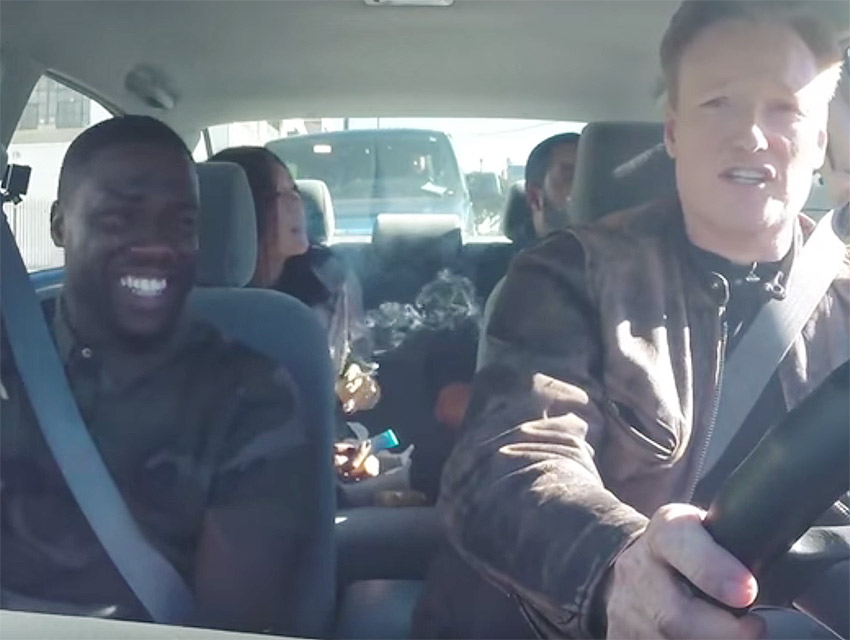 For most new drivers, cruising the streets with a carful of loudmouthed friends—even in cities with perfectly adequate drivers—is akin to playing Frogger on expert mode. Which is why we’re amazed that Diana Chang, who works for Conan O’Brien, is still alive after chauffeuring O’Brien, Kevin Hart, and Ice Cube around Los Angeles.

Chang makes a valiant effort to keep her eyes on the road despite being forced to throw pennies at neighboring cars or listen to Hart cuss out one driver for cutting them off. The unlikely quartet ends up at a marijuana dispensary downtown, where O’Brien buys enough weed to stuff a pinata. Seriously—you’ll see.

After some hot boxing and a pit stop at Popeye’s, O’Brien, Hart, and Cube determine that Diana is ready to pass her driving test. God help us all.