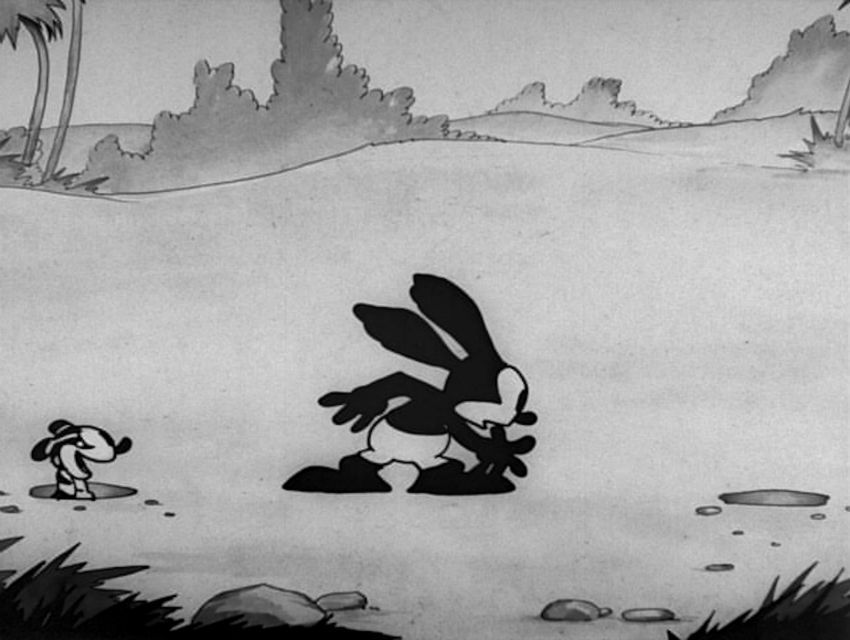 The summer film season has already started. With talk of blockbusters like Avengers: Age of Ultron already in release and the highly anticipated remake of Mad Max opening this week, it would be easy to miss one of the true highlights. On Saturday June 13, the Los Angeles Chamber Orchestra is celebrating Walt Disney Animation with the first showings of two Oswald the Lucky Rabbit Shorts in over 50 years. LACO will be performing orchestral scores written by Mark Watters who is also conducting. The evening will take place at The Theatre at Ace Hotel.

“Oswald was a character Walt Disney and Ub Iwerks, a top animator came up with,” says Dave Bossert, Creative Director and Head of Specials Projects at Walt Disney Animation Studios, who oversaw the restoration of these shorts for Disney. “It was a real shock to Walt Disney when he found out he didn’t own the rights to that character. Some people would have just cried about it. Instead he created Mickey Mouse. What would have happened if he hadn’t lost the rights to Oswald? Would Oswald have developed the way Mickey did? You can drive yourself crazy having those thoughts.”

It is worth noting that Disney regained the rights to Oswald in 2006 in a trade with NBC Universal. The most interesting part of that deal was that sportscaster Al Michaels was released to NBC Sports and Disney regained control of the 26 Oswald cartoons that Walt created.

The two short films are 1927’s Poor Papa and 1928’s Africa Before Dark. “Poor Papa was the first Oswald that Walt and his team animated,” reveals Bossert. “It was not released initially. It was released at the end of the 26 [cartoons] that he created. Producer Charles Mintz felt Oswald looked a little on the old side and wanted changes made to him. With Africa After Dark, the only significance I can point to is that Africa was the dark continent and mysterious and there was a lot of interest in it at that time.”

Bossert explains how the pairing of Disney and LACO came about. “We’ve actually had a loose association with LACO for quite a number of years. We periodically get a request saying ‘do you have anything we can put in front of this film at our silent movie night.’ A couple of years ago we found a lost Oswald called Hungry Hobos. We premiered it in 2013 at their event. Last year a conversation started about a whole program featuring animation. We’re really excited about it. It’s a great venue, the Theatre at the Ace Hotel. It’s an old movie palace. To screen these great cartoons with a live orchestra is very exciting.”

The evening will include much more than these two shorts. “We put together a great program with LACO to showcase Walt Disney Animation Studios from its roots with Oswald all the way up to Get a Horse which was an Academy Award nominated short last year,” says Bossert. “To be able to show an audience a thru-line that spans essentially 80-90 years and have those cartoons play is a great experience. Everything they were doing in the 20’s and 30’s with animated shorts, it was all leading up to that first feature film, Snow White and the Seven Dwarfs. It’s important to understand your heritage, to preserve aspects of that heritage. What better way to look at it than on a large screen in a movie palace with a live orchestration?”

When and Where Was Mickey Mouse Officially Born?