Home Uncategorized Wardell: A Brother/Sister Duo with Famous Roots Forges its Own Sound 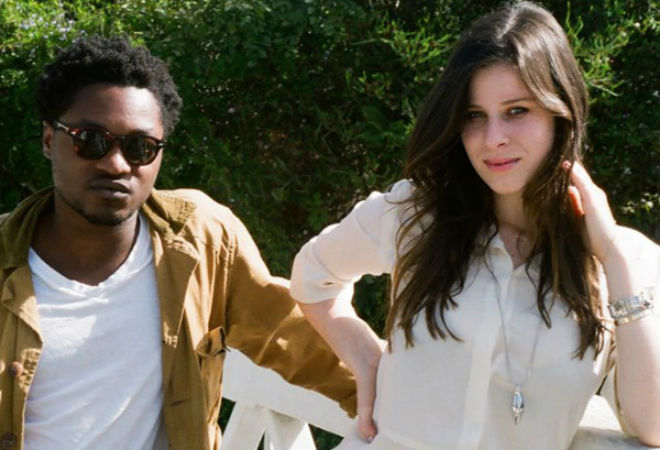 Sasha and Theo Spielberg’s childhoods were filled with music—just not the kind they make today. The daughter and adopted son of filmmaker Steven Spielberg passed their early years playing “Name That Tune” in the car with their dad, but somehow, it always came back to movie scores.

“Our environment was really musical but our parents never forced instruments into our hands,” Theo says. They both took piano lessons and learned guitar from their uncle, while Theo also took up drums and bass. Their tastes still don’t always overlap—“I let Sasha have her 20 minutes of Top 40 in the van,” Theo jokes as Sasha breaks out into a Selena Gomez song—but when they do, they bond over Bob Dylan, Kate Bush, Fleetwood Mac, the Beach Boys, and the Strokes. It was only three years ago that they started writing music together and Wardell was born.

“Sasha came into my room one day about three years ago and said, ‘Let’s write a song.’ So we did,” says Theo, now 25. They sent voice memos and Garageband files to each other (from inside the same house) and returned with ideas. Eventually, they had enough material to release an EP, Brother/Sister, earlier this year. It was a polished debut that caught the attention of Jay Z’s Roc Nation label, which signed the duo.

Brother/Sister EP doesn’t fit neatly into a genre—and it’s certainly not a film score—but it’s full of the warmth and familiarity you’d expect from two people who grew up down the hall from one another.

The summery vibes of Theo’s reverb-drenched guitars and the breezy oohs and ahs of Sasha’s voice recall a summertime drive down PCH, but it’s not all sunshine. Lyrically, love gone awry crops up more than once and bluesy riffs creep in as Sasha’s vocals soar, belying the stage fright of her youth. Their standout single, “Opossum,” is a slow-burner that takes Wardell from pleasant to striking in half a minute.

It’s not a new notion that having a few bucks in the family bank kills your ability to make meaningful art. Wardell shatters that notion. Their approach is completely DIY. They put songs on Soundcloud, they gig in tiny local venues, and they try to turn the right heads at SXSW—like every Los Angeles band.

“Even still, when I got to college, people would look at me and [anything I did] and they’d be like, ‘Oh really?’” says Theo, who worked as a music journalist for the Huffington Post. “If you’re a visible person, there will be some people who want to knock you down or minimize your achievements based on their perception of whether you earned it. The only thing you can do is ignore it and have faith in yourself.”

It also helps that neither of them are trying to direct, Sasha points out. Reactions to their surname are nothing new, but these days Theo and Sasha can embrace it more easily than they could when they were younger.

“When I’d go to camp, I’d ask them to erase Spielberg and put in Taylor so I’d be anonymous and I’d know that my friends liked me for me,” says Sasha, now 23. “Then, I’d make friends and when my parents showed up, they wouldn’t really care.”

The apple, however, didn’t fall too far from the tree. Sasha has been writing for years. She acted and majored in screenwriting at Brown. She recently landed a script development deal with ABC for a pilot she wrote with Emily Goldwyn. It’s a balancing act, but neither she nor her brother intend to shelf Wardell.

“We love this,” Sasha says. “Even something as small as our first show at the Hotel Café was such a big deal to us. We were like, ‘Do we deserve this?’”

“For Sash and I,” her brother echoes, “music has always been vital to our existence.”

Wardell will open for PAPA at the El Rey on Friday, Dec. 5. They plan to release a full-length album in 2014.