California’s music festival season is already pretty packed, but if you’ve done the circuit a couple of times, you might be itching for something new. This year, you’re in luck. Four brand-new festivals–Virgin Fest, Friends & Lovers, Cruel World, and Primavera Sound–are here to make 2020 the best summer ever.

Virgin Fest aims to give the typical pop festival a more sustainable and inclusive makeover. Taking place at Banc of California Stadium and Exposition Park, the event will minimize single-use plastic, integrate local non-profit organizations, and partner with Metro to get festival goers to and from the venue car-free.

“By combining Virgin’s signature hospitality and ingenuity with a strong sense of purpose, our team built the festival of tomorrow, today,” Virgin founder, Sir Richard Branson stated in an announcement. “We are proud to bring Virgin Fest to L.A. and to be on track to become one of the United States’ greenest festivals.”

While previous iterations of Virgin Fest were free, you will have to pay for this one, with prices starting at $229–but the lineup is certainly impressive. On the bill are Lizzo, Ellie Goulding, A$AP Rocky, Kali Uchis, Anderson .Paak & the Free Nationals, Clairo, Japanese Breakfast, Jay Som, Miya Folick, Empress Of, and many more. 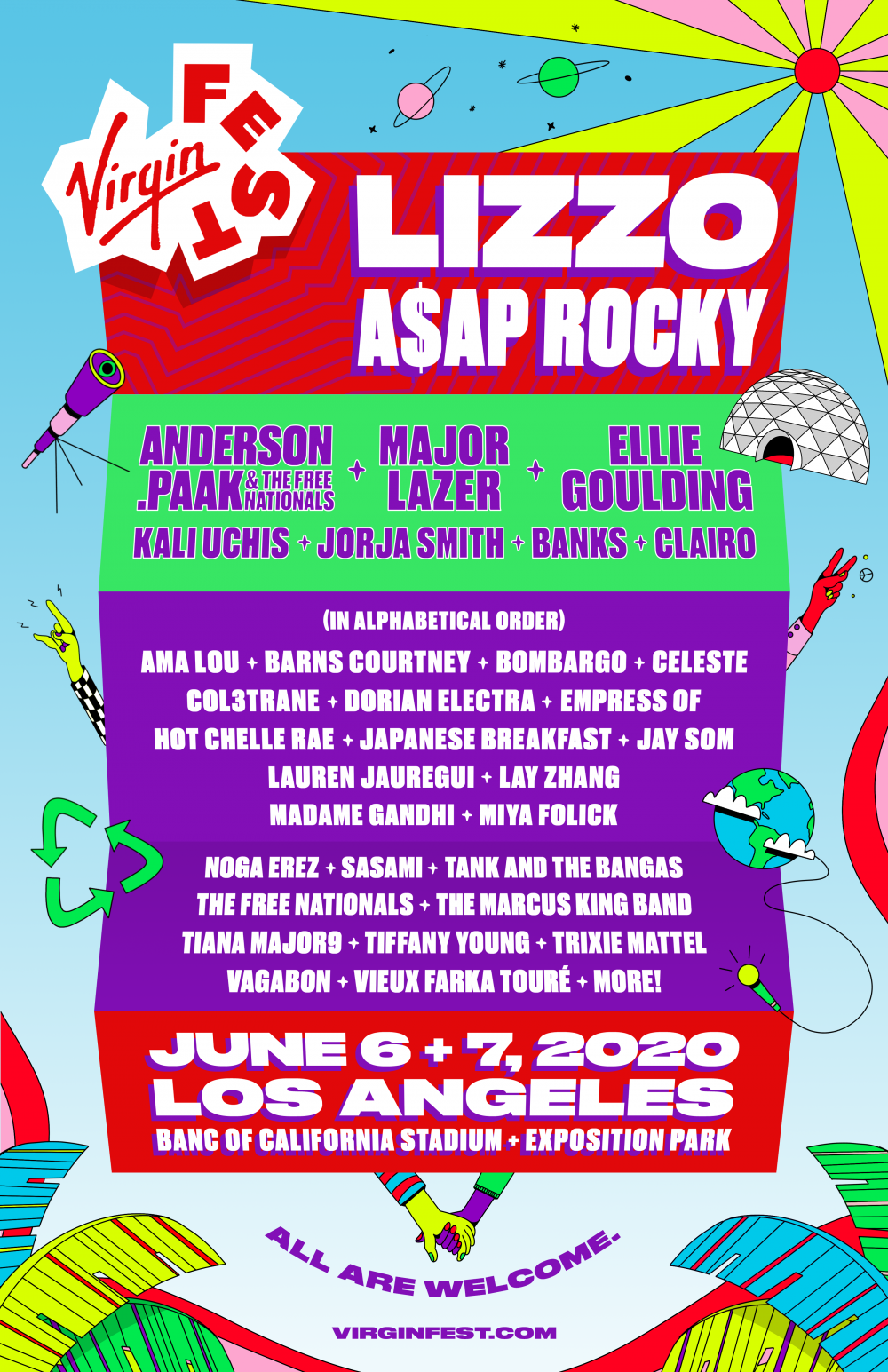 Also new for 2020 are two new one-day festivals from Goldenvoice, both at Dignity Health Sports Park in Carson, typically home of the L.A. Galaxy.

Cruel World should appeal to fans who braved the heat for last year’s Pasadena Daydream, a one-time-only festival curated by the Cure. This year’s offering for the summer goths includes post-punk and dark wave artists like Blondie, Bauhaus, DEVO, Drab Majesty, Cold Cave, Gary Numan, and Echo and the Bunnymen. At the top of the bill is Morrissey, who maintains a loyal fan base, particularly in L.A., in spite of his far-right politics. The controversy appears to have done little to deter ticket sales; the fest sold out almost instantly when it was announced. 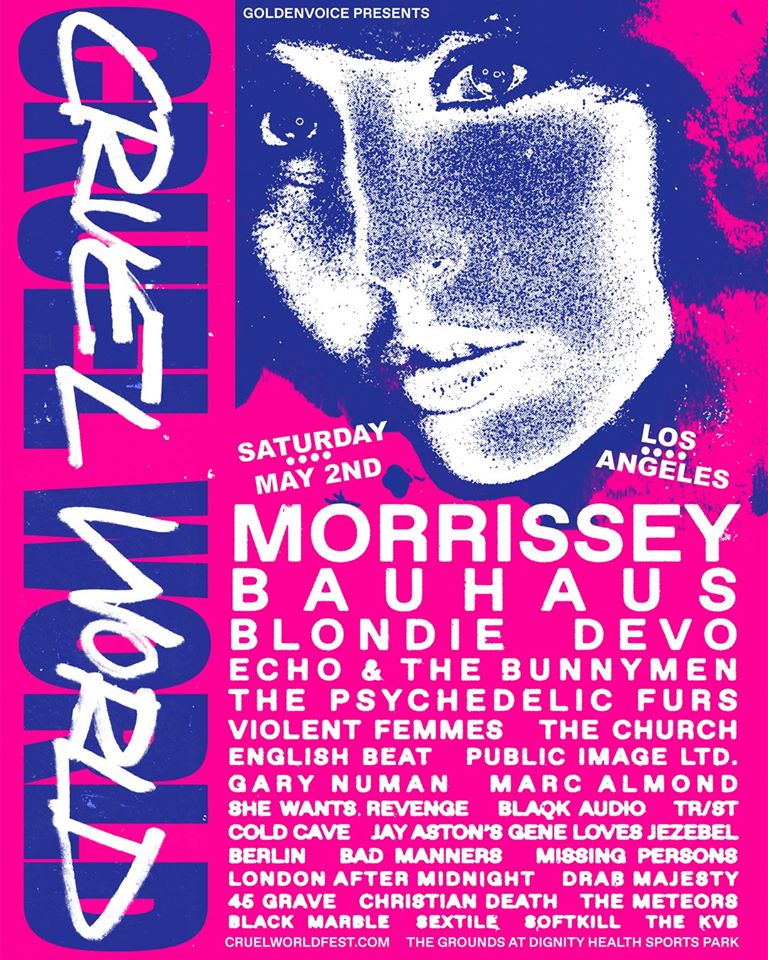 A week later, the same venue will play host to Lovers & Friends, a hip hop and R&B festival with throwback vibes. Usher, Ludacris, and Lil Jon will stage a “Yeah!” reunion, which is sure to be a highlight of festival season. Ms. Lauren Hill, TLC, Eve, Tweet, and Foxy Brown all add to the ’00s flavor. There are younger artists on the female-dominated lineup too, like Megan Thee Stallion, Summer Walker, and Saweetie–all of whom share a certain sensibility with their predecessors. 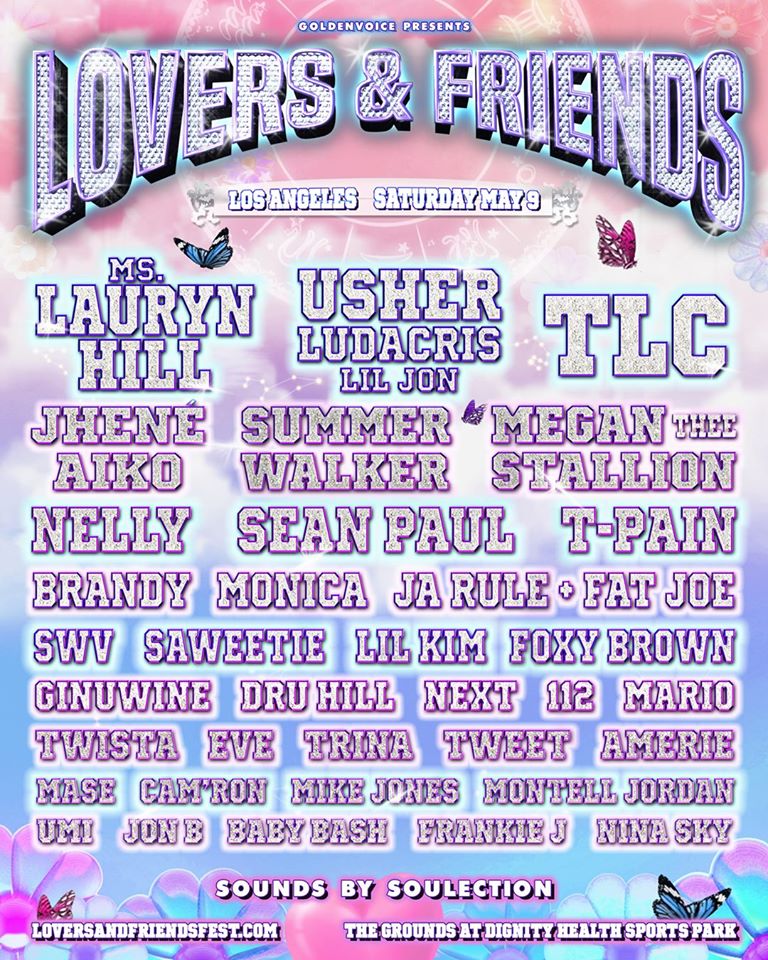 Another new fest lands in L.A. in September with the first U.S. edition of Primavera Sound, a beloved European music festival that has been drawing fans from around the world for years. While the date and venue, L.A. State Historic Park, are set, few other details have leaked so far. Organizers have promised a commitment to gender diversity in performers and “a lineup featuring the classics, icons of today, and artists of tomorrow, during an incredible weekend of music without stylistic barriers.”

RELATED: A History of L.A.’s Most Legendary Bygone Music Festivals