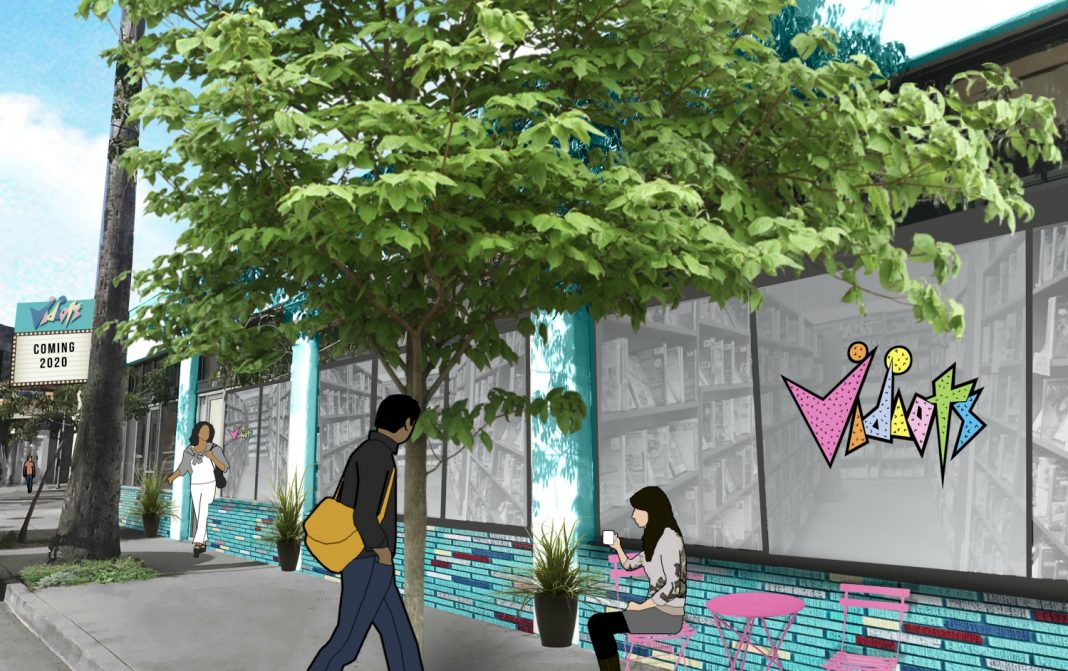 Even in a city of cinephiles, keeping a video store afloat is a tricky proposition. In early 2017, beloved brick-and-mortar temple to home video Vidiots closed its doors, 32 years after it was founded in Santa Monica by Patty Polinger and Cathy Tauber. The store withstood a number of changes to the way people watch movies at home, but streaming had become its most formidable challenger yet, even as the technology’s promise to put all things at all people’s fingertips all the time proved to be greatly exaggerated.

At the time, the storefront’s closing was bad news but not the worst news—executive director Maggie Mackay had vowed that the store-turned-nonprofit Vidiots Foundation would return, but until today it wasn’t clear when, where, or in what capacity. Let’s just say the future looks as bright as a neon marquee.

In fall of 2020, Vidiots will relaunch as a video store and repertory movie theater at the 90-year-old Eagle Theatre on Eagle Rock Boulevard. The space—most recently a church with a recognizable sign instructing passersby to “STOP SUFFERING”—is a long way from were Vidiots began, but Mackay says by phone that the adjustment in geography and mission are part of a well-plotted plan.

“A human being can’t be replaced with an algorithm, especially when it comes to talking about art and making recommendations.”

“We knew that for our longterm survival, rethinking our financial model was going to be a thing we did one way or another, as it became increasingly clear we weren’t going to stay in Santa Monica,” Mackay says. “Changing neighborhoods, changing costs and rents—they are what they are.” Around the time the video store shuttered, Vidiots announced that it was partnering with Annapurna Pictures. Working under the umbrella of Megan Ellison’s production company, the foundation was able to work with a team of advisors, board members, and analysts to “hunker down and figure out what we needed to be,” as Mackay puts it. 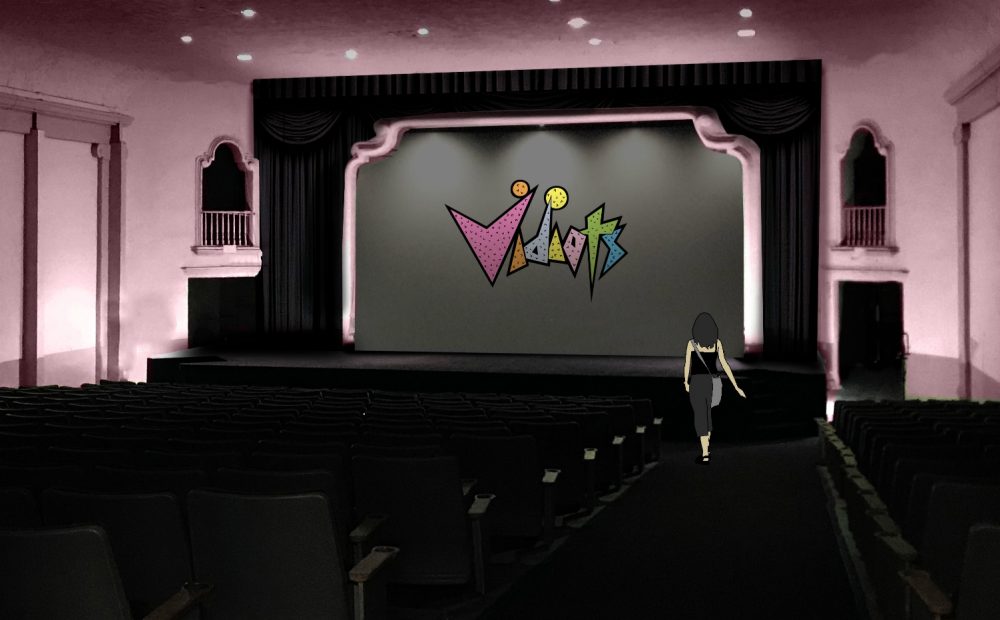 To negotiate a longterm lease on the Eagle Theatre space, they hooked up with Jeffrey Birkmeyer, who became development partner and will provide support throughout the project. The project has also relied on some notable “founding members” for fundraising support, including married actors Mark Duplass and Katie Aselton, and film critic-podcaster Karina Longworth and her husband, director Rian Johnson. Director Jason Reitman is donating a 35mm projection system.

When the space launches in 2020, expect film screenings and series curated by both outside and in-house programmers, food and bev collaborations, and, most importantly, the return of Vidiots’ 50,000-plus collection of DVDs and rare VHS tapes for rental. The return of the video store as a space for the next generation of movie buffs is particularly exciting for Mackay, a self-described latchkey kid who was raised by the cassettes she brought home from a SoHo video store.

In the meantime, Vidiots will continue raising funds, plotting membership options (“A lot of people ask about the video store membership,” Mackay says. “That’s the reason we’re doing all of this, is to make that collection available to the public”), and continuing to host screenings and programs at partner venues, including the Bootleg in Historic Filipinotown and downtown’s new Alamo Drafthouse.

“We love streaming services, they’re not the enemy, but it doesn’t mean they should eradicate other ways of accessing art,” Mackay says. “A human being can’t be replaced with an algorithm, especially when it comes to talking about art and making recommendations.”

RELATED: Ten Places to Find Rare Movies That Will Help You Get Over the Closure of Vidiots

The College Admissions Scandal: The TV Show Should Be “Outrageous”