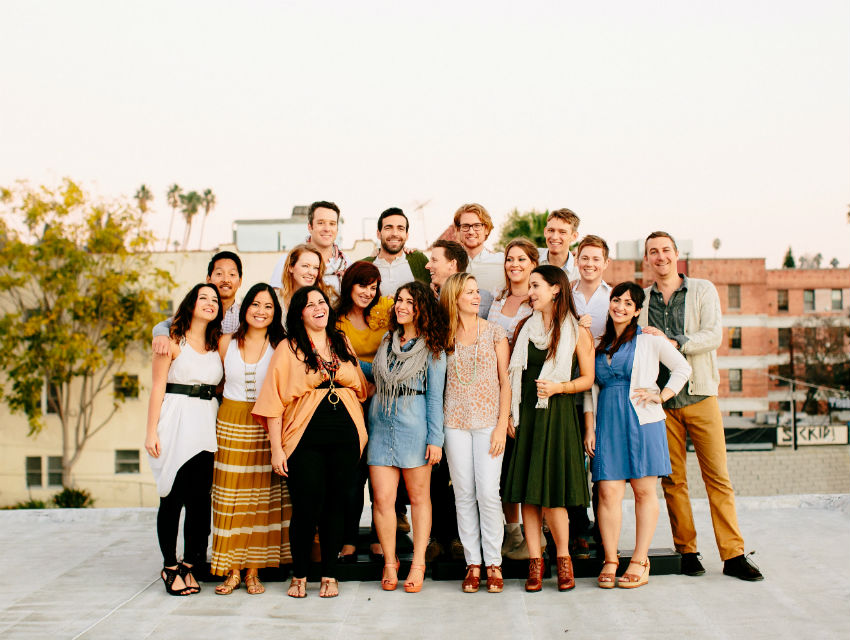 You may not have heard of The Silver Lake Chorus, but you’ve definitely heard them before. TSLC has supplied choral arrangements to movies (such as Will Forte’s MacGruber) and previously worked with Andy Samberg and Akon on the Lonely Island single “I Just Had Sex.” The recently release self-titled debut album features minimal instrumentation backing the chorus’s impressive vocal range (26 voices in total) and showcases songs written exclusively for the group by a veritable smorgasbord of indie pop artists (the list includes names like Sia, Tegan and Sara, Justin Vernon, and Aimee Mann, to name a few). We’re proud to premiere the second video single from the album below.

The track “Overboard” was written by Australian singer-songwriter Ben Lee specifically for The Silver Lake Chorus. “The idea of intentionally ‘going overboard’ captured everything that I felt so fundamental to my experience of hearing [the chorus] sing,” says Lee. “I wanted to celebrate their power and enthusiasm.”