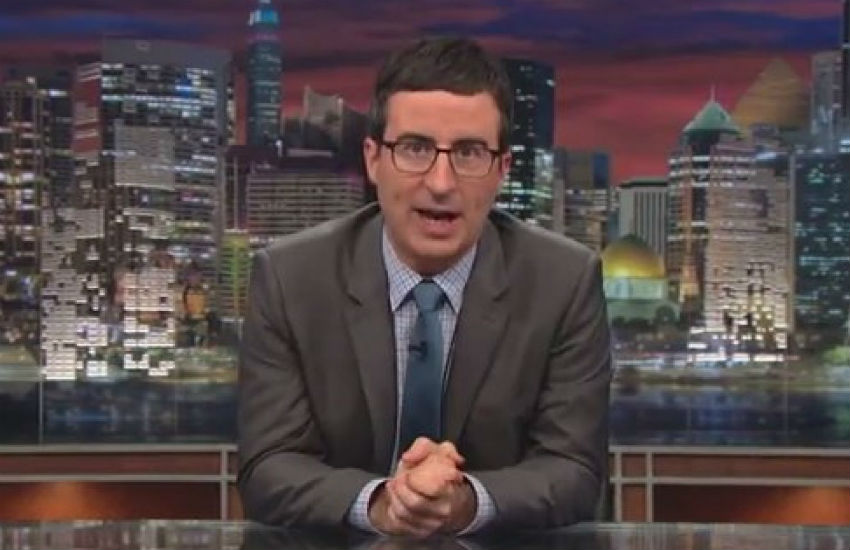 “It’s like the death of a pet,” says host of Last Week Tonight and Daily Show alum John Oliver about New Year’s Eve, in a special web exclusive premiered earlier today. “You know it’s going to happen, and yet somehow you’re never prepared for how truly awful it’s going to be.” While New Year’s Eve is perhaps the most popular party night of the year, the British comedian, whose critically acclaimed show debuted last year on HBO and has been renewed for a second season in 2015, took to the internet to present his own guide to a perfect New Year’s Eve. Forget everything about spending hours getting dressed up just to be stuck at a party where everyone is basically waiting for Ryan Seacrest to come on and announce the time, so everyone can go home.  “Do you really want to sit on your friend’s sofa and watch hummus turn brown all night?” Oliver muses in the video.

New Year’s Eve is often labelled the most overrated night of the year (although, we’re pretty sure our party list is a guaranteed good time) because expectations are so high. But if you follow Oliver’s advice, you’ll be in bed at 11:45 p.m. just in time to watch a Die Hard marathon for the umpteenth time.

“Last Week Tonight With John Oliver” will be back on HBO, February 8.