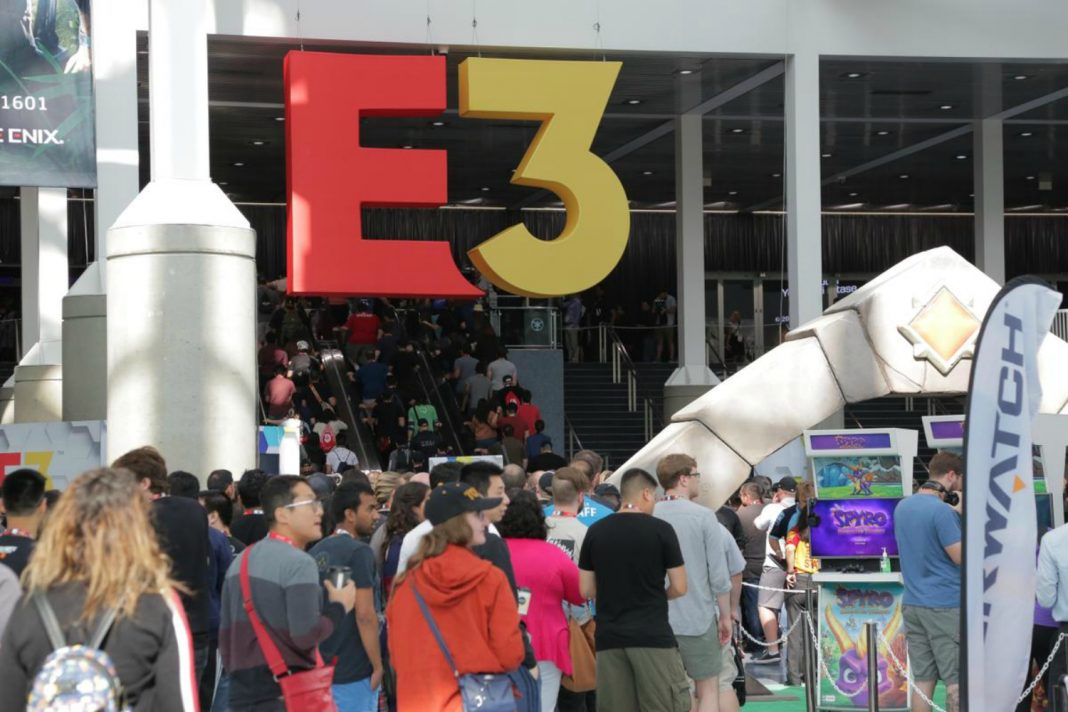 Courtenay Taylor is the rare actor who never really has to worry about being typecast. Sipping on a glass of white wine between panels at last week’s Electronic Entertainment Expo, she’s unrecognizable, even to the fans that swarm area around the Convention Center during E3 week. Taylor has spent her career hidden behind a dizzying array of digital avatars, giving voice to video game characters. “It’s rare that an on-camera actor would play an alien, an old lady, an elf, a young kid, a bad ass, a secretary, and an AI,” she says of the range her work requires. “It’s a challenge, but an exciting challenge.” In recent years, she’s worked on big-name titles including Fallout 4 and Star Wars: The Old Republic.

Video game actors obviously don’t enjoy the same visibility as on-camera performers, but their work is just as demanding—sometimes more so. Video game performance is hardly constrained to voice-over work. As Taylor’s colleague Misty Lee explains, roles may require prowess from the larynx to the the limbs. “Some jobs are you on one mic reading lines in a VO booth, with directors calling in from all over the world giving notes from wherever they are, while other jobs require you to be completely off book and to act the role out like a play in a ‘mocap’ [motion capture] suit on a stage, and some are a mix of the two,” Lee says. “The mix jobs are my favorite.”

Lee, who’s most recent project, Remnant: From the Ashes, had its trailer release at E3 this week, is a multi-hyphenate actor whose career has seen her perform in everything from improv shows at Second City to seances at the Magic Castle. Her diverse skill set has made her uniquely equipped to meet the demands of video game performance.

But there’s a big difference between getting on-camera work and working in video games: compensation. While on-camera actors are eligible to receive residuals, the royalties paid out every time something they performed in is re-aired, video game actors are not.

“We don’t get residuals at all,” performer TJ Storm tells me by phone. Storm was unable to attend E3 this year because he was recording “pcap,” or performance capture, which creates the physical movements for video game characters. In the past, the martial artist has collaborated with Lee—he provides the character’s physicality while she supplies the voice. “Video games make a lot of money. We get a flat fee and we’re out. And half the time we don’t get credit.”

Like other actors, video game performers are represented by SAG-AFTRA, the guild that negotiates on behalf of performers. Because of their unique niche, game performers have long been denied residual payments, a discrepancy Taylor has attempted to correct.

“I was on the committee when we were negotiating the new interactive contract,” Taylor says, referring to a drawn-out contract negotiation during which video game performers staged a 340-day strike. The actors got some of what they wanted, but not everything: “One of the things we went back and forth about was the idea of secondary payments. We did a lot of things to get contracts that would fit. We implemented a low-budget agreement so we could have independent game developers use union talent while also modifying the contract to serve their needs better. They get a streamlined signatory process, they get the option to have a two-hour session instead of a four-hour session, and they also have the option to pay a secondary payment up front or on the back end. So if they hit a certain amount of units, the back-end kicks in.”

While these so-called back-end payments are an improvement, they don’t provide the same level of revenue that commercial and theatrical actors enjoy. Storm believes that change may come most effectively through their fans: “If the fans are curious they should say, ‘Hey, we like TJ Storm’s movement! We like Misty Lee’s movement! We want to see more of that, because they gave so much in their performance. That’s why we play.'”