Home Art This Subversive Sci-Fi Opera Explores the Idea of Being Displaced from Planet... 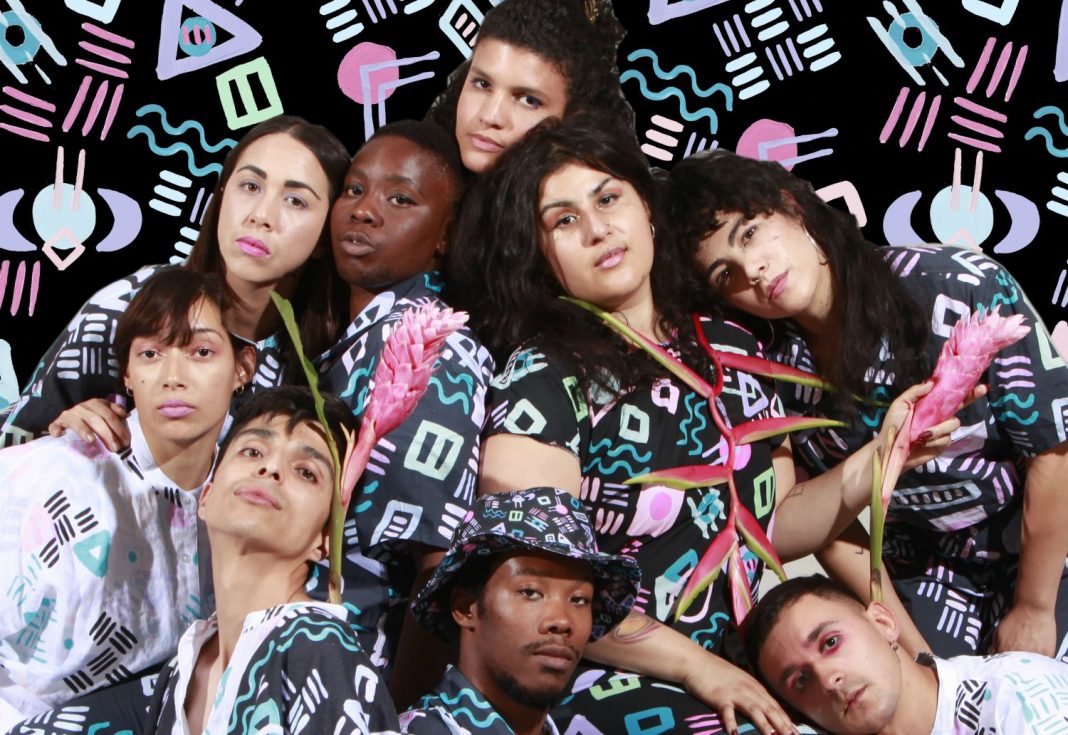 In the Vibration Group, a coalition of people displaced from Earth are living in space, choosing to nurture their community on the ship instead of forging a colony on another planet. The experimental opera from L.A.-based composer and multidisciplinary artist Anna Luisa Petrisko is a sci-fi odyssey that explores subjects like migration, climate change, and chosen families while flipping the colonial narratives so popular in the genre. All this is set to the sound of modern electronic music, at times drawing from styles like synthpop and house.

The characters live by the motto “Psycho Spiritual Body” and wear clothing covered in a print of Petrisko’s own design that riffs on the indigenous tattoos of the Philippines, a nod to her own Filipino heritage. The music is reflective of Petrisko’s style as a solo artist and producer. Her most recent full-length, Green, was released in 2018.

“When I make music, it doesn’t feel like it’s just an album. It almost feels like I can’t make an album without it being a concept album,” she says. “The operas spring out from there.”

Still, she says, there’s a bit of subversiveness in calling her work opera. “I will fully admit that I don’t study opera, high-brow, canonized opera. I don’t study it,” says Petrisko. “I feel like it is a bit cheeky and a bit bold for me to say that I make operas, and it’s also a nice gesture of flipping a high-brow art form.”

The precursor to the Vibration Group is Petrisko’s 2016 opera Body Ship, a collaboration with soprano and sound artist Micaela Tobin (also known as White Boy Scream). “It was a Filipino, sci-fi narrative about sisters who were meditating on colonialism and they took the path of Ferdinand Magellan, the Spanish explorer who is credited with discovering the Philippine islands,” Petrisko explains.

After that experience, she wanted to go bigger. The concept for the Vibration Group came “on the fly” while Petrisko was applying for grants. Once one was secured, the details started to come together and some of that was influenced by the news of the day. “At the time, we saw the spaceship as a metaphor for the migrant caravan, people who are forced to leave their home and find a new home,” she says.

But, the themes within the Vibration Group connect to more than one news event. They’re reflective of both the history and the future of many humans. “It can be about a lot of different people’s stories,” says Petrisko.

Petrisko also wanted to “unpack” the colonization trope in science fiction, citing authors like Octavia Butler and Nalo Hopkinson as predecessors for this practice.

“It’s important for us, in the narrative, that we’re not settlers,” says Petrisko. “We’ve been displaced. We don’t want to displace others. The opera takes place in this suspended space where we had to leave our homes, we don’t know where we’re going to go and we’re stuck.”

When the Vibration Group premiered at Los Angeles Contemporary Exhibitions last November, it was as an experiential event. Guests entered through a plant-filled, interactive installation and had the chance to try “Earthness: The Vibration Group Earthing Consciousness Spa,” a virtual reality experience designed by collaboration Ana Carolina Estarita Guerrero and Tonia B******.

On July 11 at 7 p.m., Starcast with Vibration Group will premiere as a special online event for LACMA members and their guests. It’s a new work designed with social distancing in mind and is part of the Vibration Group universe. The performance will include some music from the opera, which is set for an album release on July 10. However, Petrisko says that it’s more of a “world-building and narrative-building” piece.

“We have a lot of time on our hands—kind of like right now, kind of like when you’re living in a pandemic,” says Petrisko of the characters in the Vibration Group. “Each character has developed their own rituals or research that they’re doing.”

The LACMA performance will also explore some of the trauma that the members of the Vibration Group have experienced and the healing exercises that they developed in response.

“I think that what’s valuable about this performance is that we’re connecting it to things that are happening on Earth right now—the trauma that people are experiencing with police brutality and the pandemic and uprisings for black lives and the uprisings for indigenous lives,” says Petrisko. “We as a group, want to offer some of the ways that we dealt with these situations and developed methods for healing and coexisting while in isolation.”