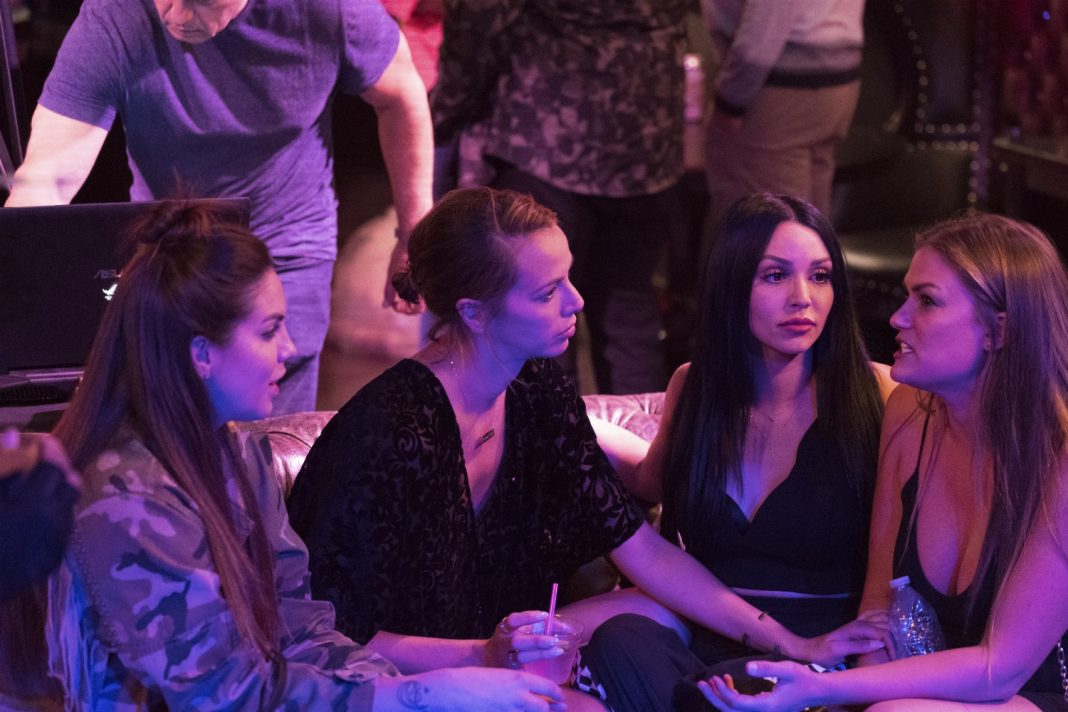 It wasn’t that long ago on Vanderpump Rules that Lala Kent shoved Kristen Doute across a room and yelled at her to sit the fuck down. Lala also used to be mortal enemies with Katie Maloney-Schwartz, playing temptress to her boyfriend and body-shaming her for about a year, calling her a “blob.” I mean, to be fair, Katie called Lala a whore to her face.

All that in mind, you’ll be forgiven for rewinding your DVR when you see this same trio getting friendship piercings in the opening episode of the Bravo reality show’s seventh season, which features Lala giving Kristen a squeeze and calling her “our little third musketeer!”

But that’s the trend among all the women—the three mentioned, plus Stassi Schroeder, Scheana Marie, Ariana Madix, and Brittany Cartwright—at the center of Vanderpump Rules this year.

As we return to Lisa Vanderpump’s West Hollywood restaurant SUR for another romp with #PumpRules, it appears that the women are all in a remarkably good place. They’ve ditched their toxic boyfriends, forgiven past transgressions, gotten their money right, and, most notably, they’ve finally figured out that propping each other up is far more fun than tearing each other down.

“Everyone’s been so supportive of everyone else’s personal endeavors,” Kristen says in an interview. If you don’t believe her, check the Instagram receipts. You’ll find all the women arm-in-arm with Lala at her movie premiere, modeling Kristen’s clothing line, and celebrating Brittany’s engagement to Jax Taylor, the man who caused more friendship fractures among them than anyone else.

Now these women aren’t just friends, they’re a ride-or-die posse, and it’s making for a much more interesting show.

If it’s unclear why this new sisterhood of the traveling SUR uniform is such a feat, let’s review some crucial history:

The point is, there have been major breaches to the girl code. This isn’t about buying the same dress or not inviting someone to your birthday party—these are the kinds of things you don’t just get over. Except these women have.

When it comes to righting past wrongs, the constantly trailing cameras have actually contributed to the healing process, solving as many problems as they once created. “Reality TV forces us to confront all of these things,” Kristen says.

And not just for one’s own validation. “Watching it back, if you thought you were right, but then you see something about how you handled a certain situation that wasn’t good, you have to confront that, too,” she adds. “If you would have told me four years ago that I’d call Ariana one of my best friends, I would have said you were absolutely insane.” She sees it through new eyes now: Ariana may have nabbed her boyfriend, but “the toxicity I brought, trying to break them up, and the whole Miami girl thing, it was too much for them to be around.”

So it seems time—and being continuously forced into rooms together year after year to film a reality saga—heals all wounds.

After filming seven seasons, no one ends up completely on the right side of history. “We’ve all made mistakes,” Kristen says, “but we’ve all grown from it.” In fact, “99.8 percent of us have grown up,” she says. (Who’s the 0.2? Spoiler alert: It’s James Kennedy.)

It’s probably worth noting that previews suggest not every girl in the pack is, well, in the pack. James’s girlfriend, Raquel Leviss, appears to have nothing but love for her boyfriend, but no love from the other ladies, who collectively hate him with the fire of a thousand cigarettes. Billie Lee—one of the few trans voices on reality TV—also clashes with many of them, taking particular personal offense to being left out of a “girls night” event at SUR.

Still, the core crew—these seven boss bitches who have gone through the fire year after year—has finally managed to rise from those ashes.

In an interview, Stassi Schroeder agrees, telling me that the newfound sorority has “been a slow and steady thing. We’ve really put in the work to get to know each other.” Of the cast, she says, “We feel like legitimate chosen family.”

And maybe they should. Seven years of filming together is like 49 reality TV/dog years. It’s a lifetime, especially when it centers around (almost) the exact same crew—a thing that’s somewhat unique to Vanderpump Rules. While long-running reality shows like those in the Real Housewives franchise often rotate in new cast members, eventually ending up with almost an entirely new show, the cast of Vanderpump Rules has remained largely the same. It’s that jumping back into the muck that’s helped the cast mend even the most battered of fences, and become each other’s biggest cheerleaders—something that no gaggle of Housewives has ever really had the chance to figure out, as least as a whole.

It’s making for a season that’s poised to show women in a more empowered state than we’re used to seeing on reality TV, especially on Bravo.

There’s still ire even within the group, of course—Vanderpump Rules is still conflict-based reality TV. But, Kristen says, “the things we’re fighting about now are a lot more deep-rooted.” They no longer battle over petty stuff. She says the arguments are more “I don’t like the choices that you’re making because I’m looking out for you.”

Making the show has been “like one big therapy session,” Stassi says. “Every single cast member is over the old shit because it was so long ago.” This time around, she says, “it feels like a new chapter.”

But it’s not just wisdom and experience that have bonded the women and shaped this into the most girl-powery season of Vanderpump Rules yet. Maybe these reality stars are also in step with actual reality. Referencing the state of women’s empowerment today, Kristen notes: “It’s the climate that we’re living in now, too. That climate in general, it’s made us feel that much stronger—to stand up for ourselves, and to stand up for each other.”

Season 7 of Vanderpump Rules premieres on Monday, December 3 on Bravo.