Home L.A. History The Valley’s Most Colorful History Museum Is Expanding Into a Massive New... 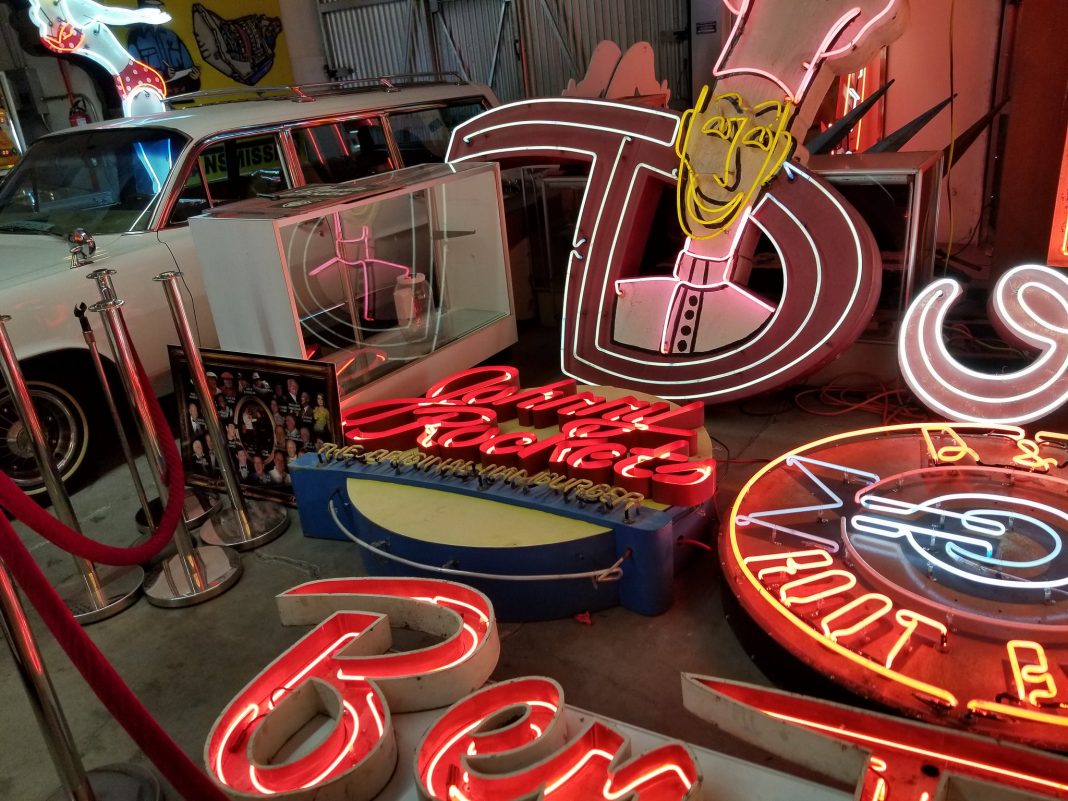 UPDATE (October 29, 2018): The Valley Relics Museum has announced the opening of their new location. Now at 7900 Balboa Boulevard in Van Nuys, the museum will open to the public on November 17, 2018. In addition to more space to show off the collection of SFV artifacts–including some 15,000 relics that were never seen before–the new museum will also include a playable arcade of vintage games, a gift shop selling retro merch, several neon signs that have been refurbished, a display of cowboy costumes and items, space for private events, and spaces for rotating temporary exhibits and collaborations with guest curators.

Packed to the rafters with artifacts from the San Fernando Valley of yore—defunct institutions’ neon signs, bicycles manufactured in the Valley, Nudie Cohn’s white Cadillac—the Valley Relics Museum is a wonderfully overwhelming sensory experience. And what’s been on display at the museum’s 4,600-square-foot Chatsworth space is only a fraction of what museum founder Tommy Gelinas has accumulated over the years.

The museum closed on Saturday, August 4, and will reopen inside a pair of airplane hangars at the Van Nuys Airport. “We’re absolutely ecstatic about moving into our new location,” Gelinas says via email. The new 10,000-square-foot location doubles the amount of space available to exhibit more of the collection, including items that haven’t previously been seen.

“We had outgrown our space years ago and we have been waiting for the right location,” Gelinas says. “We have accumulated such a large amount of artifacts. This will allow us to spread our wings—no pun intended. We can now stream line and curate the museum properly, show items that have never been seen before.”

Gelinas was in the news just last week, when it was announced that iconic L.A. hot dog stand Tail o’ the Pup had been purchased by the 1933 Group; the programmatic building was donated to the Valley Relics Museum a few years ago. “I was just honored to have it in my possession to keep it safe,” Gelinas said of being the structure’s custodian.

The non-profit museum is asking for donations, the bulk of which, Gelinas says, go toward rescuing and restoring items. The museum also co-presents San Fernando Valley Summer Drive-In Nights, an outdoor film series in Lake Balboa. They’ll be screening Pee-wee’s Big Adventure and Selena on August 10 and 11, respectively.