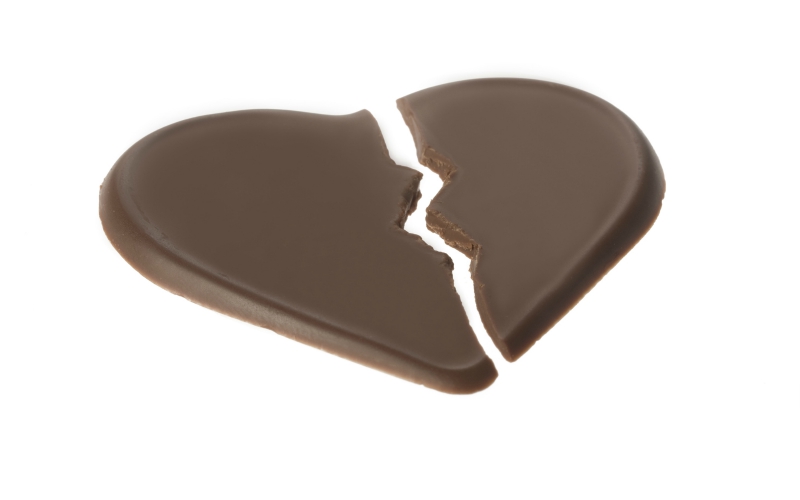 February 14th generally occurs during the tail end of the lunar year, recognized by Tibetans to be the unluckiest time of the year, filled with erratic energy, malicious spirits, and, yes, evil. Many live in fear of this time of year, even refusing to leave the house until the new year begins. Sound familiar?

It certainly resonates with me. Twice, I’ve spent Valentines Day day puking my guts out. Then there was the year my boyfriend back home went to a strip club and then confessed over our Valentine’s Day Skype call, embarrassed that he’d run into my parents’ friend there (I’m not sure which aspect disturbed me more).

Here are some other Valentine’s Day horror stories to make us all feel better about the mediocre-at-best day we’re all about to overspend on.

“A week into knowing this woman, she told me she loved me. I should have run in the opposite direction, but I didn’t. The thing about dating a crazy person is you’re constantly trying to salvage it. You’re like, ‘If I’ve invested this much time and walk out now, it’s a waste,’ like getting sick the last week of senior year when you have a perfect attendance record. So I was gonna save the relationship with a Valentine’s dinner. That day I woke up with the flu and had to work late, but was determined to make the date happen and terrified of canceling on her. There I am in my apartment cooking gnocchi, standing over a pot and steam is just barreling out of it. The oven is on. I feel like I’m gonna pass out. At dinner she says, ‘I think you’re in love with my best friend.’ Whaaattt? The night devolved into hours of fighting [and] trying to convince her otherwise. We slept on opposite sides of the bed, parted like the Red Sea. Still super sick, I broke up with her the next morning and went to work. She sent me an email later entitled ‘My Bloody Valentine.'”

“Ninth grade. Texas City, Texas. I’m rocking the haircut of a not-cool boy from a John Hughes movie and a Gumby T-shirt that I designed and hand painted (with puffy paint, thanksss so much). I also have the inexplicable balls to ask a very cute, very cool baseball player to the Sadie Hawkins dance, which happens on Valentine’s Day. I ask him after art class. It’s super awkward. He mutters ‘sure’ as he’s literally walking away. Valentine’s evening comes. He and his mom pick me up. I like the ‘farmer girl’ outfit that my mom cobbled together, but there’s just ultimately not a lot to be done about the Anthony Michael Hall hair. Bone-chillingly, I think I even had a ribbon in it. The conversation on the ride was crushingly minimal. The second we got inside the dance, he ditched me to find his friends, and later left without telling me. It suuuuuuuucked. Perfect eye-burning, hot-face, about-to-cry, feeling-like-the-loneliest-person-on-earth teenage embarrassment. Every so often I still get a Facebook friend request from him. Yeah, not gonna be hitting accept like ever, bruh. Quick but crucially important side note, I have honestly had exceptionally rad and fun V-Days for many years now due to my dope, way more cute than that guy husband, Dan O’Connor. So, eat a fat bag of dicks, *J.R.

(*not his real name, although his name was a douchey two-letter name.)”

“During recess on Valentine’s day in the fourth grade, a girl presented me with a large chocolate heart. For some strange reason, I showed my thanks by opening the chocolate right there and shoving the entire thing in my mouth. I chewed and chewed, but it was too big to swallow, and quickly my throat and nasal passage filled with liquefied chocolate. I couldn’t breathe! I spit out everything in my mouth, the wad of half-chewed chocolate plopping at the girl’s feet. Undeterred, she asked, ‘Will you be my boyfriend?’ Afraid and embarrassed, I said no and ran away.”

Erica Rhodes, comedian and actor (A Prairie Home Companion, The Off Season)

“One year I was single on V-day and thought, ‘I’m going to take myself out for ice cream.’ I decided to walk (it was about two miles away). It was hot out and it felt like a long walk. But I felt like a ‘strong, independent woman’ taking myself out for ice cream and was SO excited to get my favorite, mint chocolate chip in a chocolate cone. When I got in line and reached into my purse, I suddenly realized I forgot my credit card and I had no cash. Desperate to satisfy my craving, I started digging for coins. I found exactly $3 in coins thinking it was enough, but when I requested the cone [the woman behind the counter] said, ‘A cup is $3 but a cone is $4.’ I bashfully changed my order to a cup and handed over a handful of change, like a pathetic, homeless girl. She must have felt bad for me, because as she handed me my cup of mint chocolate chip ice-cream she said sweetly, ‘I added some broken cone pieces in there for you.’ I thanked her and walked home two miles alone with my melting ice cream and charity cone pieces. Then I called my Mom and she said, ‘I don’t know what’s sadder: being single on V-day or being single on V-day and talking to your Mom.'”

Jackie Kashian, comedian and host of The Dork Forest

“Valentine’s Day in the world of stand-up comedy is almost always a guaranteed booking if you’re a woman. In the old times (hell, let’s not even—early 2000s and some places today), the way bookers booked women comics would be ONE WOMAN. And one or two headliners per year…usually the opener or middle. Never more. Except on Valentine’s Day. Then it’s ‘Ladies Night.’ And it would be booked as a freak show. Sometimes the club booked a ‘token man’ to host who might feel obliged to make crummy comments about what each woman comic looks like. But the cool thing about Valentine Day gigs was that you would, finally, have a green room of just women comics hanging and riffing.”

RELATED: The Best Ways to Celebrate Galentine’s Day—and Why You Really Should